Maebashi Matsuri: On the Inside Looking Out

I've written many a blog about the matsuris (festivals) that go down in Japan. They are, simply put, amazing. I've always been an onlooker, just gazing at awe at the decorations and showmanship in the parades, and buying from the food stands. This time around though, it was different. For Maebashi's Matsuri on October 11th, I got to be a part of it.
Here I am with Ms. Itoken, who was kind enough to lend out her matsuri wear. Definitely wouldn't have been able to get this 5 piece outfit on without her. The Itoken's run their eye glasses business on the first floor and live on the second. So kind to welcome us in! 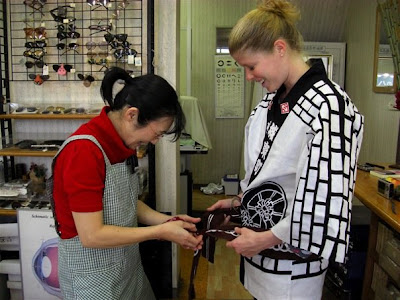 The city is broken up into lots of different "machis", or areas. Several machis have a float they parade around during the festival on side and major roads. There is a lil community invested in the float and they practice the music and procedures together literally every day for a few hours for almost a month before the fest. The machi that took us in was so sweet and one of my students was even helping out! 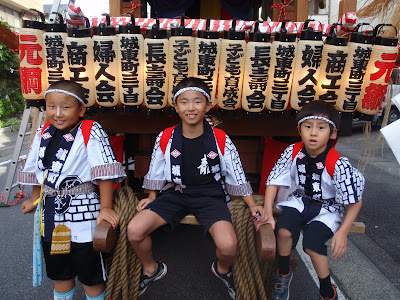 They let/dared me and Brooke go up on the top. Of course we accepted. 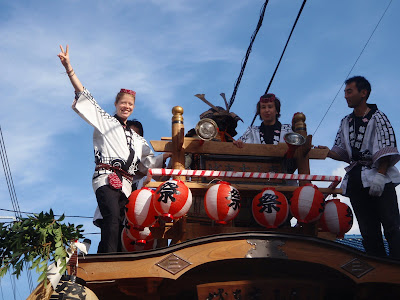 The two foreigners and the she-samurai ridin' high. 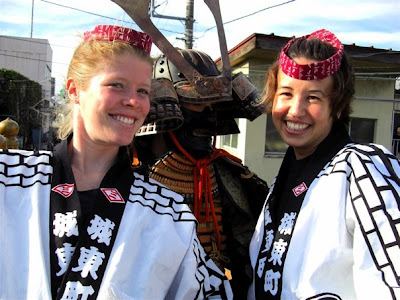 Waving to the crowd... gotta give the people what they want! 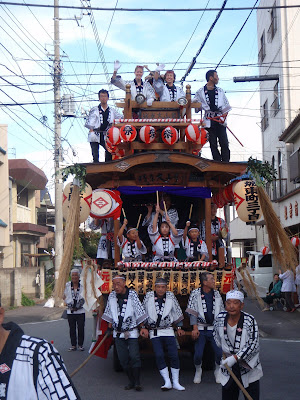 In the middle of the route, we stopped and had a dinner and drinks stop. A tent was set up just for our float and everyone got yakisoba and beer. Talk about service! I of course gravitated to the beer and hillarious old guys. 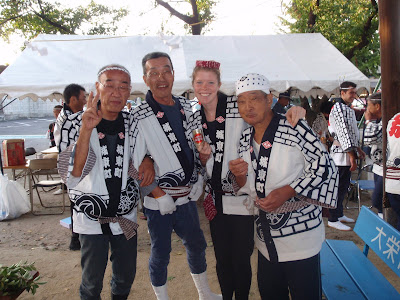 But, the kids were awesome too. 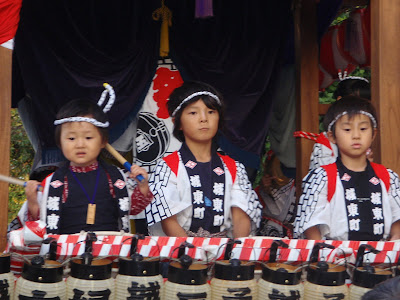 Impromptu game of jump the 'snake'/rope. 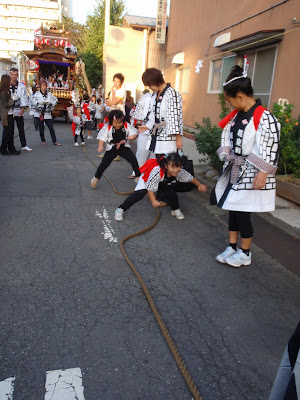 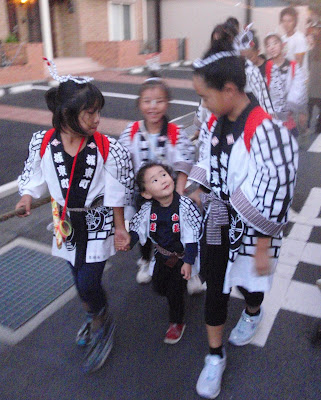 Post float action, we headed to the main festival area namely to flaunt off our sweet festival get-up, but all the delicious festival food didn't hurt. Brooke's really digging into "The's Burger"... she couldn't finish it. 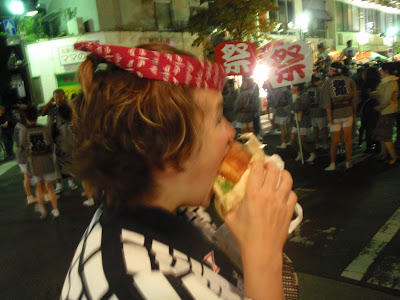 A few posts ago, I wrote about practicing with a taiko (Japanese drumming) group. Here they are, performing at the festival. 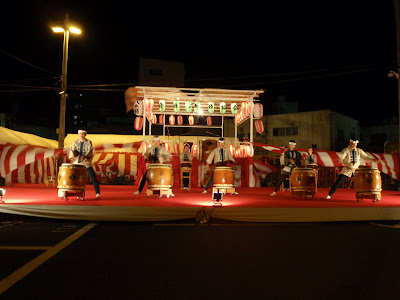 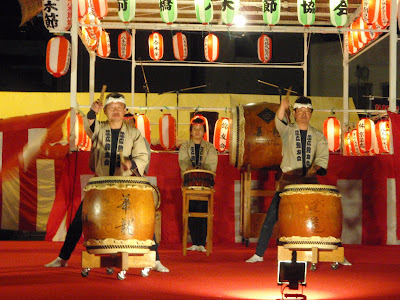 I ran in to a few of my students. All but one was super excited to see me and managed to speak English enough to ask me if Alex was my boyfriend/husband. "No, I am single now actually and his wife is in Tokyo. Sorry to disappoint" = "No". 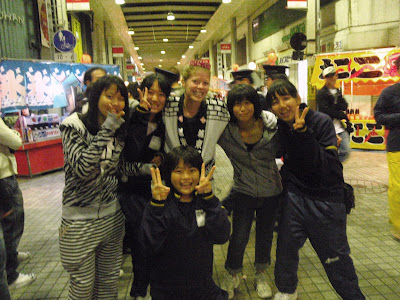 Not only did we get to be 'on the iside looking out' for the float adventure, we also were asked to join in on the Maebashi Dambe Dance. I wrote about this last year as an observer. It is still the same crazy dance and hits an 8 out 10 on the ridiculous concepts idea. Basically, the main road of the city is closed down and thousands of people from 2-102 represent their machis and do the same choreographed dance as everyone else while music blares from loudspeakers throughout. I was not one of the dedicated ones that had learned and practiced the dance for months in advance, but I think given the circumstances I picked up alllllright.

Dario, me and Brooke doing the dambe dance with our noise makers in hand. 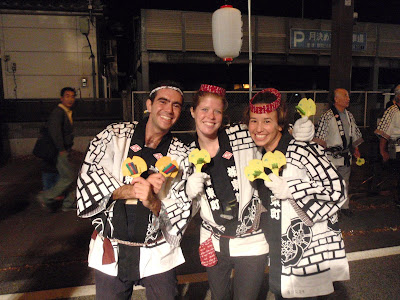 You gotta see it to believe it. 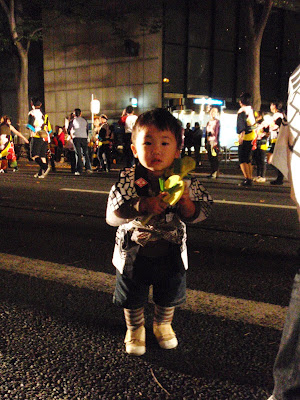 Oh, and just to increase ridiculous, throw in a few bird mascots for good measure. 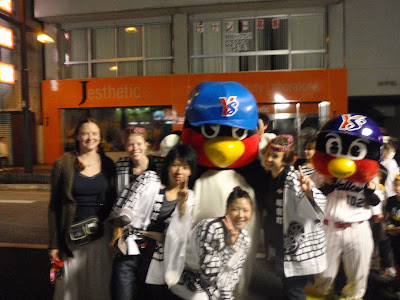