Since Thanksgiving Day was also Kamara's birthday, it gave us the perfect excuse to go to Tokyo and celebrate with her. Conveniently, I also had to get two vaccines and thus two sore shoulders at the International Clinic in Tokyo. Don't worry though, I totally got a lollipop. We stayed at the same amazing suite in Roponggi and had a night out on the town for the birthday girl.

The next day, after getting our shots for Thailand and having an amazing Chinese lunch, we headed to the area of Tokyo known as "Asakusa". Apparently this golden thing is supposed to be the foam on the top of beer, because it's a brewery... but it really just looked like poo to me... which for some reason made me want to hold it. 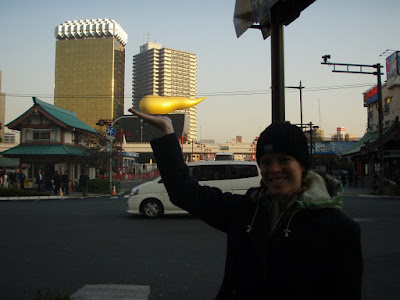 Not far from the poo, we reached our destination: The Senso-ji Temple. But first, we had to pass through the Thunder gate. 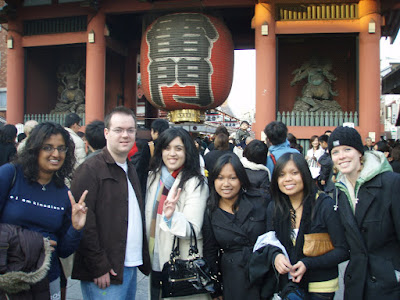 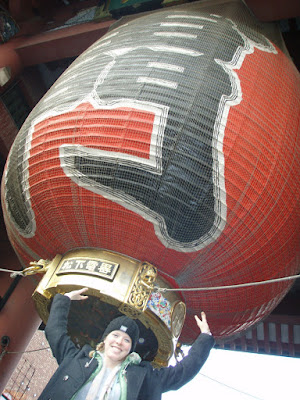 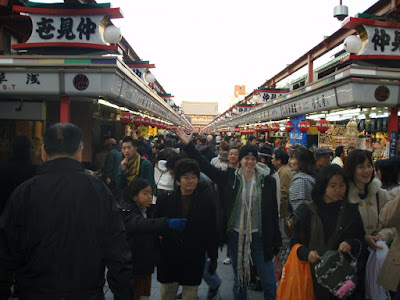 This street is normally crowded, but since it was a holiday it was PACKED! 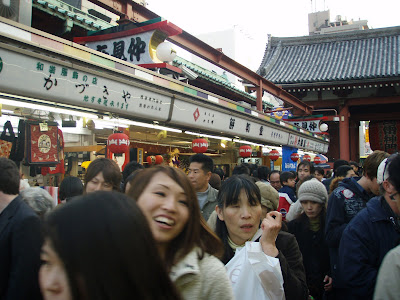 And then, there in the distance, with golden rays protruding, we found this gem!!! Take a guess who took the longest and was last to order. I ended up getting the Hokaido (northern most prefecture of Japan) speciality which I couldn't get anywhere else... a complete success. Next time I'm totally getting tofu though. 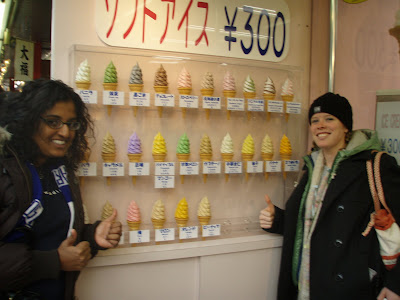 Are we there yet? Nope, just to the second gate - the Hazomen gate. 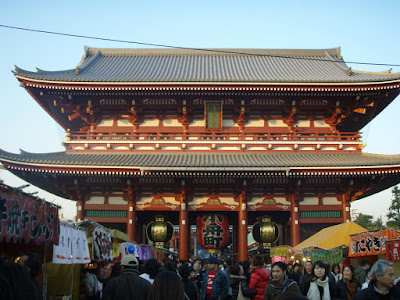 Temples in the middle of a city, or the city overtaking the temples? 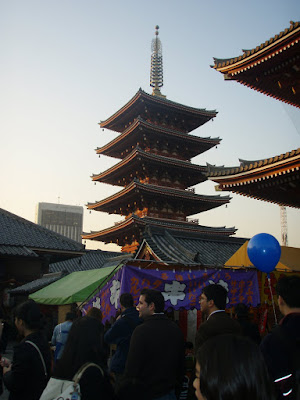 Still before we actually got the temple: we passed an area where you could pay 100 yen ($1) for your fortune... I didn't know they could be bad fortunes. Apparently neither Gopika or I are supposed to be traveling to Thailand; uh-oh. 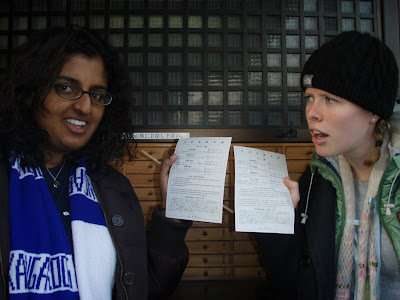 Kristine and Carol on the other hand got good fortunes. 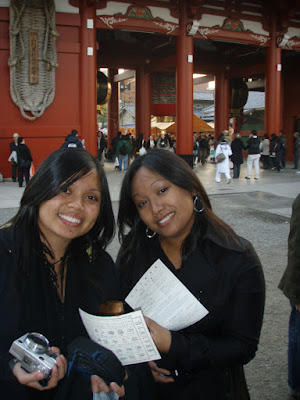 Next step: tie your fortune on the rope. I don't know why, but I thought it might release me from the bad fortune; like, 'ahhhh, I've reflected, and now I can move on. Let me tie this crappy fortune to the rope so I never have to look at it again.' Instead, my fortune broke and wouldn't stay on the rope, inevitably leading to my eternal bad luck. 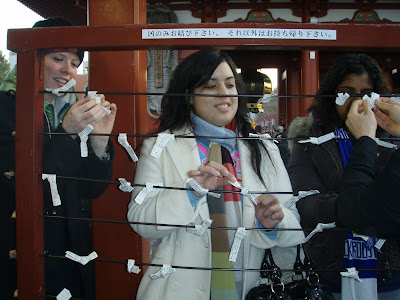 Cleansing ourselves before entering the temple. Hand, hand, mouth, spit. 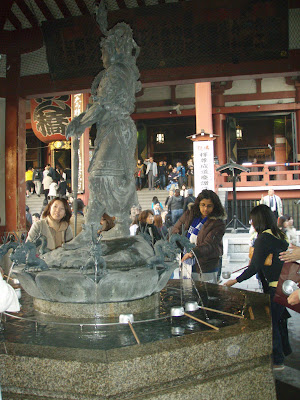 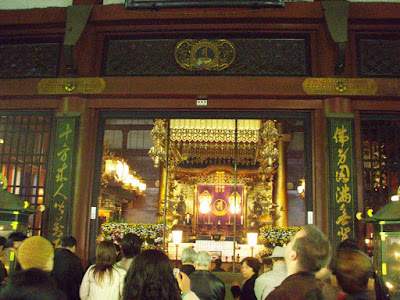 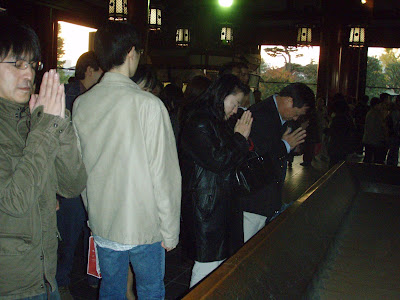 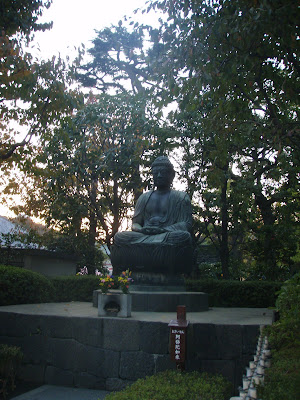 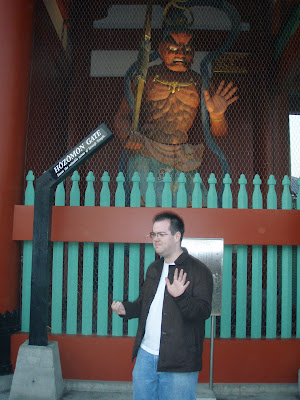 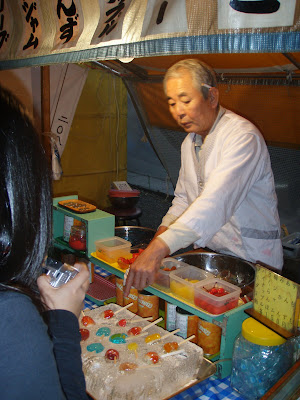 There was another great shopping area nearby where I ended up buying the sweetest pair of $2 go-go boots for Kristine to wear to the Christmas Party. The next best find was this mashed sweet potato filled apple. How did I not think of doing that with my harvest of sweet potatoes? I mean, I did em candied, in soy sauce and sugar, baked with brown sugar, chunked and cooked in rice, and fried in a skillet. Mashed and stuck in an apple was the obvious next step. 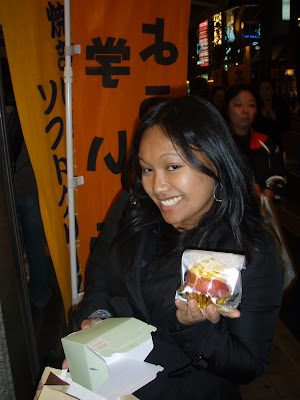 In conclusion: Asakusa = golden poo, lots of people, the best soft served ice cream ever, a beautiful temple even if it takes forever to get there, and shopping worth the wait.
Posted by Sarah M at 2:03 AM