Jenny Does Japan 8: Why Hamamatsu?

Hamamatsu is not exactly on any of the "Top Ten Places to Visit in Japan" lists, but it definitely should be. It's a pretty big coastal city half way between Osaka and Tokyo. Actually, the fact that it's not one of the huge tourist destinations (amongst foreigners at least) was one of main reasons it appealed to me. Luckily, Jenny was here for long enough for us to visit the major "Must See Cities" like Tokyo, Kyoto, and even Osaka, Hiroshima, and Miyajima... but I was really looking forward to visiting a city not on the usual foreigner destination route. I can't even remember exactly how I came about finding Hamamatsu, but I do remember reading something about a massive kite festival when Jenny was going to be here and deciding then that we WOULD witness said festival. There are a lot of things I love about Japan, but summer festivals are definitely at the top of my list, and something every visitor to Japan should experience. It was just our luck that this one was happening early enough for Jenny to enjoy, and it just happened to be 'on the way' back towards Maebashi... kind of;)
So, we had ridden all sorts of public transportation thus far, but Jenny finally got to have her first experience on the Shinkansen (bullet train). More comfortable than an overnight bus, smoother than a regular train, much less crowded than the buses, and by far the fastest option out there. Also like 5 times the cost, but to ride the world's FASTEST train, it was worth it. The views were incredible too; if only sleepy old man would've offered me the window seat, I'd have been in heaven! 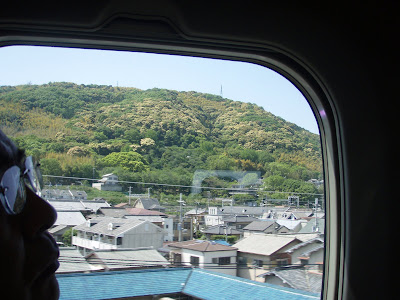 So, we had been in the big 'ol crowded and developed cities of Tokyo and Osaka, done the sightseeing bits in Kyoto, historical bit in Hiroshima and Himeji, nature bit in Miyajimi, and now I wanted to share some more of Japanese traditional and modern culture with Jen with a look at a Japanese festival. Even though Hamamatsu isn't a huge foreigners destination, some 2 million people come to this 3 day festival every year... so I knew it'd be quite the spectacle. There are a ton of different events going on all over the city, but we planned it to get there in time to enjoy some festival food and beverages before checking out the float parade. 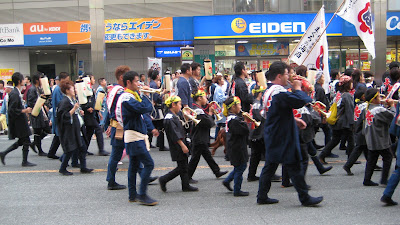 Then came the paper lanterns held by the peeps chanting "oicho, oicho!" 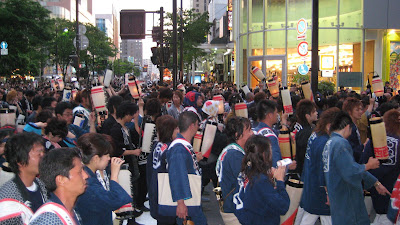 And finally, the gorgeous floats. Over 80 neighborhoods compete to have the most spectacular goten yatai (palace-like float) in the float parades which illuminate the downtown area. Most of the floats had children playing flutes and drums, and even though I can't tell the difference, apparently the music played at this particular festival is different than other festivals because it's the same music performed in kabuki (traditional Japanese theatre). 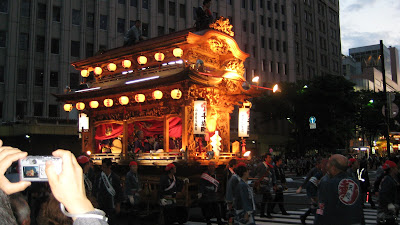 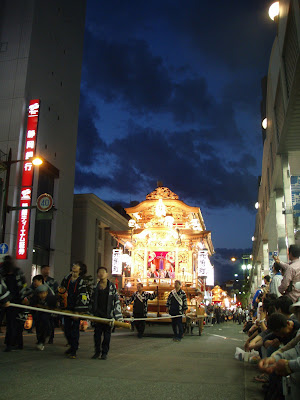 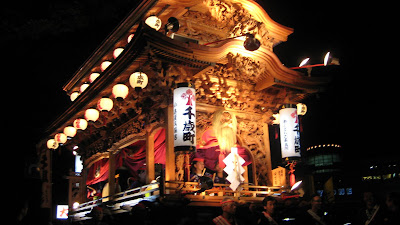 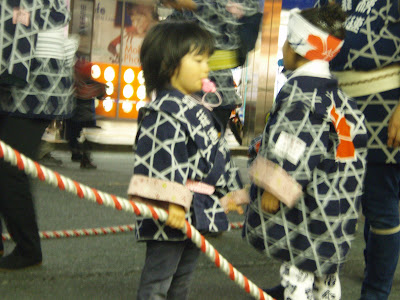 Jenny went with the wiener on a stick... 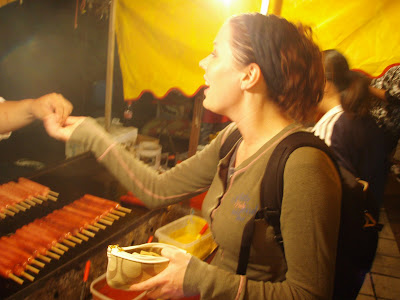 and some pretty inedible cotton candy for dinner. This woman was workin' hard for the money. Too bad the cotton candy was nassssssssty! 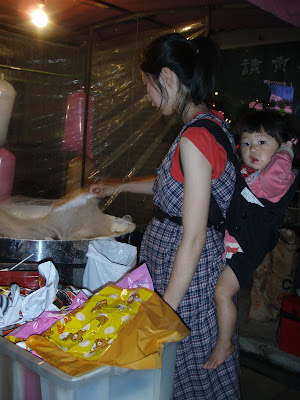 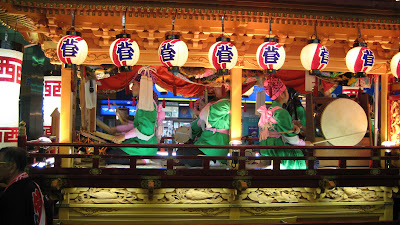 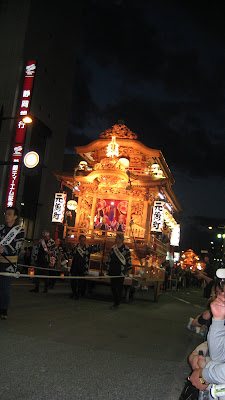 This gives you an idea of how many people really were at the festival - check out that train! 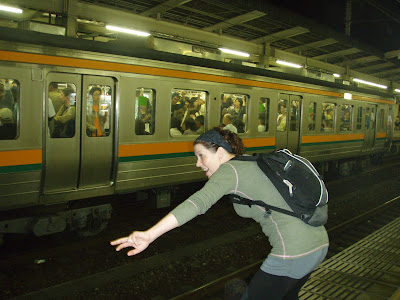