As the year comes to an end and the national holidays of the Emperor's Birthday and the New Year approach, employee's all across the country gather for one of many annual enkais (work related drinking and eating party). Our Gunma JET crew organized an enkai for us ALT's up at a ryokan at Lake Haruna. 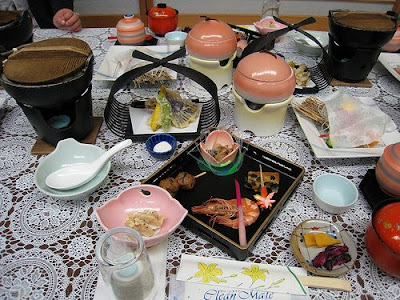 Before anyone can eat or drink, you have to kampai! (Cheers!) 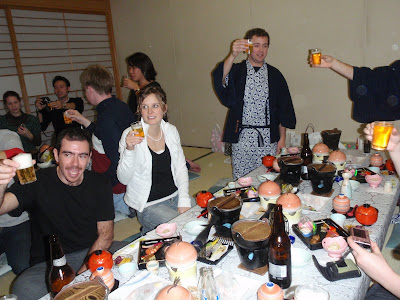 And then the fun begins! Most pictures from this event were totally inappropriate for this blog, namely because of the embarrassment that would ensue, but let's just say fun was had by all. 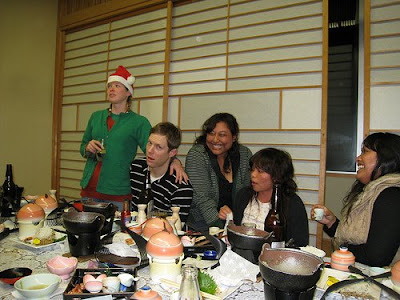 We threw in the American tradition of Secret Santa. I got American soda (not pop, soda). 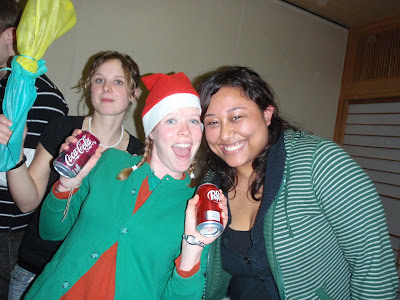 And then the karaoke machine was brought out. This was our spontaneous rendition of "Like a Prayer", which looks more like a modern day "We Are the World" op... minus all the famous people. 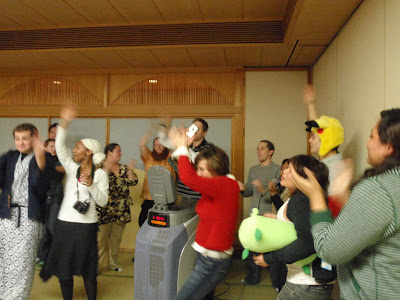 Dedicated to our marathon training schedule, Ronan and I even woke up the next morning for a run around Lake Haruna. There was frost/ice on the ground and I could see my breath, but it was still absolutely gorgeous. 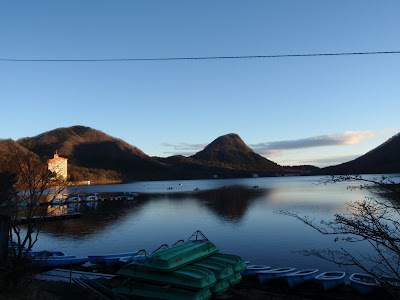 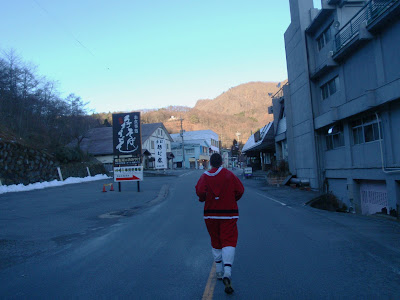 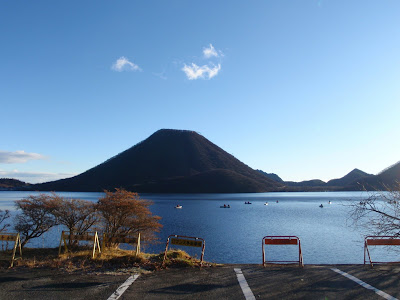 Swimming in the lake post run was optional and INSANE, so I opted out. 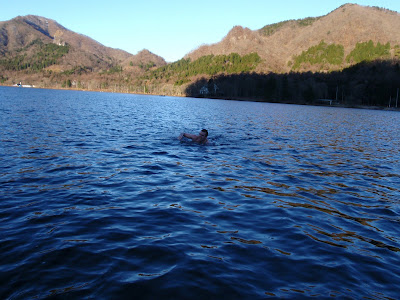