I Heart Hiking in Japan: The EPIC Mt. Myogi

The day had FINALLY come! After approximately 382 failed attempts at hiking the infamous 'most lethal' mountain in Gunma, Mt. Myogi, the weather was finally JUST good enough to risk the climb. 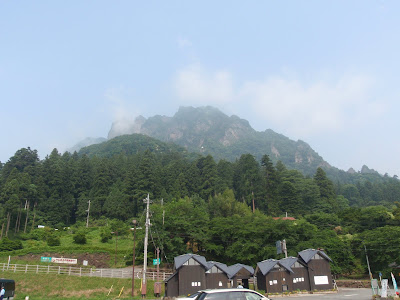 Awesome off center, slanted group pic on timer off the roof of the car. Representing Maebashi die hards from left to right are: Takahashi #1, Alekh, me, Erin, Alex, Julie, Jen, and Laurel! 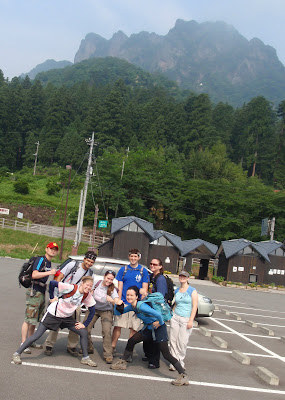 It starts off all Japanesey, shrine entrances and whatnot... 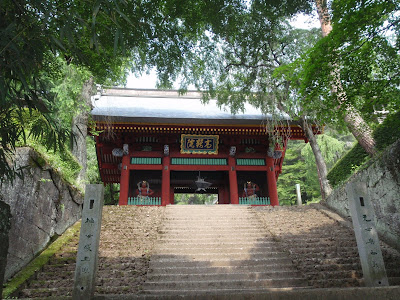 and there were even stairs, and a torii gate. 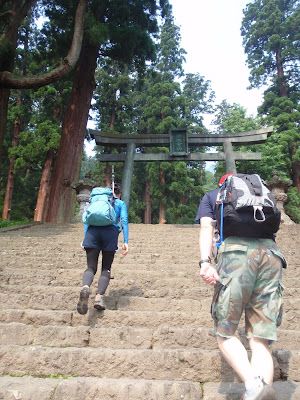 And then, the REAL hike began. 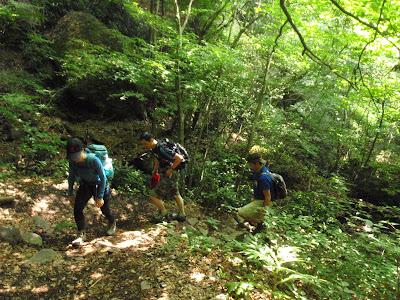 First and only real landmark of the trail: giant kanji. 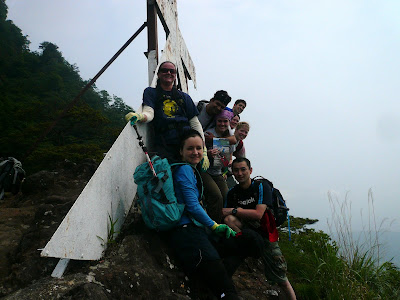 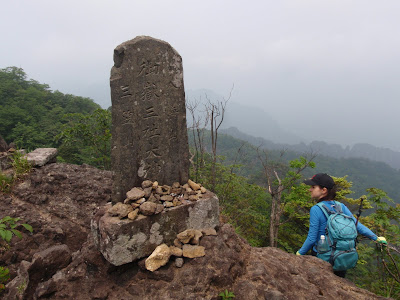 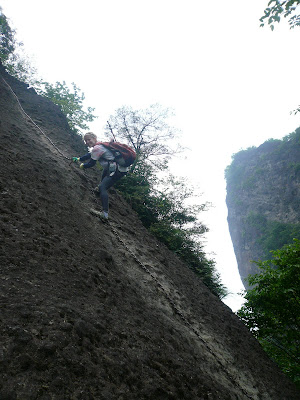 Half way point where those exhausted... have a cigarette and whiskey. I heart Hiro. 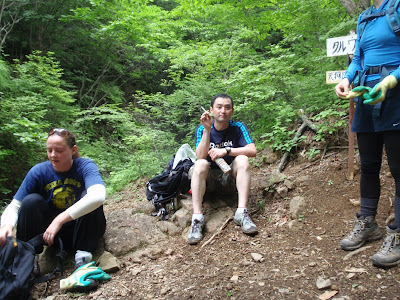 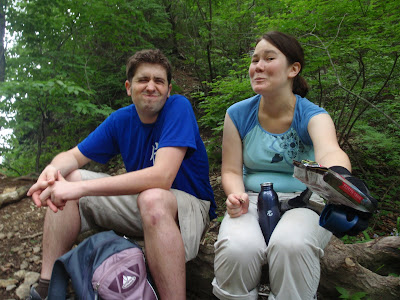 And we've reached a summit! 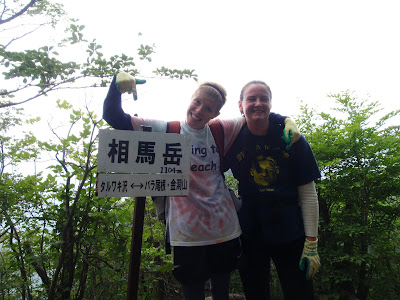 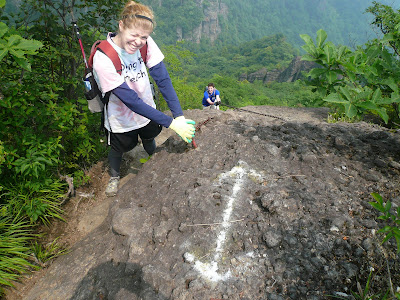 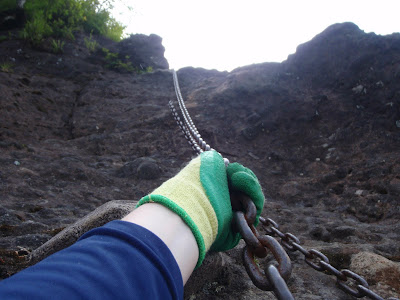 Alex'll be comin' round the mountain when he comes (yee-haw!). 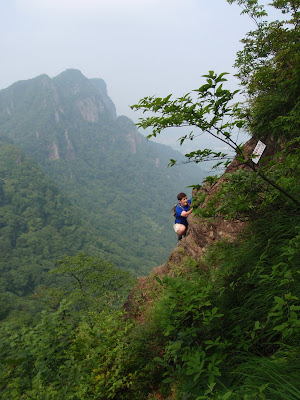 Julie standing in dismay as she sees yet another chain to abseil. You can do it!!! 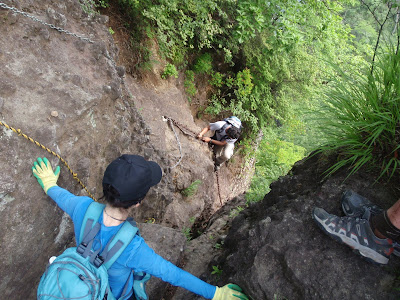 It didn't rain... but it wasn't clear skies. Still a pretty sweet view. 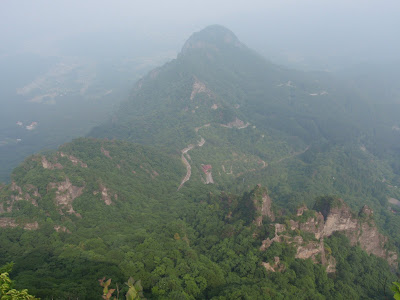 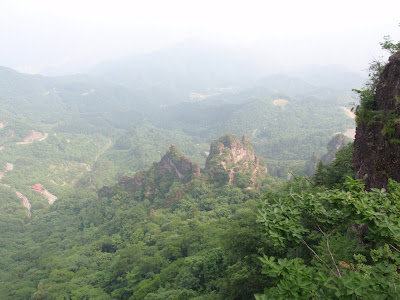 Back at the arch near the base. 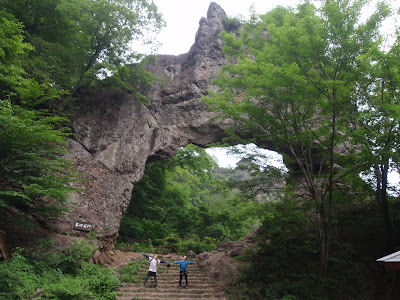 Don't feed monkeys onigiri bigger than themselves... they will explode. 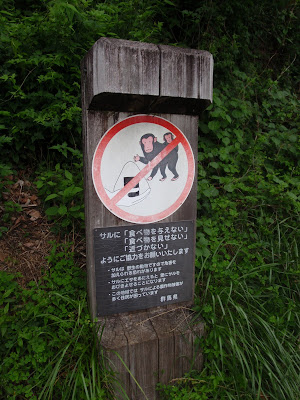 Boooo - made it back to the lot just in time to miss out on softserve strawberry ice cream:( 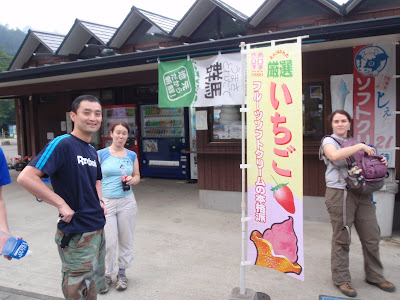 Dominated it!
Most lethal, my butt! We kicked YOUR butt, Myogi!
One and a half years after the anticipation regarding the challenge that is Mt. Myogi left me, quite frankly, disappointed. Was I more sore than I had ever been before in my life? Yes. Did some people reroute half way through? Yes. But not one person died. There wasn't even a major, or minor, injury! Bring Kilimanjaro on! 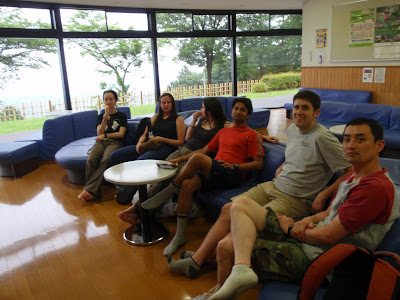 And a return to the post best hike cuisine: Sushi-Ro 100 yen sushi!!! 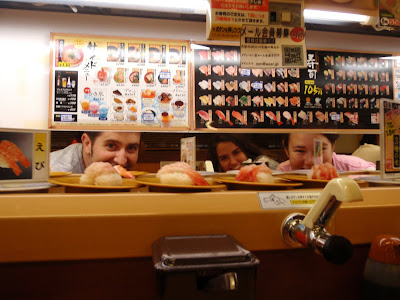 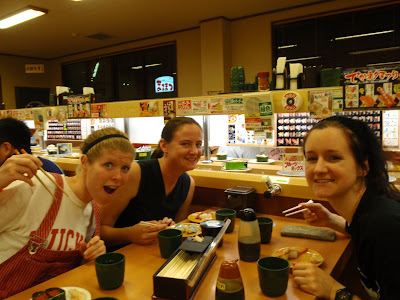 Hi! How long did it take from the shrine to the Ishimon? That was before the chain abseiling?

From the first picture of the shrine to the first ishimon, it is only about 5 minutes... that is before any real 'hiking' or abseiling if we're thinking of the same one.

Hello. I am going tomorrow morning to that area.
Where is the western entrance to the park? I am coming by car. I cannot find a road on the map... Nothing online mentioned. Need help. Cannot find the town Michinoeki for getting a map.... Can you help plz? thanks