Kuching is the capital of Sarawak and means 'cat' in Malay. I saw lots of cats, most of which needed an immediate trip to the vet. Luckily it's not name is not attributed to the nasty stray cats that roam the streets. There's actually a highly debated naming history. If interested, click here: http://en.wikipedia.org/wiki/Kuching#Origin_of_name . 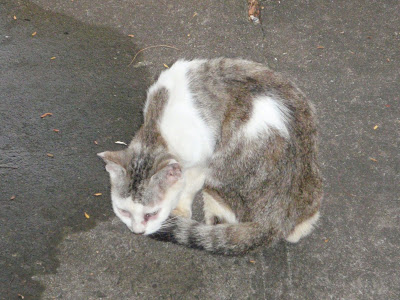 Admittedly, I wasn't there for the cats. Julie and I stopped for one night's sleep, shower, and laundry. 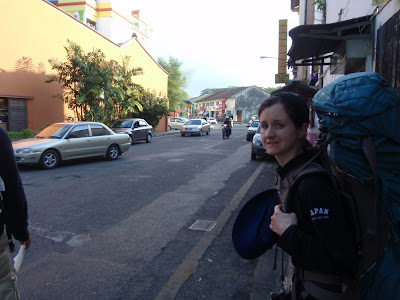 We 'splurged' on an awesome hostel, known for it's local art work and decor. 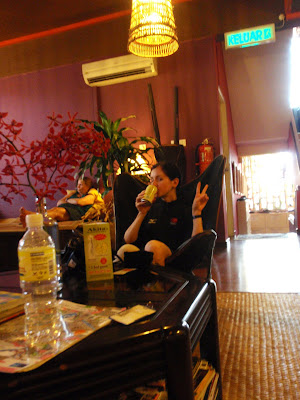 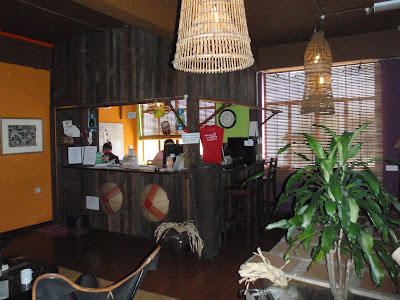 Awesome breakfast bar and lounge on the top floor, complete with hammock and pool tables. 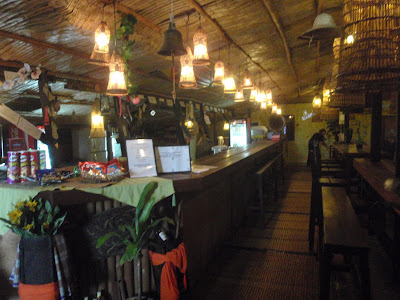 I don't think I really realized how color deprived Japan's architecture was until traveling. Singapore had amazing color schemes and Kuching wasn't far behind. This building was awesome. 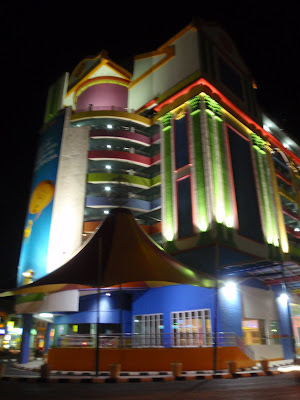 We spent FAR too much time attempting to find a laundromat that was open and could handle all our stank. Of course we did, and even found a nice local restaurant open across the street. Julie and I looked at the 20 page menu in Malay and and proceeded to stare wide eyed at the staff. A young guy, Mirull, spoke decent English and we told him we'd like something fresh and local. After much discussion (and Julie clarifying just about every possible food and cost related matter possible up), we ordered three dishes. What came out was not what we ordered and two of the dishes were exactly the same, with the exception of broccoli in one and not the other.
As we were waiting, four of Mirull's friends "happened" to show up. Despite our disappointment with the shadiness in the meals (which were actually still pretty tasty), we had a great chat with the boys over dinner. It was really interesting to talk to them about their futures, cultural expectations with family, religion (the vast majority of Malaysians are Muslim), musical interests and pop culture. Cheeky boys, but fun and interesting. 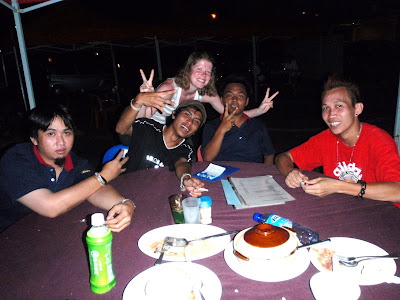 To round off our laundry and dinner date, we got some ice cream and walked along the riverside esplanade. 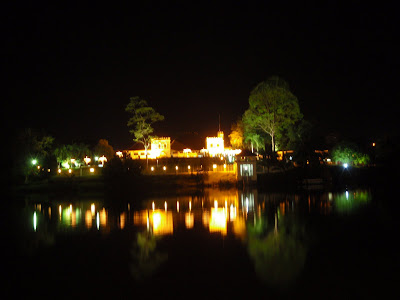 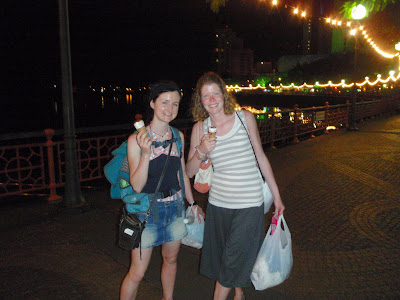 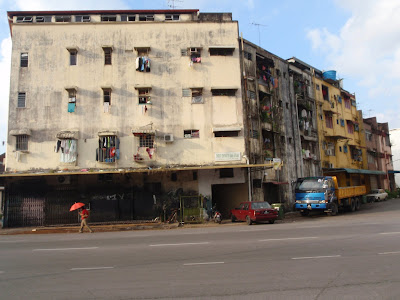 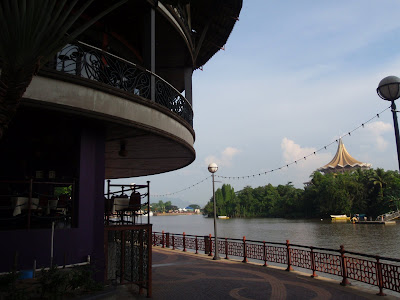 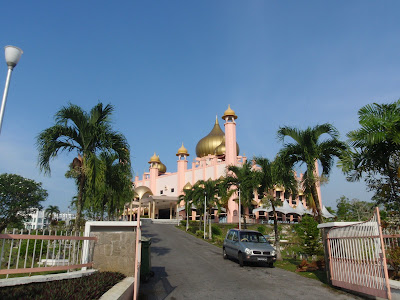 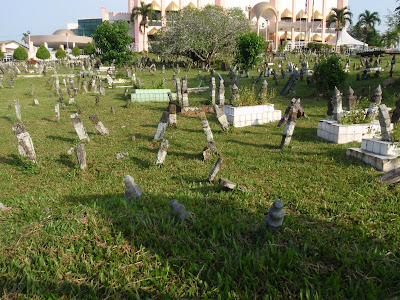 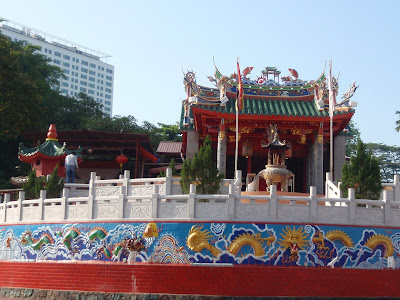 As always, I left wanting more of this leisurely, sophisticated city. We didn't know if we'd make it back or not (we didn't), but I was definitely ready for the adventure that awaited us in Gunung Mulu National Park!
Posted by Sarah M at 1:16 AM