Malaysia Take Seven: Sleepover at the Longhouse and an Exit from Mulu

Arrival at the longhouse village. I had no idea what to really expect of this, but the description was desperately screaming "tourist trap!" The experience however, was anything but. As we drifted down the river for hours, we saw maybe two other villages. I really felt like this was a unique society not just anybody can hop on a plane to see. It turns out that it was actually our tour guide Larry's family's village! We were chatting with a guy who lives there, who turned out to be Larry's brother, a paraplegic Olympic swimmer. Crazy.
Anyway, I felt really fortunate to not only be allowed to spend the night there and have a delicious feast prepared, but also to be welcomed with open hearts and dirty fingers. 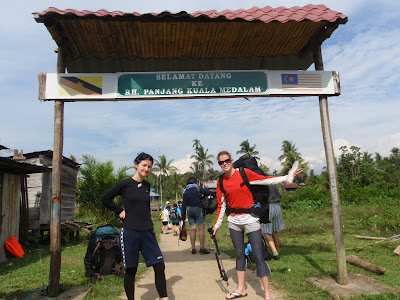 The longhouse from the outside. It's like a whole village living in one big long house, divided into a public area along one side and private living quarters along the other. 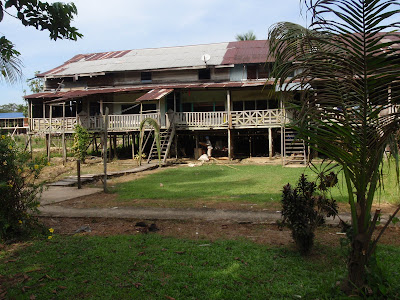 Our digs for the night before we claimed a spot to lay our futon. 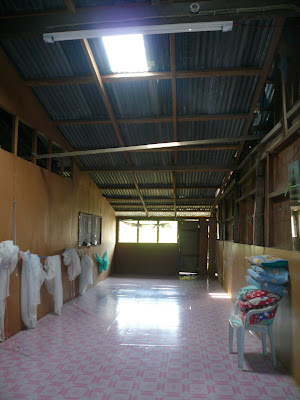 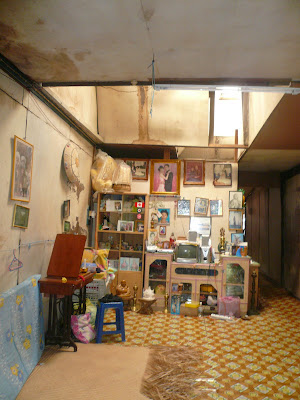 Some kiddos were playing out in the communal area, which I immediately gravitated toward. They taught me some game with a rock and I taught them "Paper, Scissors, Rock". 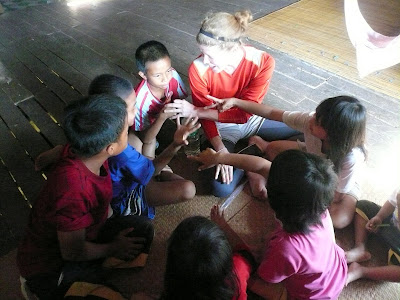 Then I busted out some music for sing-a-longs... I think I was feelin' it more than they were. 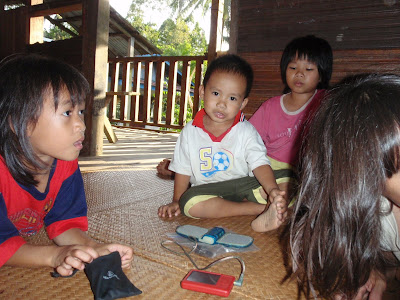 Julie is trying desperately to understand this cutie's attempts at English, which in all honesty was much easier to deconstruct than any Japanese kiddo. 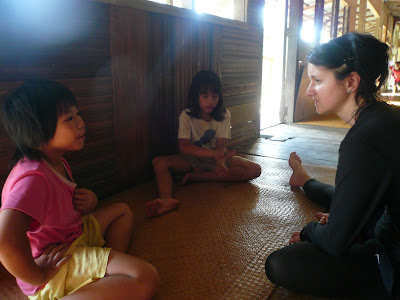 That is one long house. 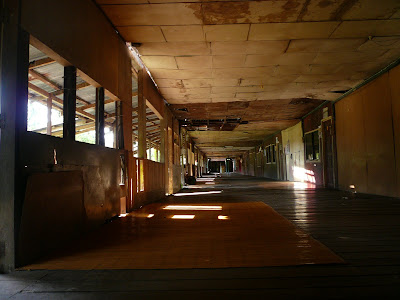 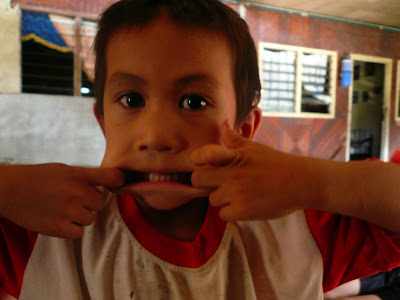 Lim came out to spread the love (and cavity inducing candy) as well. 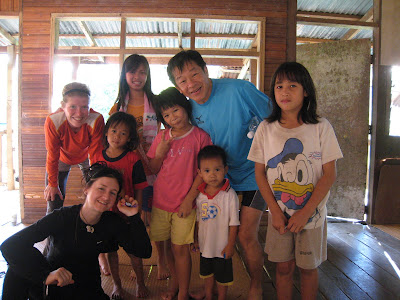 We asked the kids to give us a tour of the grounds. They led us to the chicken pens. 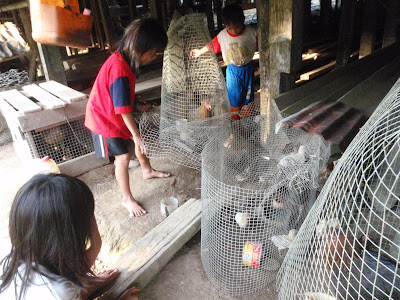 I was trying to save one of the many chicks the kids were suffocating, Lenny style. 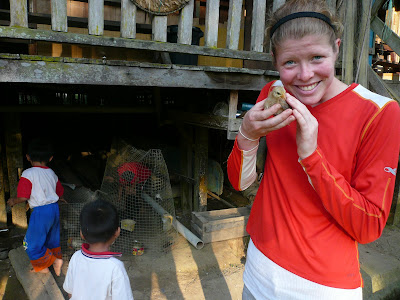 The longhouse from the front. Pretty wonderful and basic digs, but not completely void of 21st century influences. Check out the satellite dishes on the roof. The kids (20 plus) were all packed into one living room that night watching some Nickelodeon show. Classic. 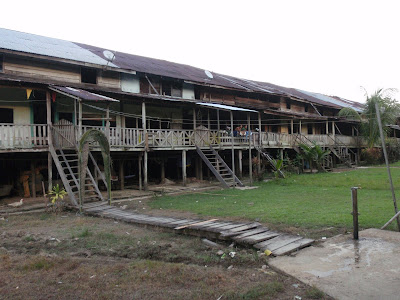 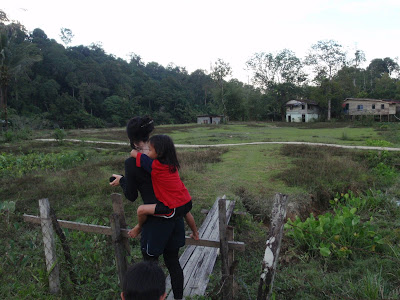 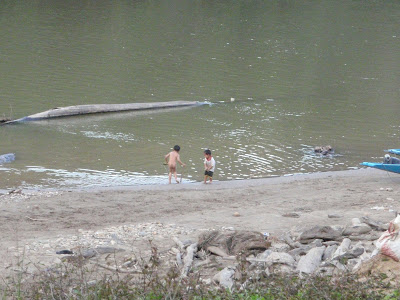 Doesn't get much fresher than this. Our hosts were graciously preparing dinner from the time we arrived. 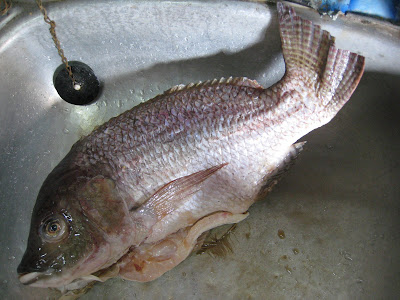 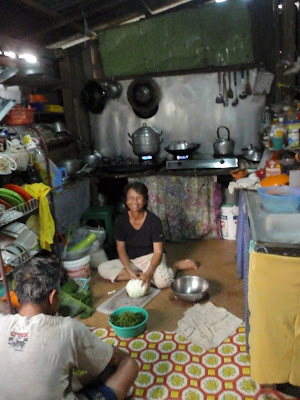 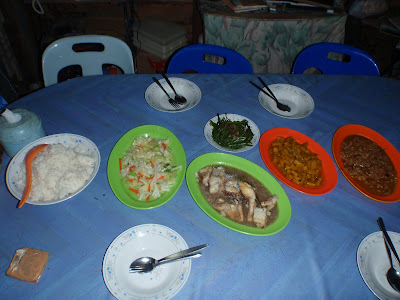 After dinner I taught the KL crew Spoons. Maybe not the best idea for a group as rambunctious as they were after 'lights out', but it was a blast. 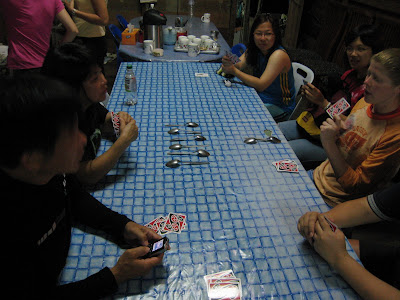 Some of the residents were out selling crafts and things they'd made at night. This just gave us another chance to talk with Larry's super sweet and interesting brother. 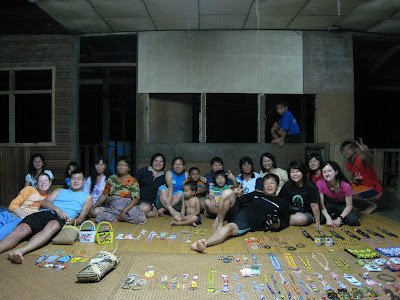 Catching up on our novels at night. 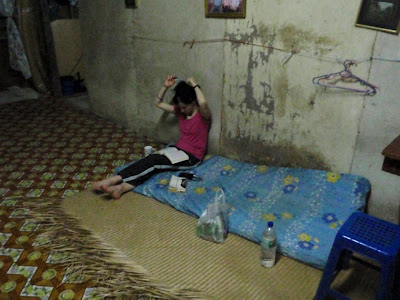 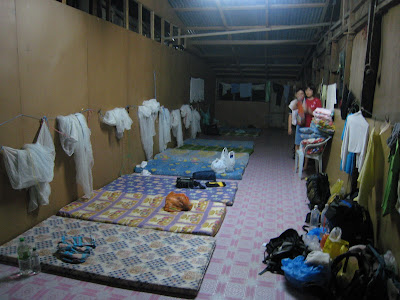 The roosters reminded us the sun was up, they were up, and so should we at about 5am the next morning. I promptly ignored them and waited until the delicious breakfast was ready to prep so I could help out. The next day was gorgeous and a nice one to hit the river again on to bid adieu to Gunung Mulu National Park. 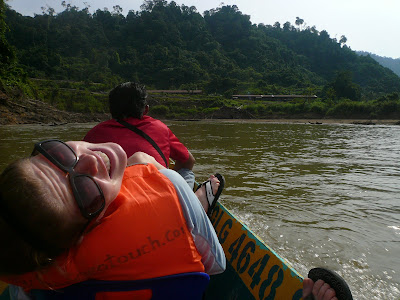 Julie was clearly happy to leave, too. 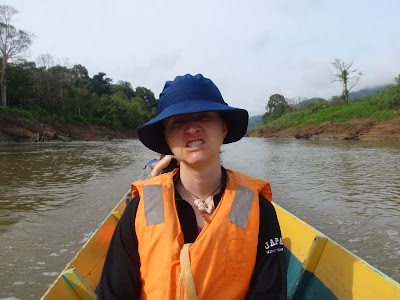 We made it to the last stop of the trip to wait for transportation back to Limbang and bought some delicious local snacks and treats. 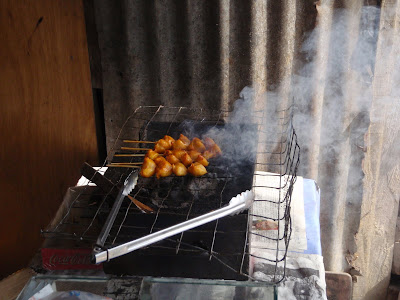 Smile, just ONE more time for me Uncle Lim! Great end to a great trip in Gunung Mulu. Highly recommend it! 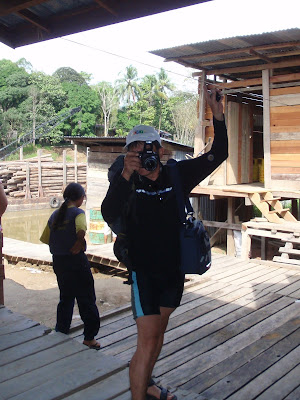