The Fam Does Japan: Day 1 in Kusatsu

After Maebashi, it was time to do a tourist trip to one of Japan's most famous onsen towns, Kusatsu. Lucky for us, it's located right in my prefecture. I've been here during the day before, and absolutely loved it. To do it properly though, you really need to have an overnight stay at a ryokan.
So, here I am at the entrance to our ryokan. Again, the entire staff was waiting for our arrival, immediately took all our belongings, and had tea and sweets set out for us in our room. 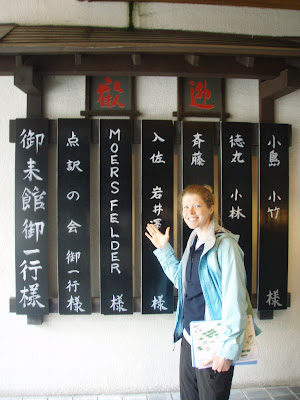 We got there pretty early in the day, so we had time to check out the city center and attempt to go on one of the hikes I had researched. Here we are in front of the yubatake (the source of the hot spring). All the spas and ryokan in the area use the natural hot water that comes from this source: it's the most in Japan at 4,000L of hot water per minute. It's said to cure everything but love sickness, but I cannot confirm nor deny this claim. They even have a special way of cooling the water, called yumomi. Apparently over the years many celebrities have visited the area (3 million tourists come here per year), 100 of which got to have their names carved on a stone parapet which lines the yubatake. Oh yeah, and it smells AWESOME! 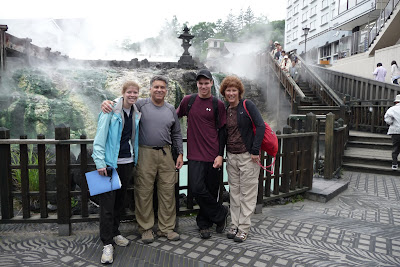 While Kusatsu is not famous for convenience store hot dogs on a stick, Dad and Austin thought they were a must have and pretty delicious. Considering they wouldn't be eating much of the dinner or breakfast there, I think it was a good call. 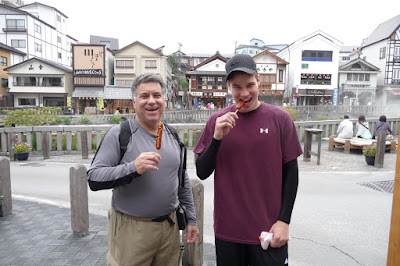 Walking through Sai No Kawara Park. 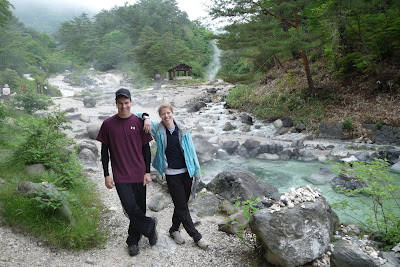 Then we embarked on attempting to find yet another one of my awesome hikes I'd researched. Despite how great any of the English information appears to be on different cities websites, they never seem to be quite as accurate as expected. We ended up asking some random people for help, and I still don't know if we ended up where we were intending to go, but the hike we found was one of my favorites in Japan. The misty weather and the crazy natural hot springs everywhere made it really unique.
This is where I insisted we go through the locked gate and make our own fun adventure. Then I realized I didn't really want to be nauseous or unconscious from sulphur poisoning, so we turned back. 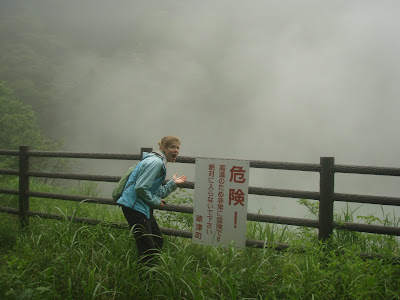 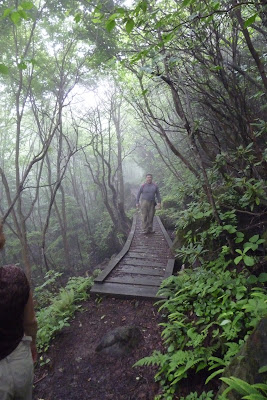 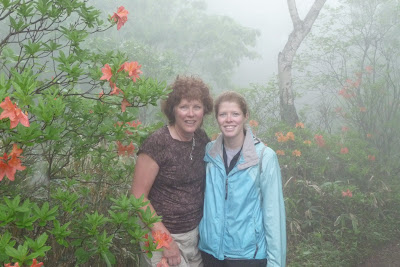 Dinner at the ryokan that night once again had absolutely immaculate presentation. The first set especially looked incredibly labor intensive and was the most tasty in my opinion. The white asparagus with some kind of green sauce was great! 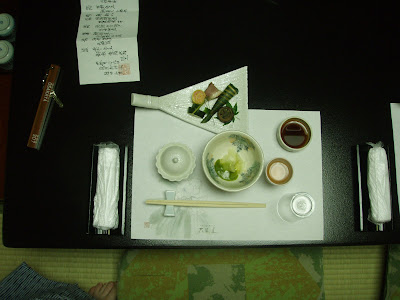 Dad and Mom trying to figure out how to unroll and eat the sushi in a banana leaf. 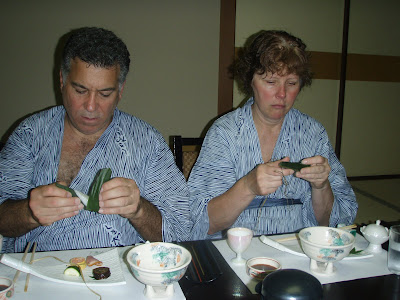 The starter was great, but it slowly went downhill from there. There were some unique dishes I had never had or seen before and was excited for... but overall, they were all really, really bland.
This soup was... unique. I still cannot figure out with the thin film around the mini mushrooms was. Intriguing, but not delicious. 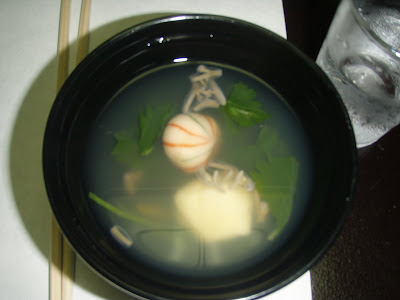 The baked fish was okay... just, okay. And the steamed vegetables and octopus, also just okay. 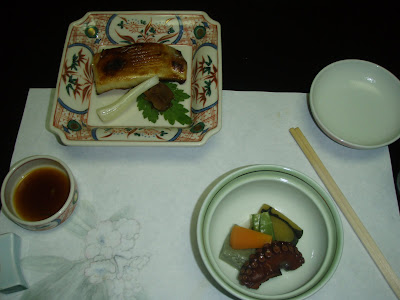 I usually love eel, but this combo with rice and cream sauce was not a good one. 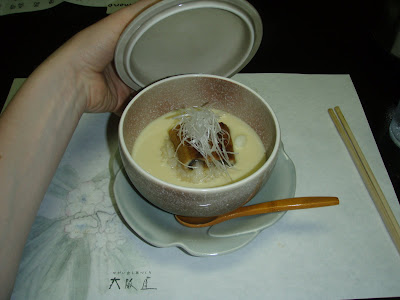 Pickled vegetables (can't ever really go wrong), tempura, rice, and a miso soup that I thought couldn't go wrong, but did here. 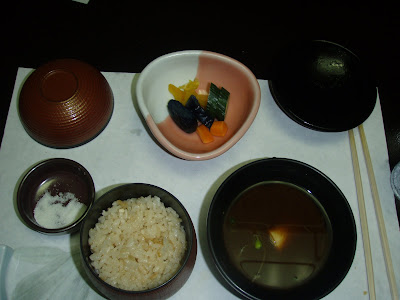 Dessert was a saving grace and palate cleanser to the disappointing meal prior. 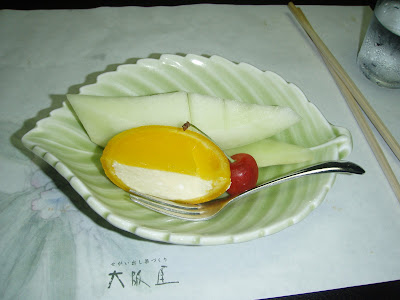 After dinner, we took a stroll around the city at night. Kusatsu is really unique during the day because of German influenced architecture and the whole onsen city vibe, but at night, it takes on a whole new atmosphere. It's really cool. On our way out of the ryokan, we decided to take this really corny family picture in the entrance way. It felt like one of those old fashioned Western photo shops up in the Dells... not that we ever did that before, but what I imagine it would feel like to dress up and take pictures in the corny set-ups. Except, this was real... kind of. 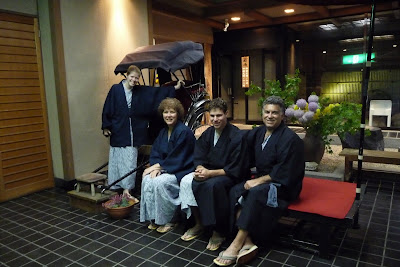 Austin's sandals didn't quite fit him. Apparently not too many Japanese have size 13 feet! 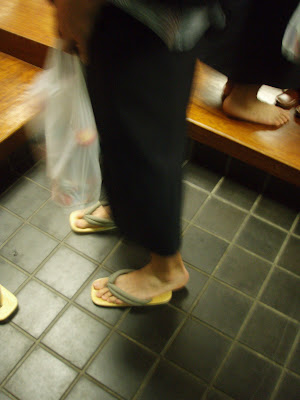