The Fam Does Japan: Yokohama

The rainy season wasn't holding any bars on us, despite my ambitious travel plans. So, instead of beaching it all day as planned, we decided to check out Yokohama.
Yokohama is Japan's 2nd most populated city at over three million peeps. It's a port city, the first of which to open up to foreign trade in 1859. Today, it's most famous for it's Chinatown and it's 'futuristic city center' complete with Ferris wheel. 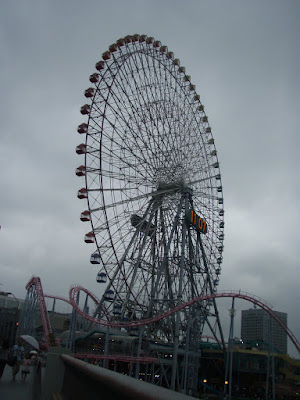 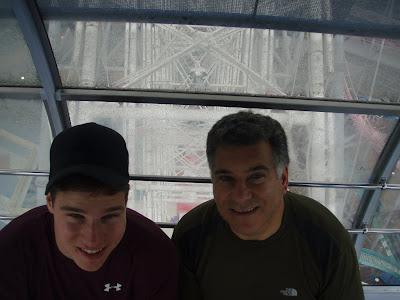 The (misty) view of Minato Mirai (the harbor of the future) from the top of the Ferris wheel. 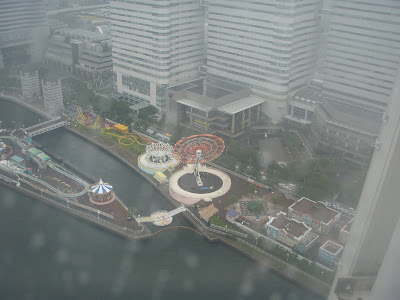 There was a pretty small amusement park there, with an arcade and tons of ridiculous props and displays. Taiko drumming never gets old! 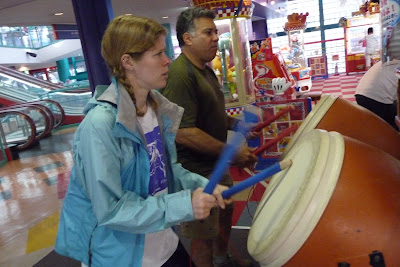 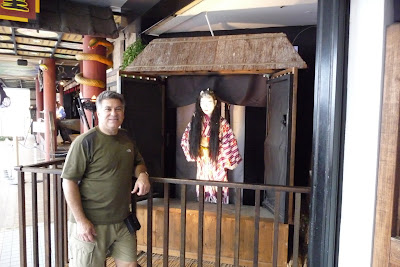 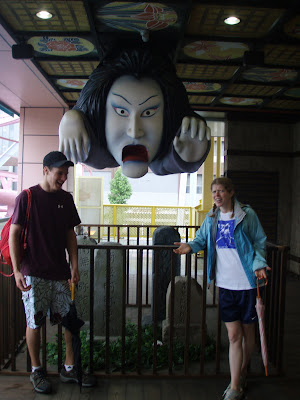 Next, it was over to Chinatown; the biggest in Japan. Can you see us? 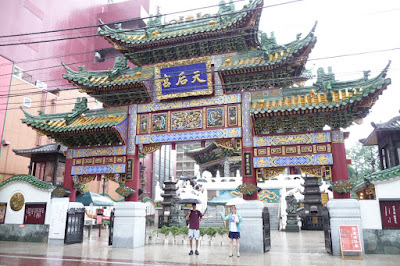 'Daska': the new food theme park. I don't exactly know what that entails, but I'm willing to find out! 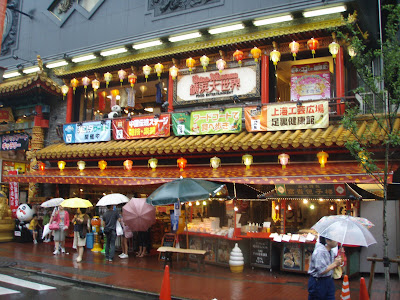 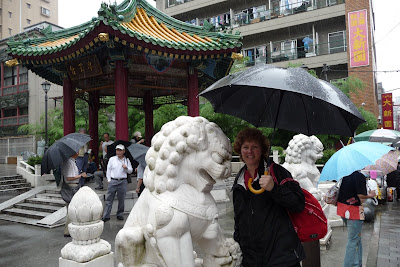 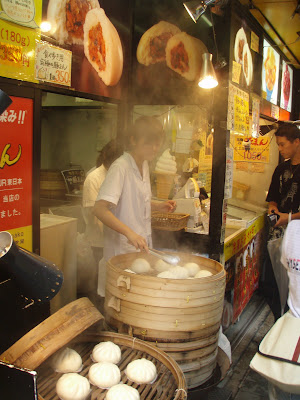 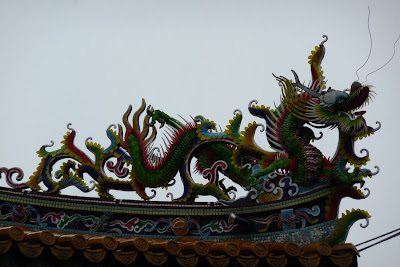 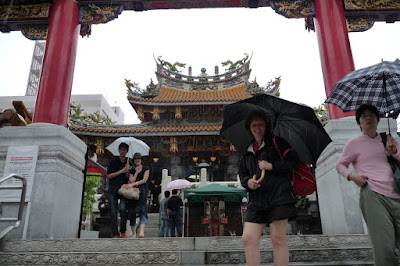