The Fam Does Japan: Kamakura

After a week of painful separation from the fam as they journeyed down to the Kanto region to see Kyoto, Osaka, and Hiroshima, armed with little more than some cash, some maps and several of my anecdotes, we were finally reunited again in Tokyo. From there, I had BIG plans for our next week of travels in Japan. First city on the agenda: Kamakura.
Back in 1192, Kamakura was the political center of Japan. Around the 14th century, the Kamakura government declined and other cities gained the title. However, Kamakura is still referred to as Kyoto of Eastern Japan due to its many temples, shrines, and historical monuments. That wasn't what drew us here, however. Kamakura also has some amazing hikes which make it possible to see Mt. Fuji from (on a clear day) and is a beach town where people can max and relax on the beach (on a clear day) only an hour from Tokyo. BUT, of course, it was far from a clear day on our visit. So, no beaching for us. We did get a chance to check out some of the other sites, though, which was cool.
We did a hike in the western hills that started at Jochiji Temple. 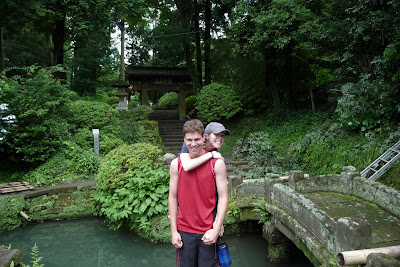 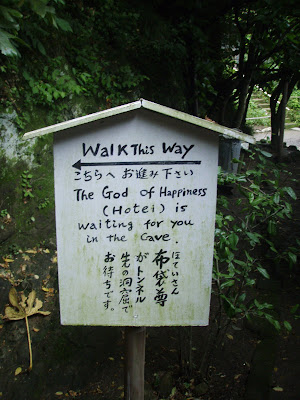 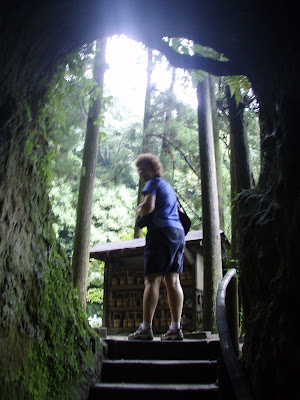 The God of Happiness is sooooo cute! 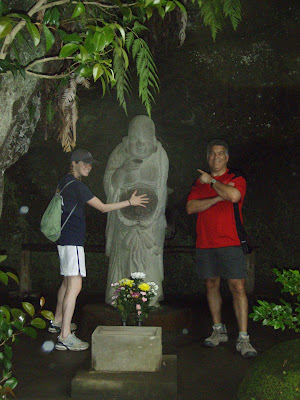 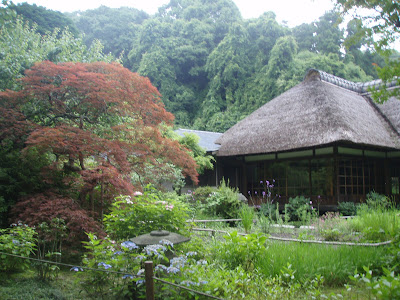 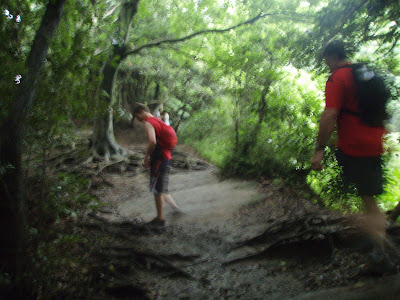 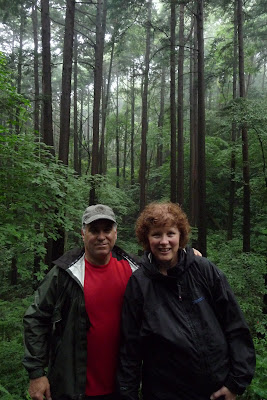 The trail led to The Great Buddha of Kamakura. This bad boy is 13.35 meters of bronze and the most popular tourist destination of the area... still trying to figure out why. We couldn't get inside 'o Buddha, so maybe the big show and secret lay within? 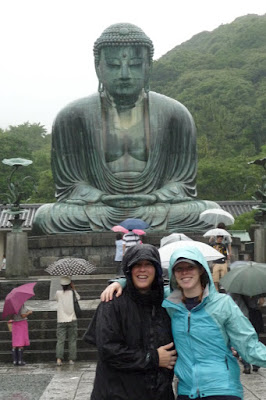 That night the fam experienced their first 'shabu-shabu' dinner. It's a Japanese variant of a hot pot, where you are given a plate of sliced vegetables and tofu, as well as your choice of thinly sliced meat or fish. Then, you use the big old chopsticks, put the foods into the boiling water, and 'shabu-shabu'! Cook 'em to your liking, and dip it either a fresh sesame based sauce or ponzu sauce. Deeeee-lish! 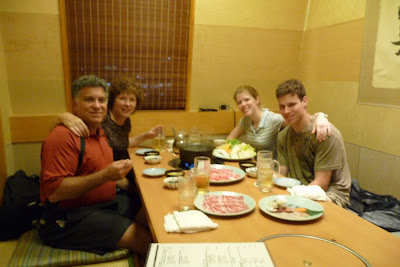