Jenny Does Japan 4: Kyoto to Osaka

Day three in Kyoto got off to a late start with all the laundry having to be done in the microscopic washer. I wanted to get off the beaten path a bit, so we headed to a shrine that wasn't on any of the tourist maps. Alex's friend Mariko highly recommended it.
"Off the beaten path" is definitely what we got looking for Enjitsu-ji. We found ourselves wandering through residential areas, past marshes, up massive hills, and in the heat of the day we wondered if we'd ever find it. 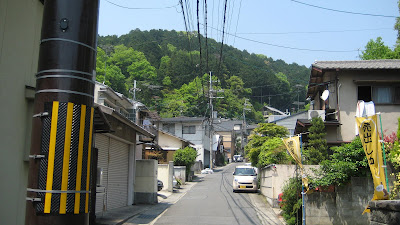 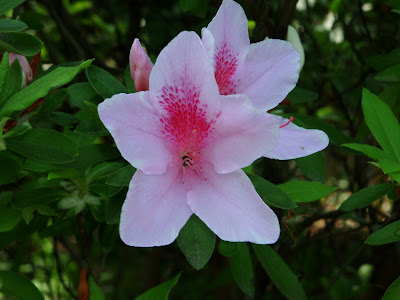 Several people confirmed we were headed in the right direction, so we kept on truckin'. We finally made it and a beautiful array of flowers greeted us. 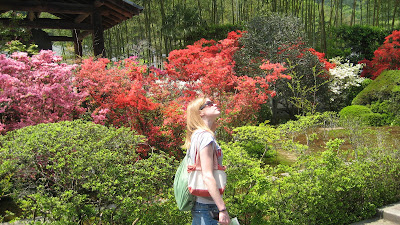 The temple was originally an Imperial villa built by Emperor Gomino in 1639, but today is most visited for it's dry landscape garden. The whole complex was TIIIINY, but cute. There were only two other people there though the entire time, so I found it very relaxing. There were butterflies and other little creatures scurrying around the moss covered garden and the view of Mt. Hiei in the background was perfect. 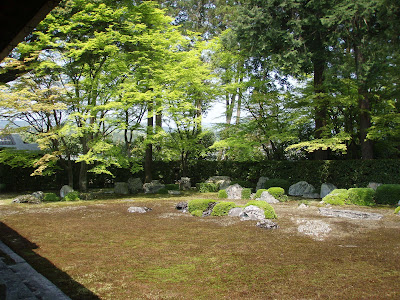 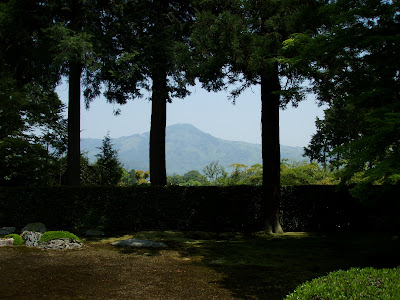 Next we headed to Osaka: the working heart of Kansai. I have wanted to go to Osaka since sometime back in 1999, when I got a limited edition Aerosmith concert poster from the fan club (that's right, certified AF1 member here - not ashamed to say it!). I didn't get to see my main man struttin' his stuff on stage this time around, but I did get a feel for the down-to-earth Osakans and the cuisine it's oh so famous for.
Where there's a city in Japan, there's salarymen (see http://en.wikipedia.org/wiki/Salaryman). And where there's salarymen, there's food on the go. One of the most common quick fix food cures is a standing noodle shop. Quick, easy and cheap way to have a meal - but not what we were looking for. 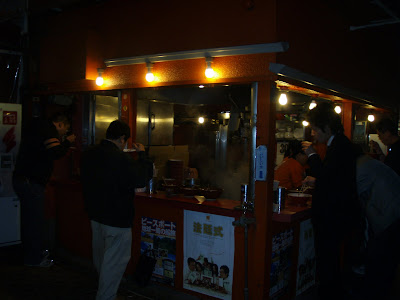 Instead, we headed to the Minami (southern) area of Japan to check out Dotomburi, known as Osaka's liveliest nightlife area. It's reminiscent of Tokyo, but doesn't feel so built up. It has the neon, restaurants, and pachinko parlors, yet it's so much different than Tokyo. Hard to pinpoint how. Of course, we had to be touristy and get a picture with the infamous Glico running man from the Ebisubashi bridge. 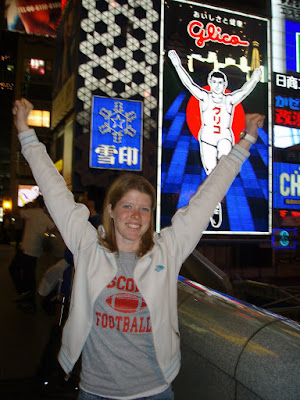 I don't know how or why they became so popular in Japan, but Ferris wheels are all the rage. Here's Osaka's oval and neon take on the Ferris wheel. 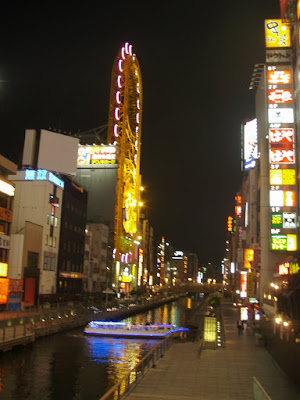 
There was never any question about what we were having for dinner here: okonomiyaki (http://japanesefood.about.com/od/holidaytraditionalfood/a/aboutokonomiyak.htm)! Okonomiyaki is one of my favorite Japanese foods and we've had many a nights at Alex and Laurel's making our own renditions. It's prepared differently regionally, so I knew had to try some in Osaka and Hiroshima. There were a gajillion and one places serving okonomiyaki here, so the choice was tough. But, I was happy with our pick in a quiet place on the river with fun chefs, a semi-English menu, and massive serving sizes. 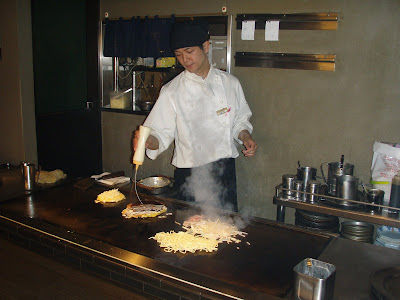 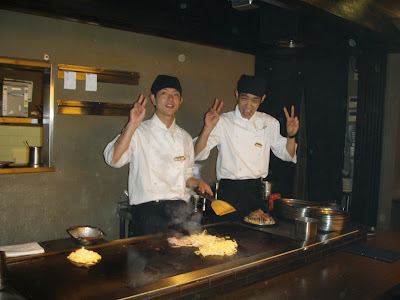 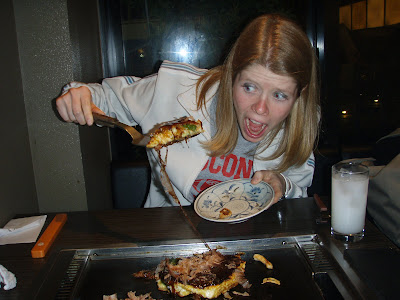