Celebrating in the Bellybutton of Japan

Summer is the festival season and I never cease to be amazed by the ridiculous reasons and ways the towns around Japan celebrate. There are similar trends throughout (festival food, signin' and dancin', people wearing yukata), but each festival has it's own special quirk.
Our neighboring city, Shibukawa, celebrates being the geographical bellybutton/center of Japan. They do this at their annual Heso Matsuri, by painting their stomachs with a face, wearing a pseudo-body costume and brightly colored 'hats', then doing a choreographed dance up and down the streets of Shibukawa for a few hours. It was awesome. Some of our friends got in on the action and we got to laugh and point. Traditionally, women can't join that part, but can be in other groups in the parade.
Like I mentioned, there is a specific festival apparel the majority of women and some men wear. It's called a yukata, and is basically a lighter, more casual form of a kimono. The fam and I sported them at the ryokans after going to the onsen, but the ones worn out at festivals usually have louder colors and patterns on them. BUT, I hadn't yet purchased my own, because even the very cheapest of them run for around 50 bucks. I sucked it up for this season and got my own, but hadn't a clue how to actually wear or tie it up. Luckily, the moment (no joke) Dean and I stepped out of the train station, there were 3 ladies there spinning and tightening us up. I probably disgraced all of Japan in my nonchalant presentation of the yukata... whoops! 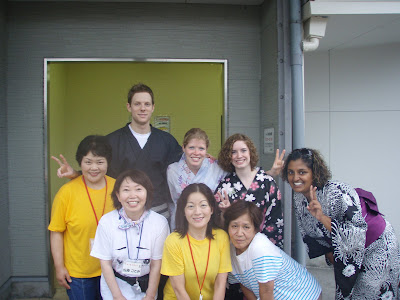 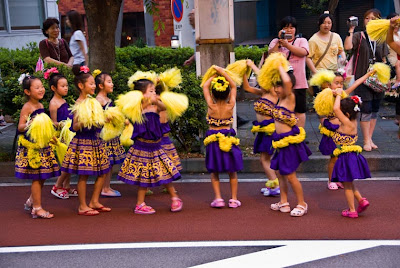 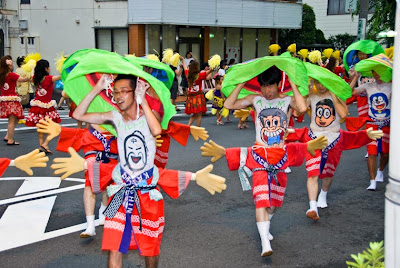 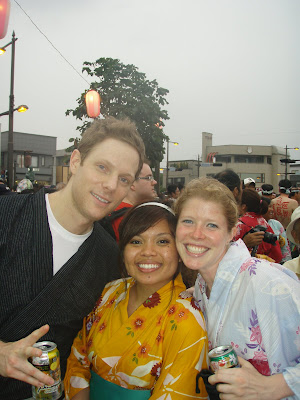 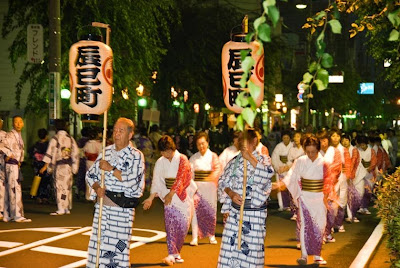 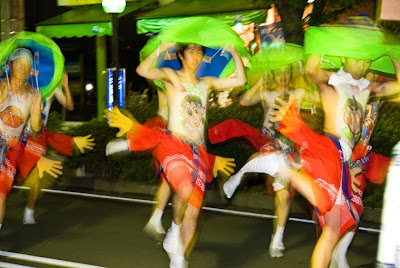 My favorite festival food: large pickled eggplants,tomatoes, and cucumbers on a stick. 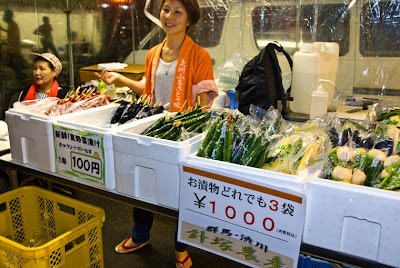 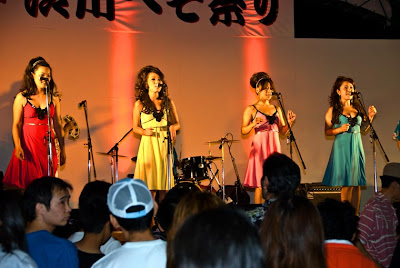 Okonomiyaki for the masses: that's cabbage coming out of the huge bin... cabbage. 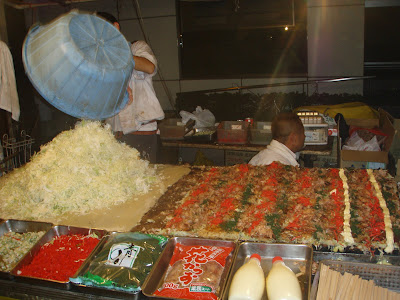