Grapes: Fun to Eat AND Prune!

So much for 'keeping up' with my blog. The thing with the summer is, that is awesome. Therefore, I am pretty much doing something every second of every hour of every day - and loving it! But, it doesn't leave much time for updating me blog.
Excuses aside, imagine if you will a time when summer was just peeking it's little sunshiney eyes out of the rainy days spring had to offer. Not quite ready to submerse Gunma in the waves of heat, a few last typhoon like thunderstorms were still in the books. June 29th was one of those days. Waking up at 6am on a Sunday after a JET gathering at a beer garden was tough enough in itself, but rain was just adding insult to injury. Luckily, we were about to embark on one of my favorite experiences thus far in Japan: GRAPE PRUNING!
You might remember back in October and November of last year, I had the privilege of heading to our friend Tomomi's husband's family's farm for sweet potato picking and then peeling. They live just north of us in a little city called Yoshioka. It's adorable and the farming communities that they have formed are so endearing and impressive. Since there is a lot of labor to be done for each seasonal crop (ie sweet potatoes, grapes, strawberries, tomatoes, eggplants, etc.), each family specializes in a crop and the other farmers come to help them pick/prune/peel etc. when need be. Late June - early fall is grape season.

Fruit in Japan is pretty expensive (ridiculously so in some cases; ie 1 cantaloupe = 50 bucks, a bunch of grapes = 5 bucks, a carton of cherries = 10 bucks). I think that only fruits with the absolute perfect aesthetics can go on the shelves. Perfectly symmetrical apples, the exact same size peaches in a row without a bruise or freckle in sight, and grape bunches that have each grape intact with the vine and are conically symmetrical to a T! For real. After being on the grape farm though, I can understand the prices a bit more. The time and hand labor that goes into it is intense!

*The vast majority of these pics are borrowed from Alexander Laws: http://www.photoblog.com/AlexanderLaws/2008/06/29/grape-farm.html . 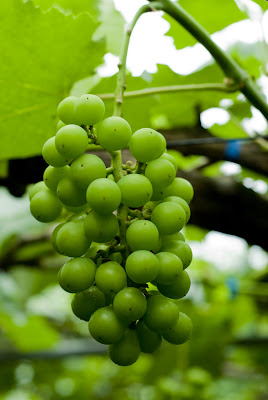 Our first job was to go through with mini scissors and cut the stems that do not have a bunch of grapes growing on them. At first it felt like trying to find a needle in a haystack, but then I got the hang of it... and became borderline obsessed with trimming the uglies. I seriously had dreams that night of lines of grape bunches and the loose ends sticking out and having to trim them. 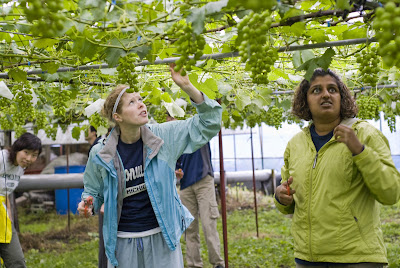 Noriko explained to us the process while Tomomi translated our roles. 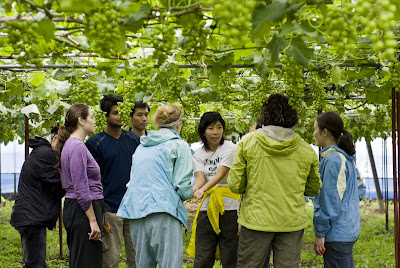 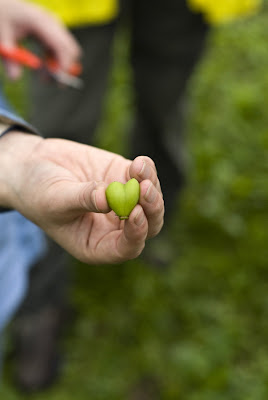 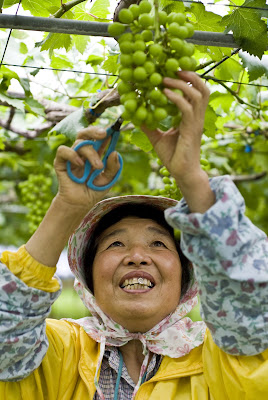 There are over 28 varieties of grapes just on their farm. I hope I can try them ALL!!! 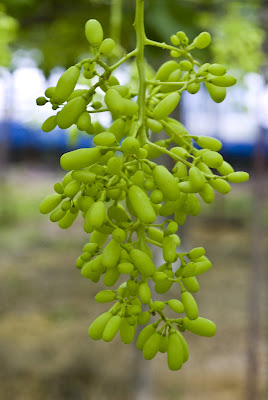 Alex has an amazing eye. 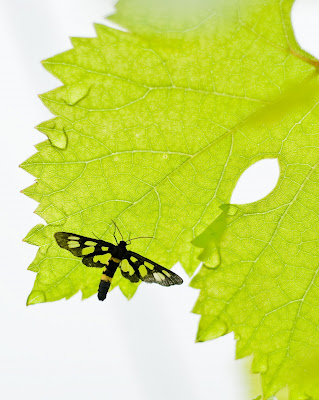 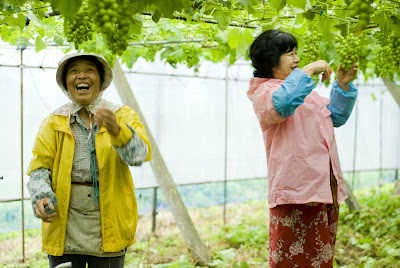 I only pruned a few of the actual grape bunches because I was so nervous about cutting off too much and ruining it and making it impossible to sell because it'd be lopsided or something. But, I did do this one, which they had me mark with a glove and promised I could come back in fall to claim personally. 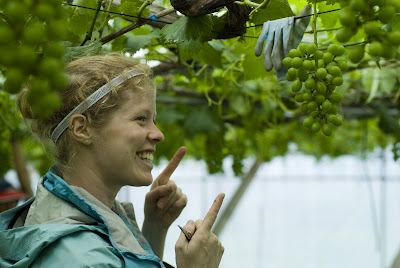 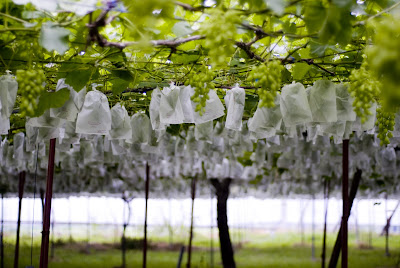 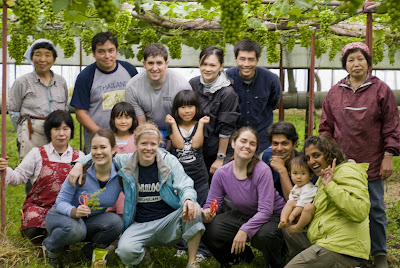 I love how tight of a ship they run: the ladies work 7 days a week, 9 hours a day. They always take a morning and afternoon tea break and share their homegrown pickled vegetables or other assorted foods. 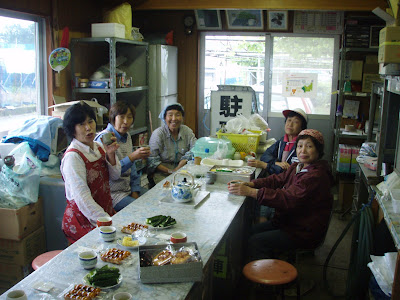 After farming, we went to a local onsen. The women above are really the ones that deserved to be there relaxing their weary muscles and bones. I hardly felt like we even helped out that much, much less needed R&R. But they insisted! And, after the onsen the Kobayashi family hosted a BBQ at their house: delicious as always. 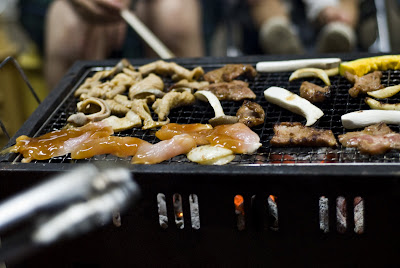 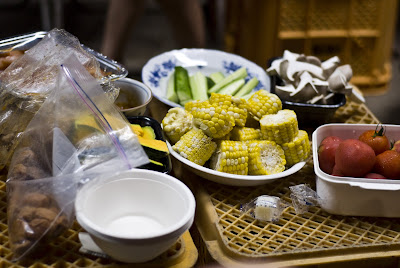 Shoma got to celebrate his birthday big boy style. 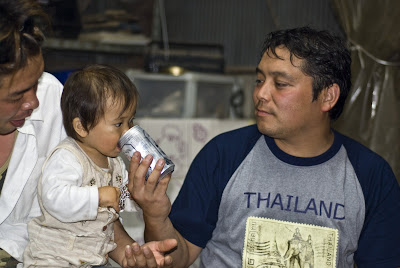 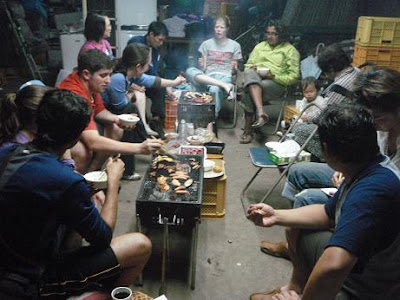 I can't wait to go back to attempt to help some more and of course, claim my bunch of grapes!
Posted by Sarah M at 7:26 AM