Hiking and Camping at Mt. Myogi

A three day weekend in July gave us the chance to get over to a mountain I've wanted to climb pretty much since I arrived here: Mt. Myogi. It was totally hyped up by past climbers in the area and when mentioning it to co-workers, usually gets a reaction of complete and udder fear. Apparently it's the most dangerous/lethal mountain in the prefecture. So of course, I wanted in.
Our friend Hiro found an incredible, albeit slightly illegal, camping area right by the base of the trail we wanted to start at.
The plan was to get an early start to get through the entire hike before sundown... which did not happen. BUT, it was a blast nonetheless.
Hiro's signing us in at the base so that if by sundown we are not back, they can send out a search team for us... very reassuring. 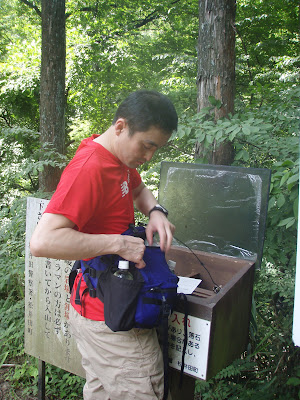 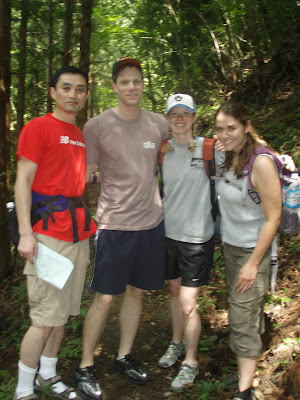 Hiro warned us about the leeches that come "from the sky" (live in the trees and drop down), but the freakout did not occur until it was actually on Kristine. She lived to tell about it though (several times), and Hiro even got to enjoy the cigarette when we reached the peak. 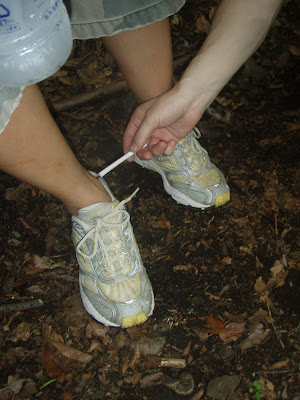 There were some crazy crevasses we had to squeeze through. 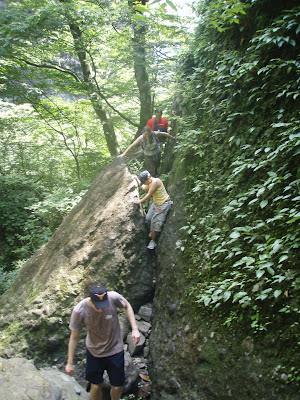 And paths that appeared not to exist. 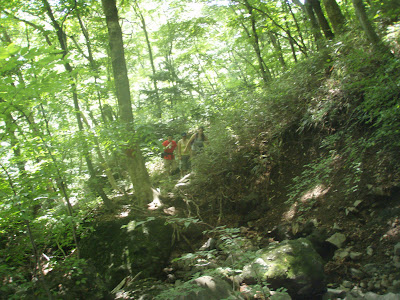 And waterfalls with pools that I would not recommend ANYONE to drink out of... you be very, very sorry the next day. 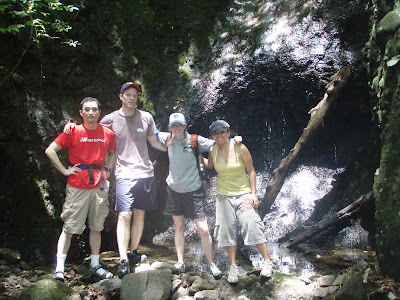 And some chains to climb up. 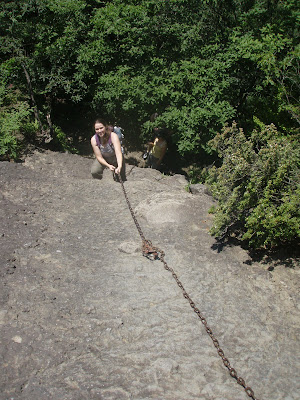 I was the only one brave enough to go to the top of Hammerhead, and it was sooo worth it. The view from the top was incredible! 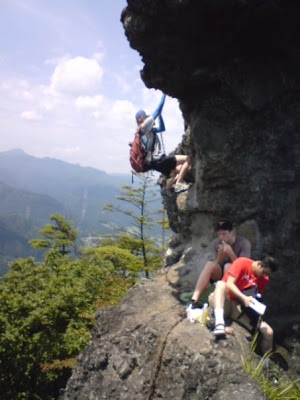 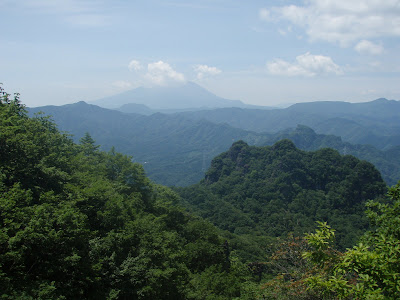 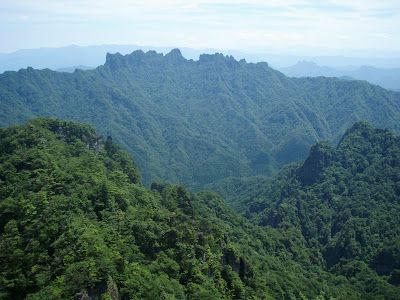 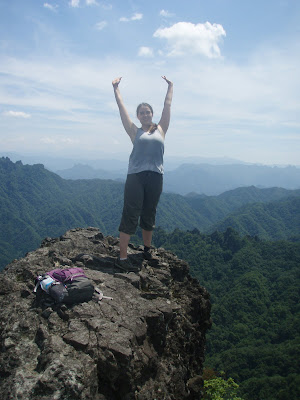 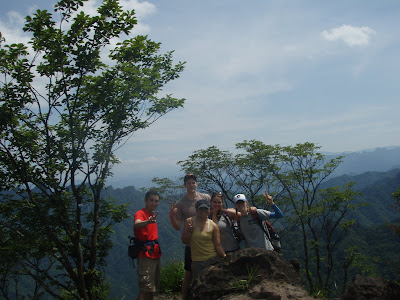 Since Hiro's friends were already at the 'campsite', and we'd be cutting it REAL close if we continued on to challenge the ridge line (the real scary part), we decided after a lunch break it was time to turn around. I'd be lying if I said I wasn't disappointed, but it just means I will FOR sures be making an effort to get back there in Fall. 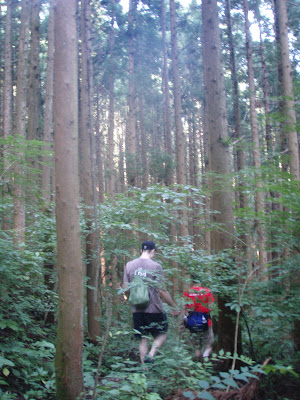 After the hike we were all sweaty - so a dip in the river sounded perfect. The water was freezing, but definitely refreshing. Dean's a gymnast, so his back flips were a lot more impressive than my pencil dives I think. 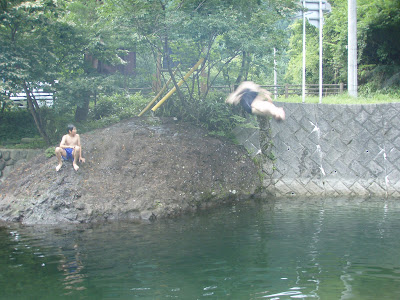 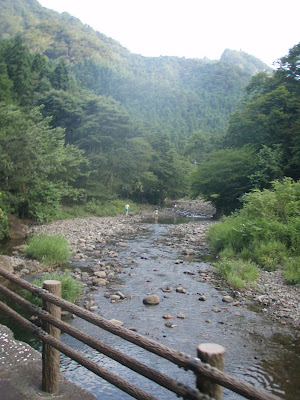 Sato-san starts up the grillin' action! 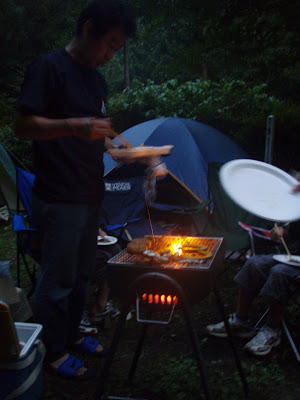 The Satos - soooo cute! Thanks for the delicious BBQ:) 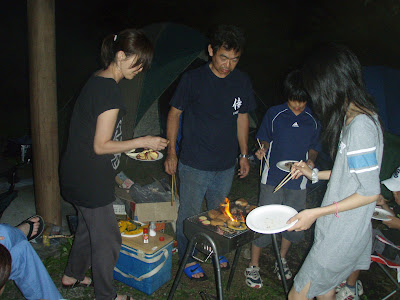