When I was in 'Nam: Take Three: War Remnants Museum

Part of the joy of traveling for me is learning about a region's history. It's intriguing to me to know how and why a culture got to where it's at today. To ponder the what ifs and to realize the what is because of x, y, or z.

America's history and Vietnam's history became deeply intertwined in 1959 as the first large military action was taken starting the Vietnam War. As an American student, we were required to learn about the ("unbiased") history in school, but as a Vietnamese one is reminded of the history almost every day. It is seen through deteriotated buildings, depleted forests, veterans with missing limbs, and civilians with birth defects. The war brought many tragedies for both/all sides and was more complex than I could ever imagine or truly understand. I attempted to understand more though by visiting the Reunification Palace and the War remnants Museum in Ho Chi Minh City.

The Reunification Palace however, was closed due to some sort of peace meeting. Okay, I suppose that's a valid excuse. Onto the War Remnants Museum. 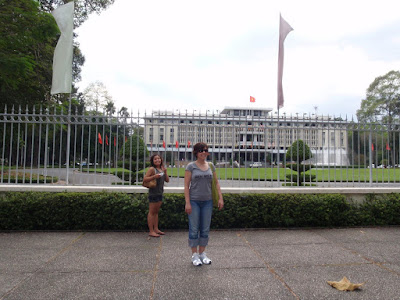 * Disclaimer: There is some graphic content on this page that may be inappropriate for children or sensitive individuals to view. Please be aware, but do not ignore.

My point in including this in my blog is not to depress you or make you feel guilty by any means. My point, as it was in my travels, was to inform myself and acknowledge the past so I can help be part of the change for the future.

I recently heard a comparison drawn between the US coverage of the Iraq war and that of the Tel Aviv; the point was shown that Middle Eastern coverage of the war was more much graphic; essentially more honest, uncensored, and real. It's easier to dismiss war if you don't see first handed the effects of it. I think if young children can be shielded from the images of war, they should be. Of course these horrible experiences and gruesome images can be very painful and traumatic. This is why I have chosen not to include the most gruesome images I witnessed at the museum. The children in Vietnam however, didn't have the option to shield their eyes. This was their daily life. This was their reality. It's history and it's real which is why it's important to revisit. Most importantly, we need to learn from our history's mistakes. I hope we continue to revisit and be disturbed by the images of the past, because that means we can still care and only then can we be moved to be agents of change. 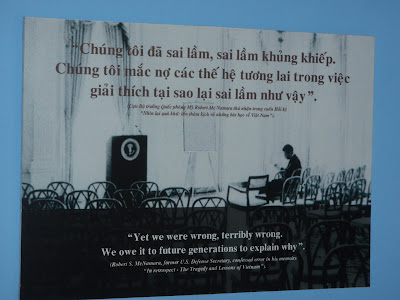 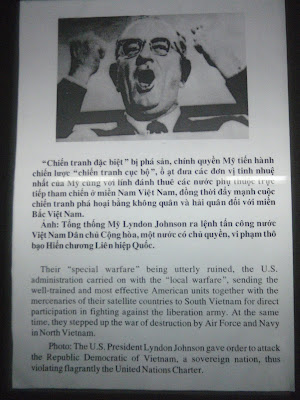 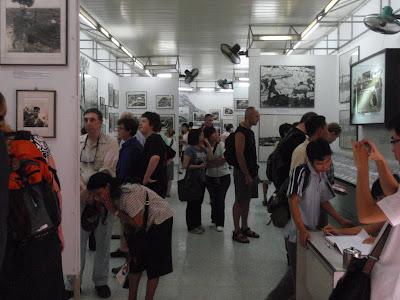 I had no idea there was such extensive techniques to torture. Out on the trails and within prison grounds, seeing some of the devices and reading about what one individual could do to another was truly disturbing. 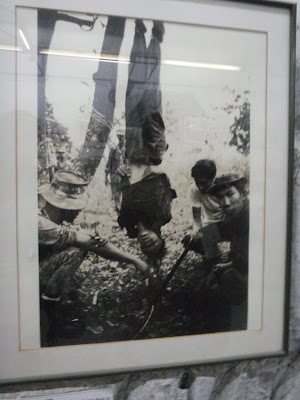 The images put faces to the statistics and allowed me to more fully understand the war conditions. 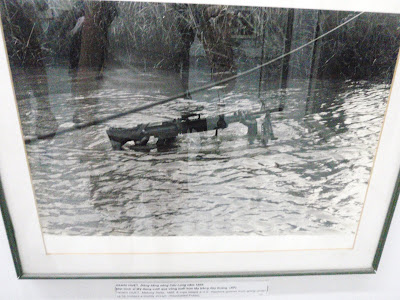 This photographer captures the emotions this Vietnamese family is experiencing as they flee the Northese enemy forces. 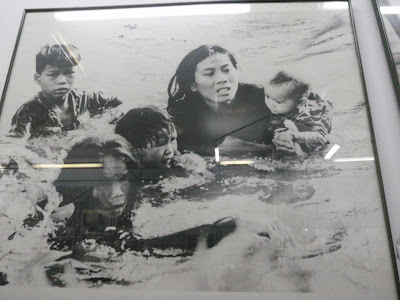 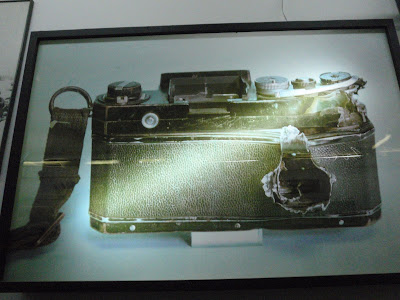 A current Vietnamese middle school student's art work response to the the war. 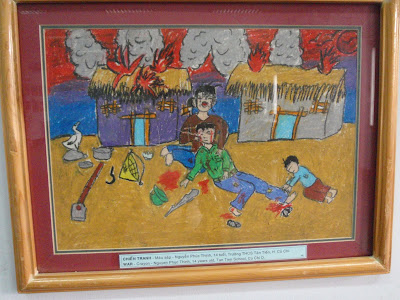 I learned about the tragedy that was the Son My, My Lai massacre (http://en.wikipedia.org/wiki/Son_My_Massacre) and my head started spinning circles trying to understand how and why this could ever occur. I think what hit me the hardest (and when the waterworks uncontrollably started) was reading about and seeing the effects of the defoliants (like Agent Orange, Agent Pink, Agent White, etc) the US used on South Vietnam. How irresponsible and disgusting that decision was. 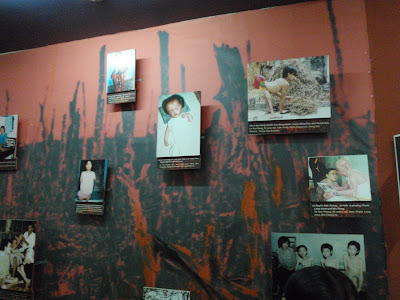 It was interesting to see the involvement of other countries across the world during that time that were aware and actively attempting to end the war. 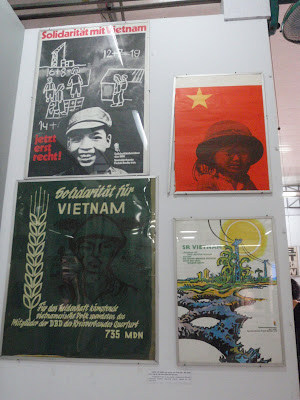 But in the end, I think there is (and always must be) a message of hope. I think we had hope then with Clinton's actions, and I think there is hope now with Obama's presidency. As always though, "only time will tell". 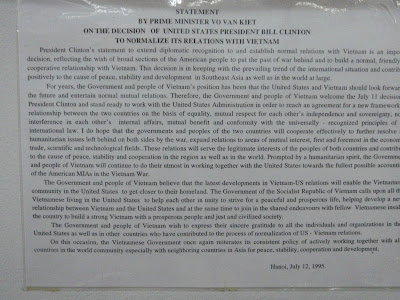