Keeping in touch with family and friends over such a great distance is tough, but not impossible. Having my family and Frank visit me in Japan were definitely highlights of my time here. I not only love living here, I love to share it with others. And of course, I love to be loved and reconnecting with those close people in my life that 'just' talking to on the phone doesn't quite do justice for, is an amazing feeling. One of those people is my best friend Kristin, who took the time, effort, and money blow to make it all the way over here so for at least one week, we wouldn't have to say to each other, "I wish I could be there."

I'd been anticipating her arrival for shortly under 1 year and 8 months (the time I've been here) when she told me on the phone that she'd definitely make it out here. Plans were underway from my departure, but on May 20th, fantasy became reality.

Half the fun in our time together was just seeing and hearing her reactions to her first trip to a foreign country. After our initial climactic airport meet 'n' greet, we headed to Asakusa. It's famous for Sensoji Temple and this giant building which looks like it has poo on top. 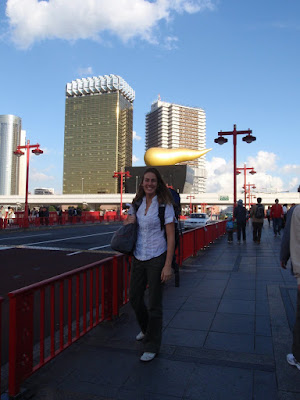 Kristin's first hostel!!! (There are going to be lots of these 'firsts'). 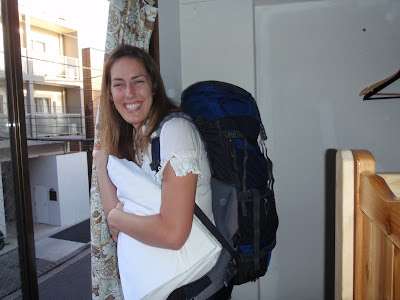 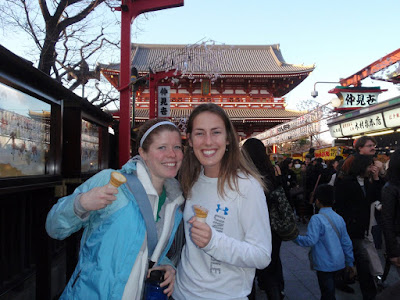 Anyone look familiar in this picture??? Other than Kristin??? Take yourselves back to a blog done in July, back when my parents and brother came (http://sarahmoersfelder.blogspot.com/2008/07/fam-does-japan-tokyo.html ) scroll down a bit... YEP! Same exact dude that was there when my parents were here came up to Kristin and I to (again, very forwardly) explain fortunes. Nobody works at said shrine. He is not employed. He apparently just hangs out there ALL THE TIME, waiting for ignorant foreigners to educate. Funny dude. 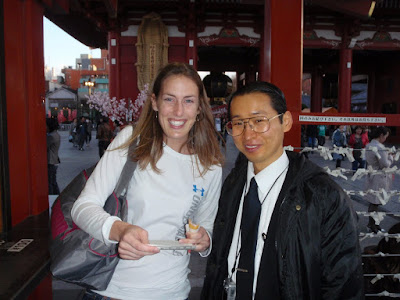 Welcome to Tokyo: home to bright lights, ancient shrines, a McDonald's on every corner, and buses shaped like cute animals. 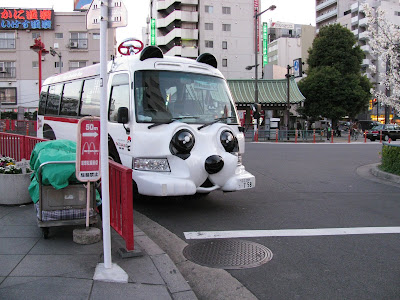 At night, we took a little river cruise to Tokyo Big Sight. I've never actually been on the river and it was awesome way to see all of Tokyo all lit up of it's glory. 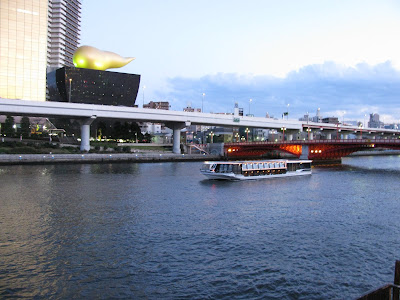 4am rise for Tsukiji Fish Market. Kristin lives in Florida and is lucky enough to have fresh fish all the time, but she said this was definitely unlike anything she'd ever seen before. 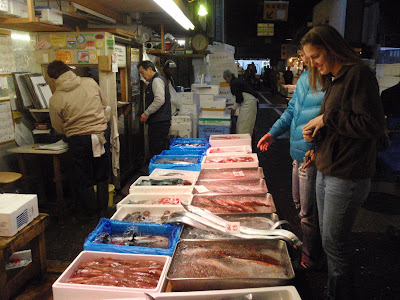 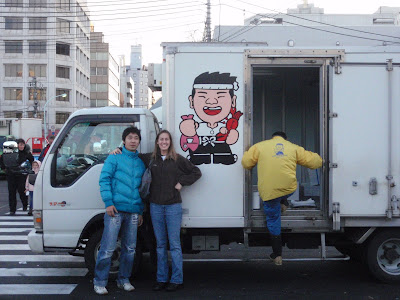 Beautiful day to take a stroll around the Imperial Palace. 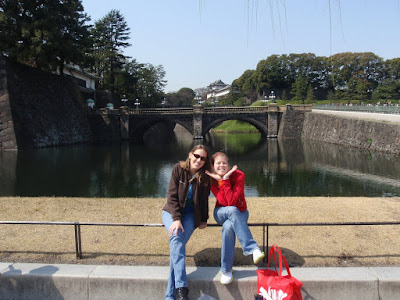 And do cartwheels in front of fountains. 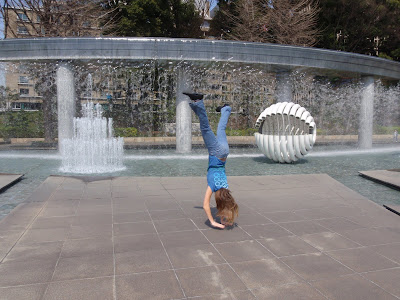 And just take it allllll in! 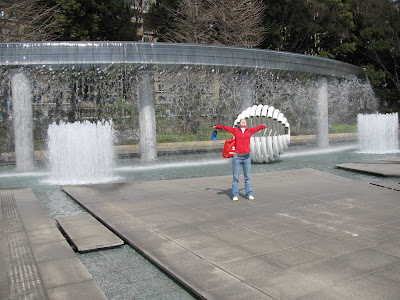 And stop to smell (and pose with) the flowers. 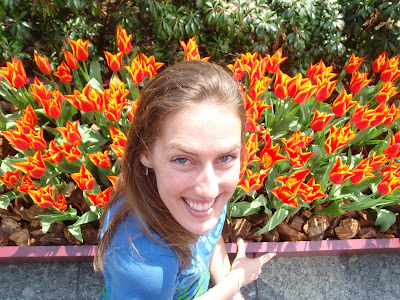 We met up with some friends (and made random ones) in the afternoon to hang out in Yoyogi Park. 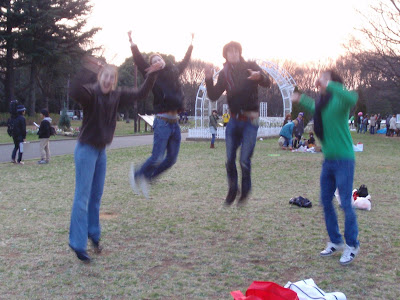 I persuaded them all to come check out this Design Festa Art Gallery I've been wanting to see for ages. It's awesome. The artist's rotate weekly, rent out a room and display whatever it is they consider art. I really enjoyed a lot of it, but some of the pieces I would hardly consider art. It was sweet though, and I can't wait to go back. 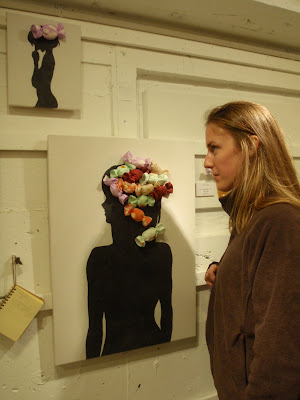 Do you see her? Look closer! 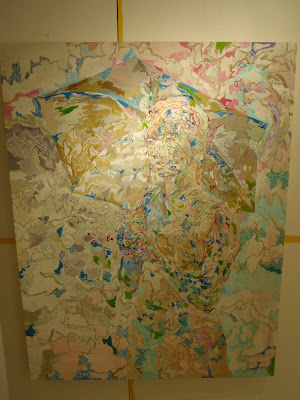 Not the most laborious or even skillful work of the gallery, but my favorite. I just loved the aesthetic and colors and contrast. 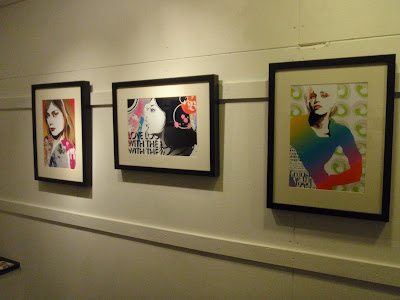 Some people bored a lot quicker than me (cough cough Dean!) and decided to take in a little Japanese culture, in the form of sake. It was Kristin's first (and last) sample. 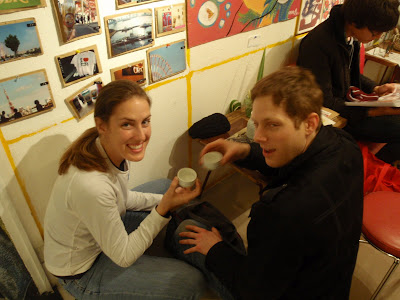 We met more friends that night and went out to dinner at a cool little Thai restaurant. Even cooler though, was this massive mosaic Hello Kitty. Hilarious. 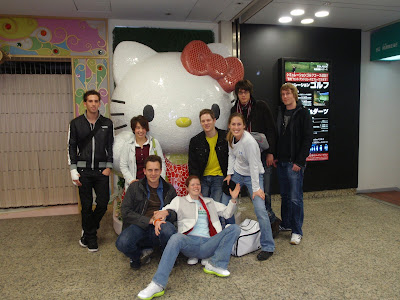 Taking in the big city in Shinjuku! 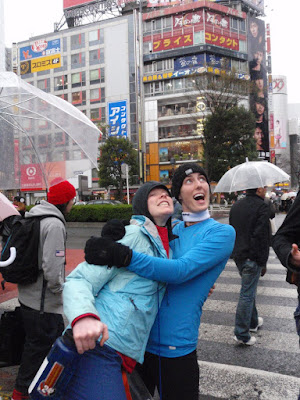