Valentine's Weekend at the Ski Lodge

A ski weekend in Japan is pretty pricey, so unlike Terry (who went skiing literally every weekend until he broke his collarbone), I try to be selective with which dates I go. A single snow bunny such as myself thought Valentine's Day weekend organized by master planner Irishman Mr. Kennedy was the perfect splurge!

So, myself and about 30 other Gunmanians and friends met in the not so far away (about an hour north of Maebashi) ski destination city of Minakami. Famous for onsen, ski hills, and a great New Zealand run hostel called Canyons. Had a delicious V-day dinner with Western desserts to boot. I think Kristine was into hers a little bit too much. 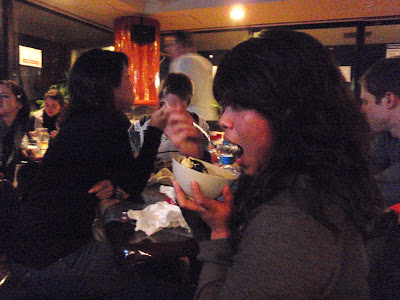 And they were one short on the apple pies a la mode, but Laurel insists that "This pie is mine... I deserve this pie!" 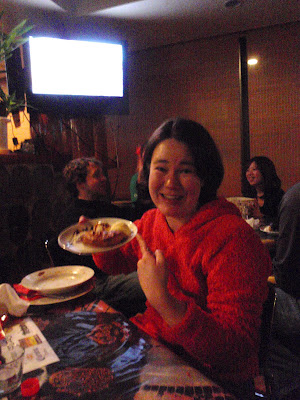 And Helen affirms to everyone that she deserved to be number one in the snowball competition! 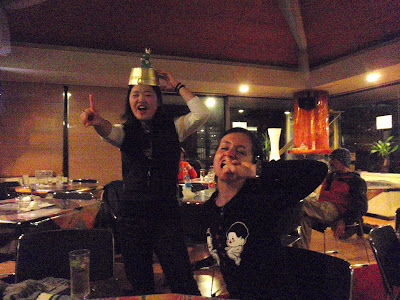 And Chris affirms everyone that he is not gay, despite habitually sticking his pinky out when he drinks.
After dinner a little band even came out... I started up the dance party upon hearing some Earth, Wind, and Fire. 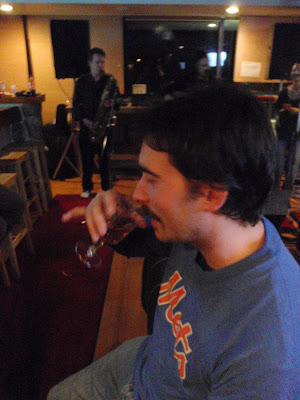 Chillin' with my homies (Ian and Kristine). 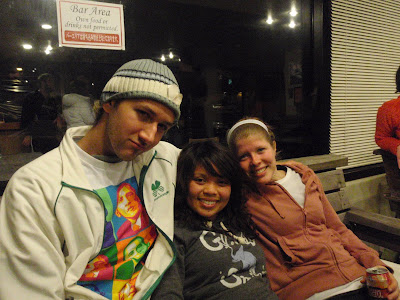 The Sunday of skiing was absolutely perfect in my opinion. Blue skies all around, sun shining, and the ability to feel all my appendages. Sure, it was a bit slushy in spots, but mere technicalities in the much greater advantage of SUN! To the slopes! 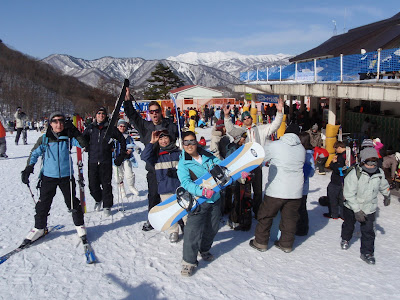 Julie and I make it to the top! 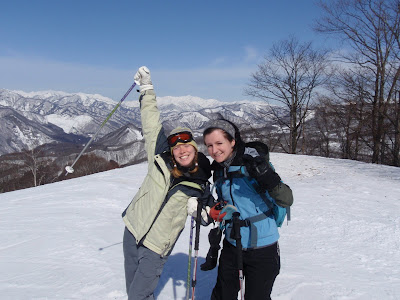 Break time, literally in the middle of the hill. Luckily, Brian was wearing the most obnoxiously awesome highlighter yellow colored jacket so nobody would run us over. 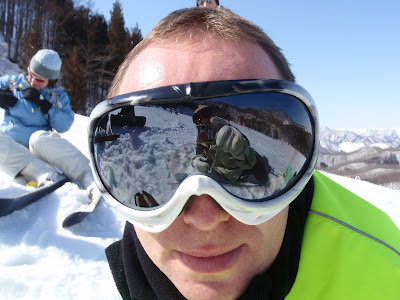 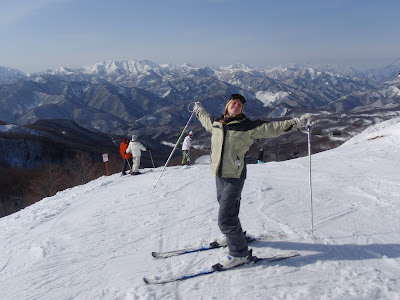 Far superior pictures below are from Alexander Laws (http://alexanderlaws.wordpress.com/2009/02/14/valentines-day-ski-trip/). 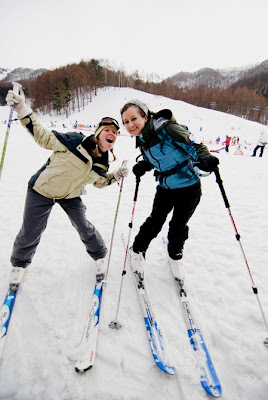 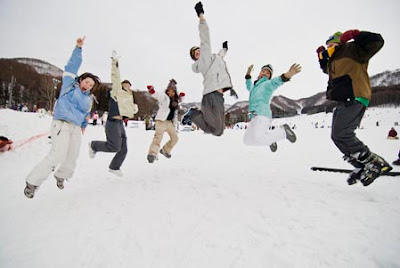 I was reminded of how great it feels to have a solid day of physically challenging skiing and taking in God's glorious creation we call mountains. Truly a spectacular and humbling feeling to be on a lift, surrounded in all directions by towering snow capped peaks. Oh, this is LOVE!
Posted by Sarah M at 7:30 PM