Back in 1192, Kamakura was the political center of Japan. That lasted for a mere century before it's decline, after which the rule moved to Kyoto. Because of that history and the many shrines and temples that still remain, Kamakura is often refereed to as the Kyoto of Eastern Japan. I don't really think the two compare at all, and for me it's just a great day trip from Tokyo. So, day tripping was done.

I've been to Kamakura before, but I had never been to Hase-dera. Definitely glad we swung through this time. 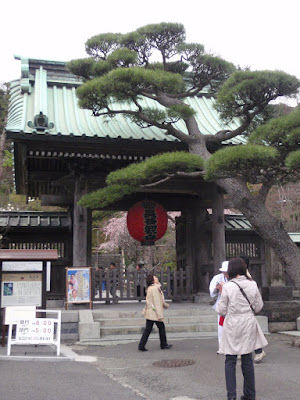 Kristin got to see her first sakura (cherry blossom tree) in bloom. 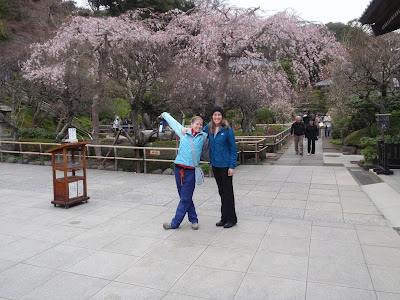 The garden was spectacular. Flowers never cease to amaze me, with their brilliant colors and innumerable symmetry patterns. 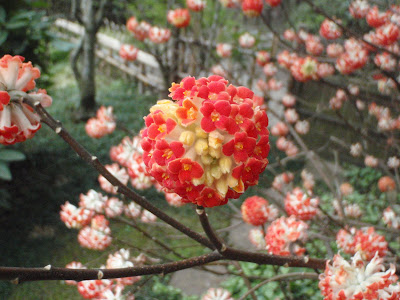 LOVE my new camera's panoramic mode. It's hit or miss with how the 3 stringed pictures come together, but I think this one turned out great. This is Hase-dera's garden. 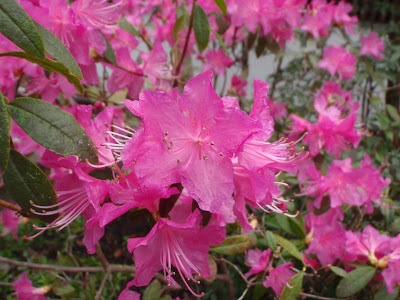 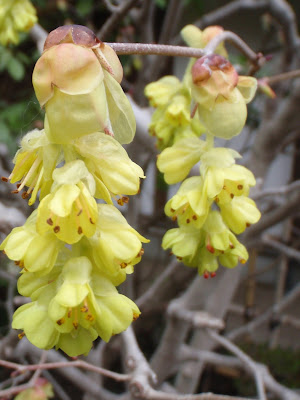 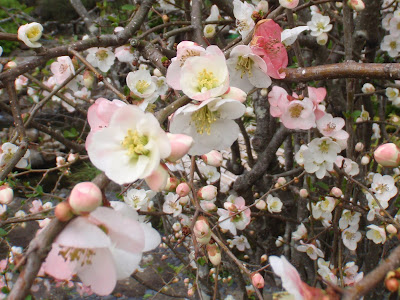 Kristin took the time to write a little something on a votive board in honor of her cousin's daughter, Chloe. 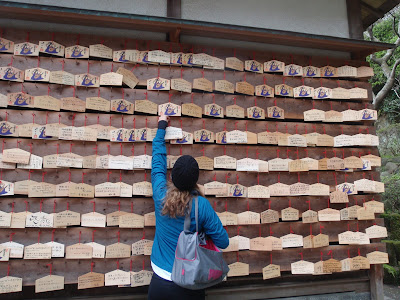 This is the inside of Benten-kutsu cave, which was pretty sweet. Benzaiten (statue of a sea goddess with eight arms) and her 16 children are chiseled out of the rock walls. 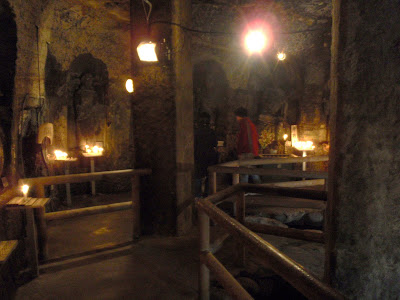 There are also tons of small little statues placed throughout the cave, which I didn't really understand. 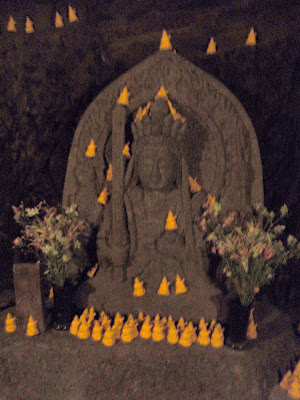 The many jizo comfort the souls of unborn children. 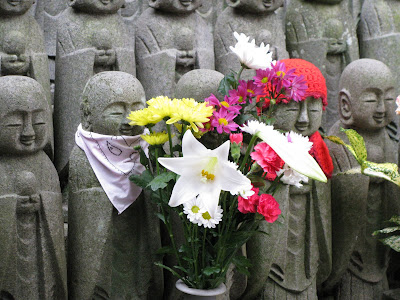 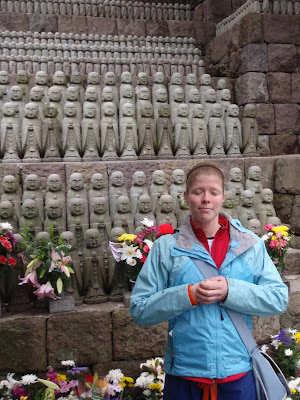 Another sweet panoramic on the second level of the complex.

View of the Kamakura coast in Kanagawa. I even caught this huge black crow in the picture, which was dive bombing at us the entire time. Believe it or not or not, there were actually a ton of surfers in the freezing coastal waters. 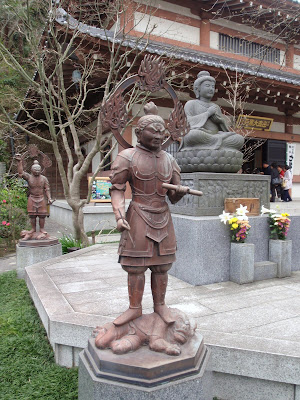 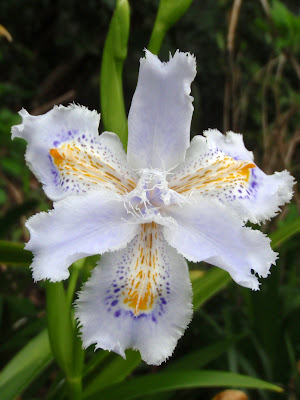 Had to see the Big Buddha. 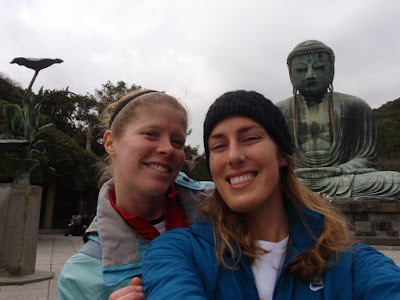 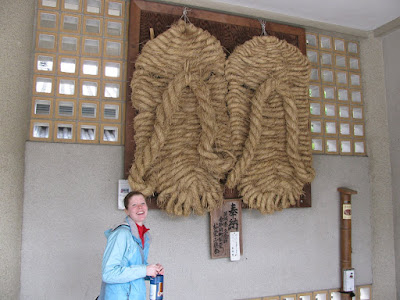 We also went to Zeniarai Benten Shrine, a first for the both of us. 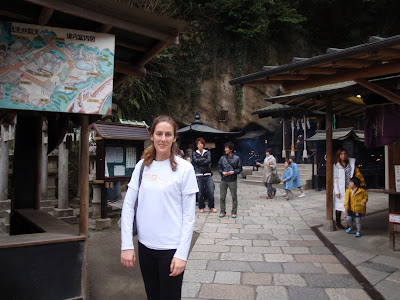 "Zeniarai" means coin washing, so the saying goes that by washing your money here, it will double! I think the Shinto gods got confused on my go, because after spending a week with Kristin and a week in Okinawa, my money was anything BUT doubled. 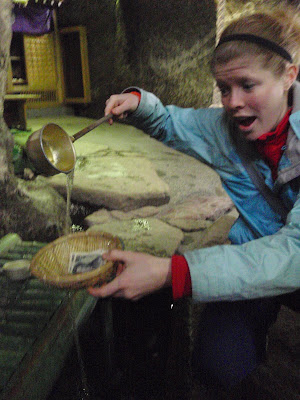 I don't know why koi are so entertaining, but they totally are. With their disproportionately big mouths agape and awkwardly small bulging eyes and fleshy whiskers... bizarrely awesome. 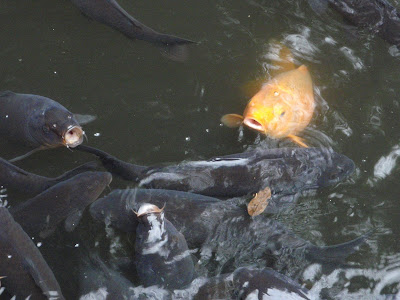 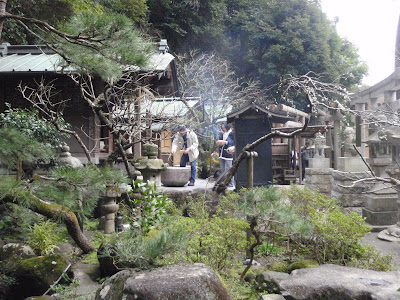 En route from Kamakura back to Maebashi for the night, we stopped and had a good 'ol traditional soba (buckwheat noodle) dinner. 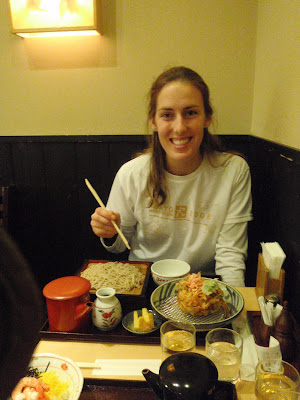 And after all that sightseeing, Kristin took 'turning Japanese' to a whole new level on the trains. The vast majority of passengers fall asleep on the trains, but this... this is skill.