Kristin loves volcanoes. I don't know exactly when or how the obsession started , but it's pretty full blown and I knew how important it was to her to see a volcano during this trip. Japan is situated along the circum-Pacific volcanic belt, so in addition to me living here (obviously the most important draw) the existence of 1/10 of the world's 840 active volcanoes was a sweet bonus.

Lucky for us, the active Mt. Asama is in Gunma. It's one of the most active volcanoes in Japan and just erupted in February! It was a big enough eruption that the entire mountain and several km surrounding area was closed off. The first eruption though was on May 9, 1783. It was a huge eruption and lava and volcanic ashes sprayed everywhere. The result was like an avalanche and the debris gathered surface water and transformed into a hot mud flow. The lava that cooled down formed Onioshidashi, the park that we went to check out. 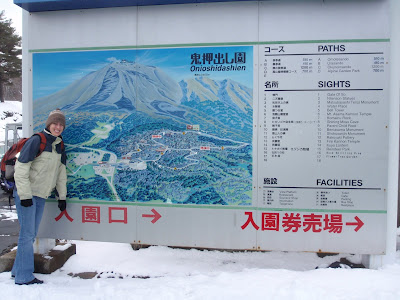 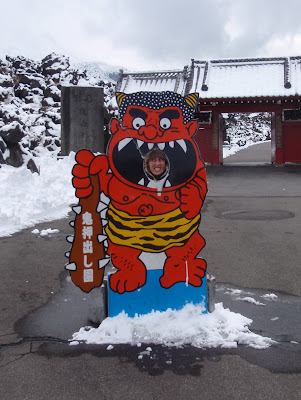 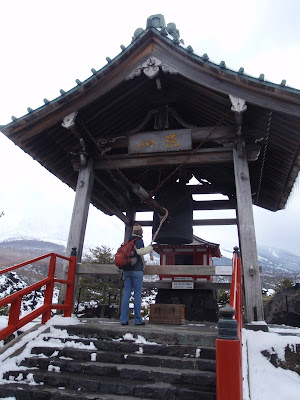 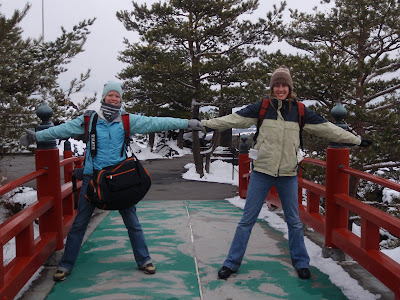 Mt. Asama in all her glory! 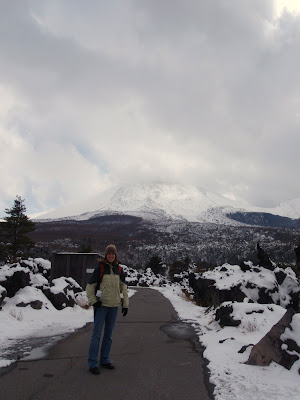