So, Kristin left me and thus began my week of Spring Break '09! A woo-hoo! I had lots of idea for travel destinations. Two requirements: WARM and affordable. In the end it came down to Okinawa (the southern most islands of Japan) and the Philippines. Since none of my travel compadres had any days of nenkyu (paid leave) left to allow for the week of fun in the sun (since it was Spring Break but I was still wearing my winter coat and using a heater in good 'ol Gunma!), I was going solo. My heart was in the Philippines, but my sensible safety meter said Okinawa was the better bet. Always wanting to get 'off the beaten path', I was hoping to get down to the very very southern islands of Iriomote and Ishigaki, which are actually closer to Taiwan than Japan's main islands. But, that was far from economically sensible for the week, so Okinawa-honto (the main island) it was.

Surprisingly, I got the seclusion and lack of tourism I was hoping for on a few islands off of Naha, but the sunshine and swimming I was hoping for was hard to find. Still, a climate where I could feel my fingers and toes was a vast improvement from Maebashi. 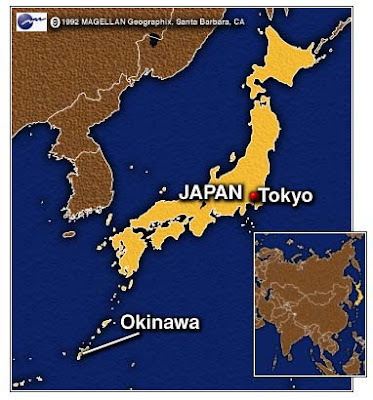 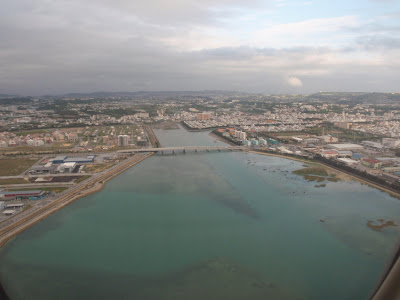 In Okinawa, dolphins do the construction work... unlike the bears and monkeys of Gunma. 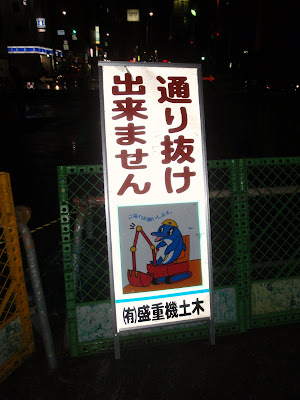 What do you do in Naha? Go shopping for all the souvenirs you're expected to bring back, of course! Kokusaidori is the main drag and is basically just store after identical store of omiyage shops. And they allll have free samples. Jackpot! 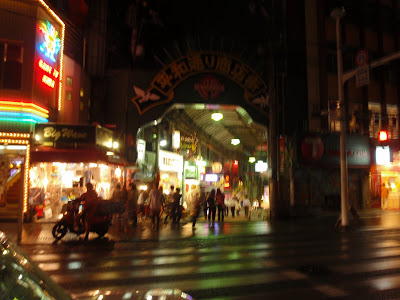 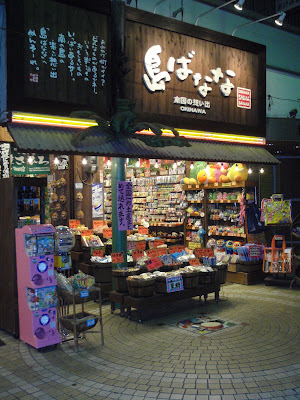 Naha's not big on major attractions and I wasn't really interested in paying the entrance fee to go to Shuri castle. So, I just rented a bike and rode around the city to get a feel for it. 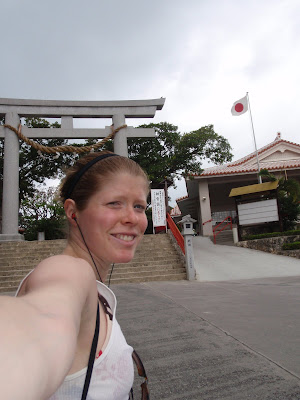 Shisa are what these little lion/dog decorations are called in Japanese. It's a traditional Ryukyuan decoration from Okinawan mythology, believed to ward off evils from homes and shops. 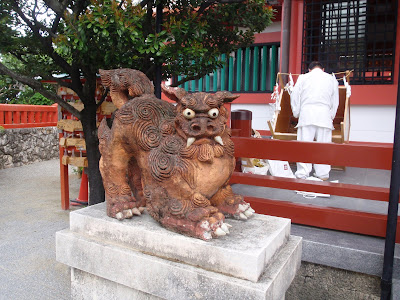 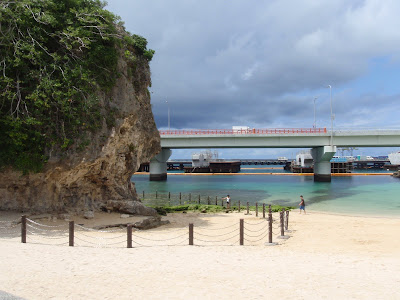 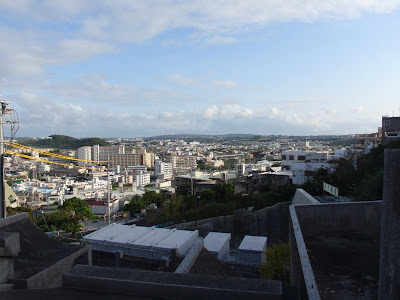 Lots of parks in Naha with lots of cute old men playing Shoji. 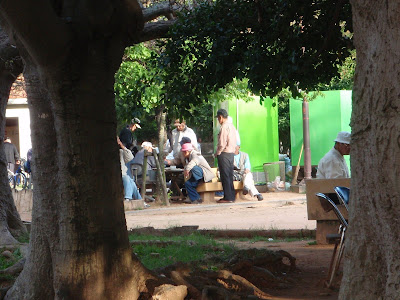 The usual fare at the night market. 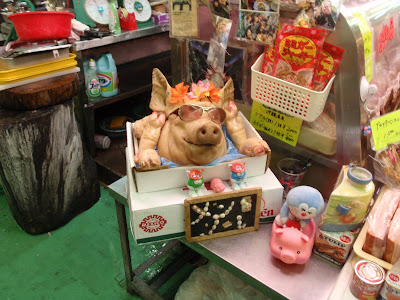 It's interesting to hear Japanese talk about the variances in Japanese culture. They often stress how different people, places, or objects are from prefecture to prefecture. When telling people I was going to Okinawa they all made 'oooohhhhh' noises and said how different Okinawa is from Gunma/Tokyo. When I got there, the differences weren't so apparent. It still felt very 'Japanese' to me. But, as time went on I did notice a definite difference in the people's dress and personalities. Much more chill. Below is another subtle, but significant difference in a Japanese instrument. Probably the most famous and culturally significant instrument on the mainland is the shamisen (http://en.wikipedia.org/wiki/Shamisen). I found out here, though, that these sanshin preceded the shamisen in Japan. I liked it because the face is covered in snake skin instead of cat skin. 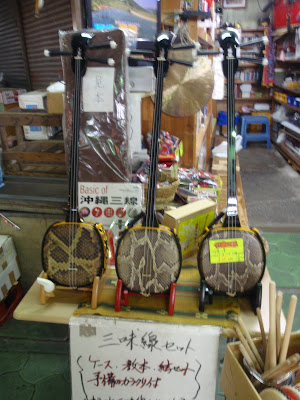 Not too many places to 'go out' in Naha, but I did see a sign for a Harlem Bar. I had to go and even recruited a sweet Brit from the hostel to go too. We were the only two people there. It was awesome, though! Great atmosphere and we heard all the original songs that R 'n' B artists today have sampled from. Some, I didn't even know existed! 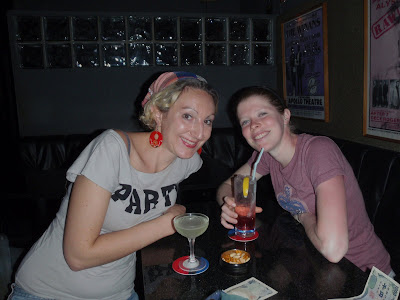 Bar #2: great bartender who served us up local food and spirits. Awamori is the drink of the region: a rice wine unlike sake because it's not a direct product of brewing and instead is distilled, like shochu. It is far from delicious, but when mixed properly it's aight. 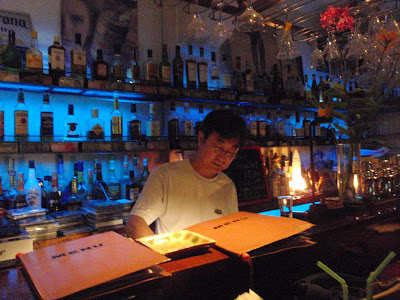 The only 'permanent housing' I had was as I rolled through Naha and stayed at 'Guest House Kerama'. LOVED IT! Great dudes there and super friendly and comfortable vibe. I was an idiot that forgot my tent at home in the rush to get out and get Kristin and I to the airport, but these guys conveniently had their own they lent me. So lucky! 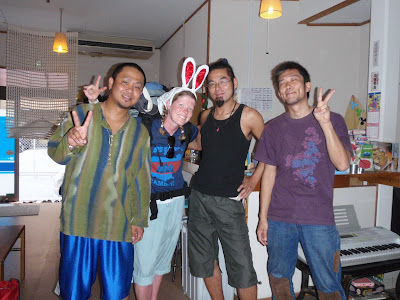 Overall, Naha is not nearly as big or crowded as I expected it to be, especially on a holiday week. Even though it's the capital, it still had a small town vibe and it wasn't too tough to get away from the tourism that is Okinawa. Great food, great people, great monorail (I am thoroughly impressed by public transport in Japan) and great starting point for Okinawan exploration.
Posted by Sarah M at 8:39 AM