After getting some sweet volcano lovin' at Onioshidashi Park, we headed to Kusatsu. It's Japan's #1 rated onsen town and one of my top 3 places in Japan. It's so unique! Here we are in front of the smelly 'yubatake' (source of the hot spring). 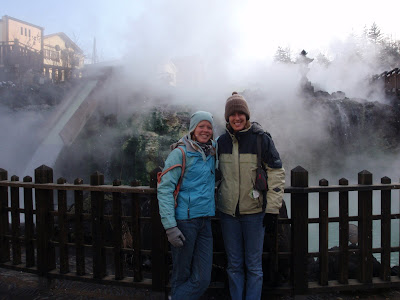 Strolling around the town, we make new friends. 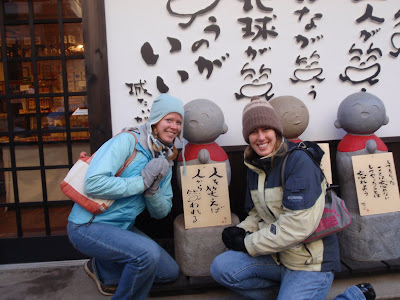 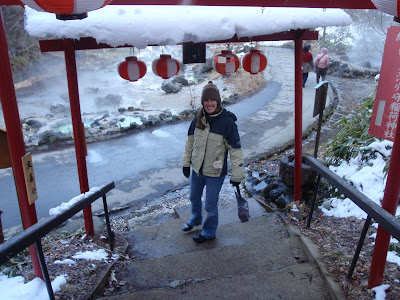 That night we stayed at the oldest ryokan (Japanese inn) in Kusatsu, Nisshinkan. It was a recommendation from the Tourism board in Maebashi and it didn't disappoint. No frills, glitz, or glamor. Just a simple, cute, basic Japanese inn with kind staff, warm rooms, a very basic onsen, and (debateably) great food. This was our dinner set meal. 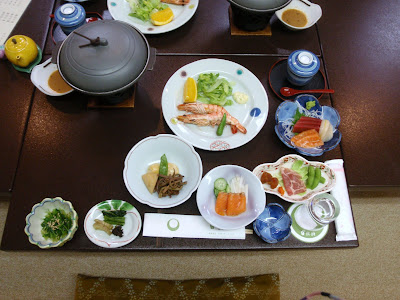 Contemplating whether or not she can get used to this kind of cuisine. 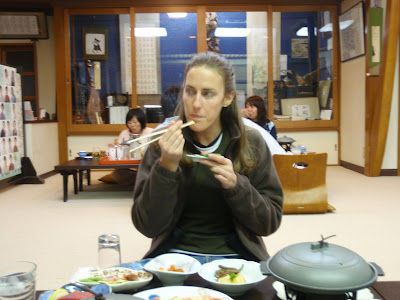 After dinner we got ice cream (because as filling as the meal was, we are still Americans!), talked for ages, and then took an onsen. This was Kristin's first experience with the whole public bathing thing, but since it was a pretty small inn and we didn't actually go until around 10pm, we had the whole place to ourselves. Soooo relaxing. 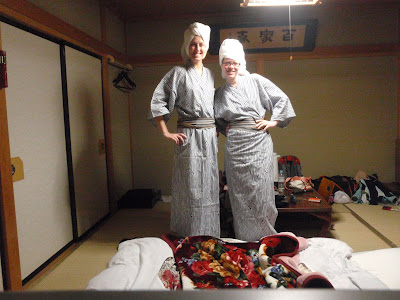 Breakfast the next morning was... well, not as good as dinner. Kristin pretty much cleared her dinner plates, but I cleared our breakfast plates. Apparently, fish and vegetables are unusual breakfast dishes. Her smile is so deceiving! 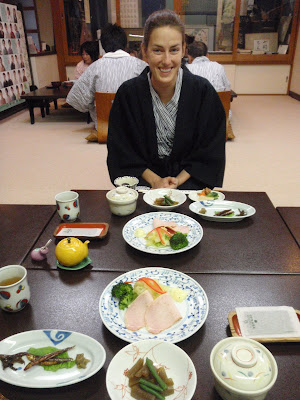 I love Kusatsu not only for the unique onsen town/German architecture vibe of it, but also because it's surrounded by mountains. The last few times I'd been up there it'd been warm enough to hike. There are some truly incredible hikes which I got to share with my family. This time around though, even though it was March, was still to cold and the roads to trekking paths were all closed. Kristin had never skied before in her life, but she figured she may as well add another "first" to the list. So, off we went to hit the slopes. My friend Brian (the guy in the neon yellow jacket) met us there for the fun and ended up being a way better teacher than I ever could be. He's got bigger love handles to hold onto. And an Irish accent. 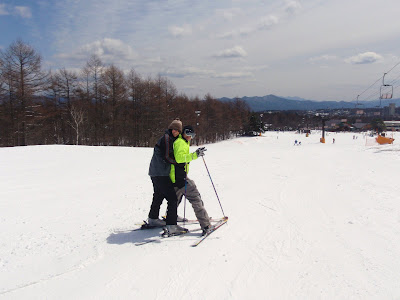 Like any newbie on the slopes, strapping planks as big as yourself onto your feet and hurling yourself down an icy, bumpy hill is not the most natural feeling in the world. One might even say the experience could be frustrating and want to give up. One might be Miss Kristin Miller. BUT, one might also put pride behind oneself and realize that they're actually a bit of a natural at the whole skiing thang and maybe, just maybe, enjoy it for a few moments. 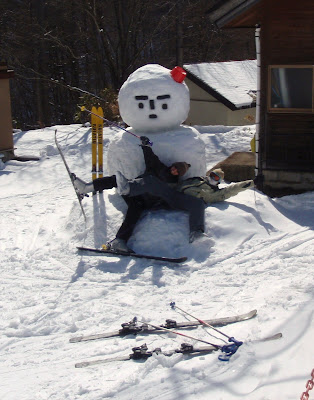 There's that smile I know and love! Could've been because we were graduating from the bunny hills and making it onto the 'big girl lifts', or it could've been the beer. 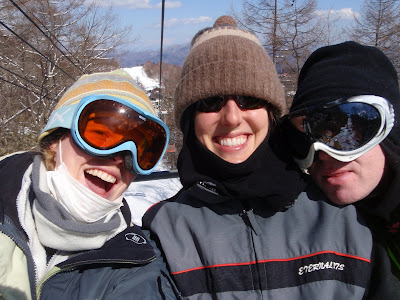 Brian and I had to take of advantage of all the lifts while we were there so we headed up to the peaks. That is when we realized THIS kind of snow existed here... Hallelujah!!! 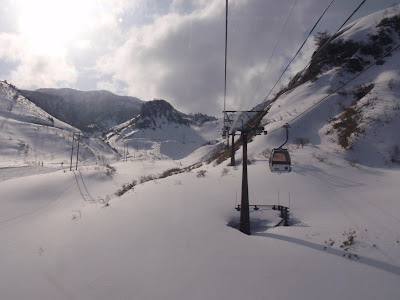 The gorgeous view from the top. 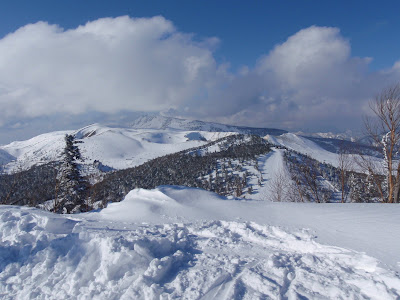 After a long, hard, painful day of skiing the perfect remedy was a trip to the onsen. We went to a famous (but pricey) one near the center of town, known for it's variety in mineral composition, and water temperatures. It felt fannnntastic! And after warming up those wearing muscles, the next logical thing is to get some cold tap beer and sushi! 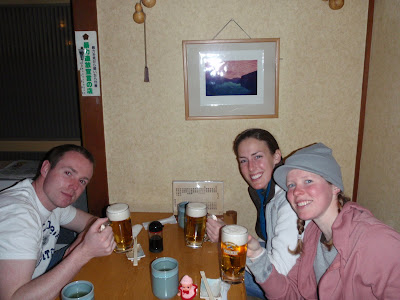 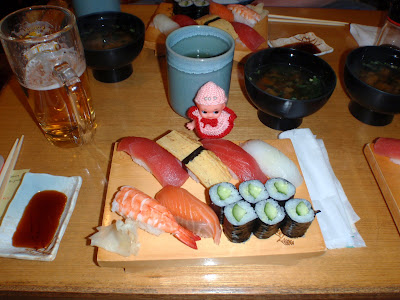 With our bellies content and our Japan adventures coming to an end, we made the trek back to Maebashi. Kristin was headed home, back to the daily grind and hard work and dedication she does at TAB glass and I was heading to Okinawa to bask in blissful lack of responsibility a liiiitle longer. We were both leaving on jet planes and heading to entirely different destinations, but our past and the week we had together will be memories we can share together forever. I can't even begin to express how great it was to have my best friend here to experience all that I love about life in Japan. It felt totally natural being with her and still as exciting and fun as expected! I will miss her physical presence a ton, but know we're only a phone call away. Plus, all of our friends except us are getting married so we will be each others dates for what will probably be a lonnng time. Miss ya, Miller! 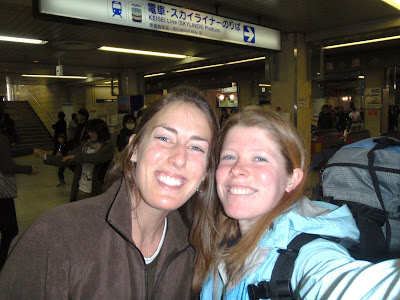