Last stop on the Okinawa agenda for me was Zamami island. Since it was relatively close to Naha, again I thought it'd be packed. And again, I was pleasantly surprised. This time I had people to entertain me on the ferry and the camp site even bore a few others. Not nearly as lonely, but still just as safe. 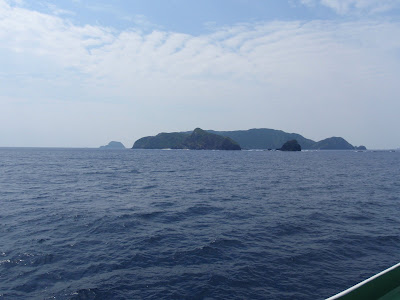 The best part was that the weather finally cleared up, allowing sunshine and a lack of vomit inducing ferry rides. A definite plus! 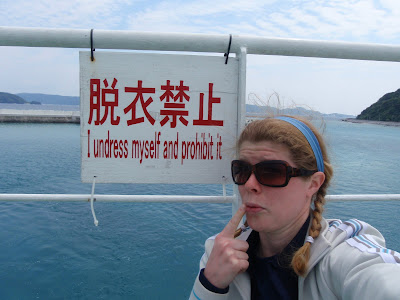 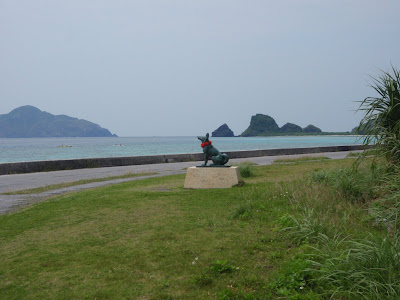 The first chance I had to put on that swimsuit I'd been lugging around and I couldn't have been happier! I was a little too happy, though. I blissfully delayed putting on sunscreen for all of 4 hours one morning, enjoying my book, the rays, and a swim. That was the last day of my trip. It didn't happen for 2 days after my return, but I ended up having THE WORST sunburn of my entire life. And I'm a whitey, I've been burnt many a time. We're talking blisters so big it looked like a million hands were grasping me around my torso. I literally could, not, move. I had to take off of work for the first time in my life. It sucked. A lot. And I hope it never ever ever happens again. SPF 50 at all times for me! I'm still peeling (it's been 2 months). 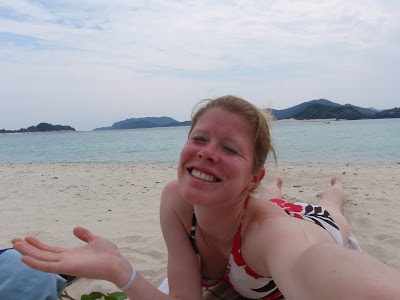 The camp site, which had that beach I'm on (above) immediately behind it. Perrrrrfect! 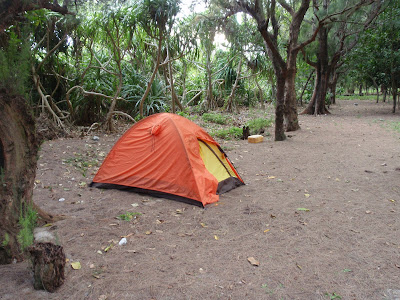 One of Okinawa's 'famous foods', goya (with clam shells) and the local brew, Orion. Both were pretty tasty! 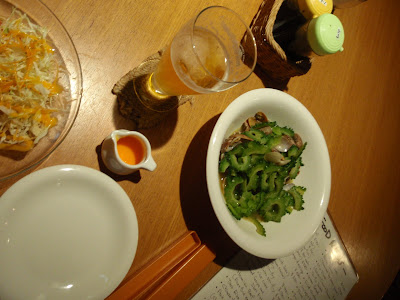 So there I am, maxing and relaxing by myself on the beautiful beach and this guy goes out for the catch of the day. I end up 'talking' to him (all in Japanese, a total feat for me) for a pretty long time. 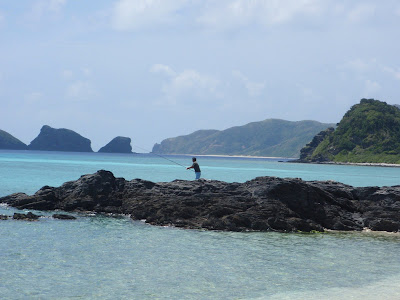 He proceeds to serve up the freshest sushi I have EVER had in my life. 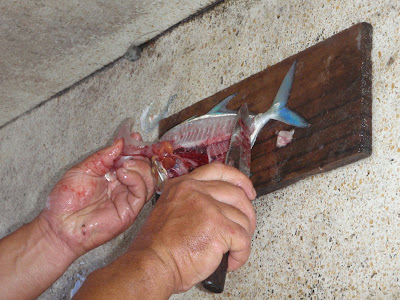 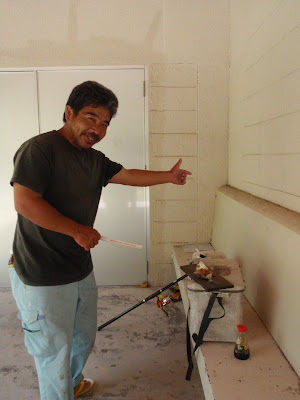 He left for awhile, then came back with ice cream and his cute little dog. Cool guy. 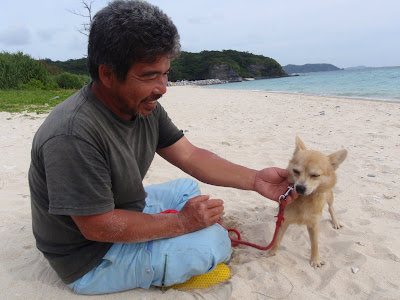 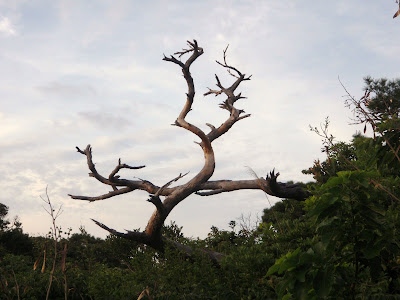 Even more awesome sunset, as they always are! 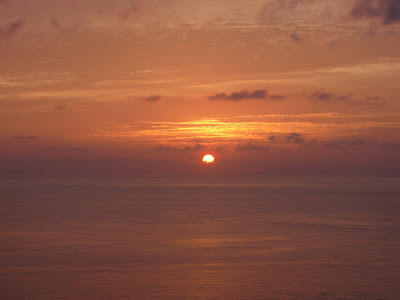 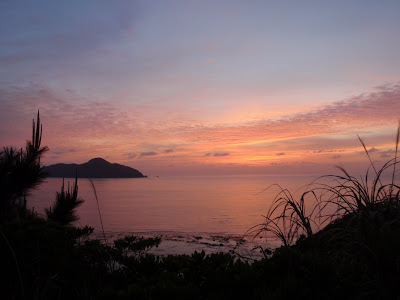 Okinawa: maybe not the most amazing or impressing location I've been in my life (I'm super spoiled, though), but definitely exactly what I needed at exactly the right time. I got to do a lot of thinking and reflecting, which I don't do enough about my life. I'm a do-er and and a go-er, and it was really a lot different not to be traveling with anyone else or have something planned every minute of the day. Sometimes it was boring or lonely, but mostly it was helpful and necessary (other than that sunburn!).
Posted by Sarah M at 10:28 AM