Take 8: Rockin' it at Railay

One of the things on my very detailed agenda of "things to do" in Thailand was rock climbing. The limestone cliffs overlooking the blue Andaman Sea were just begging me to lock in and climb up. Railay is the jagged peninsula renown for world class rock climbing. I recruited Gopika and Frank, and we were off.
An early morning pick up for us and others (sound familiar?) and a relatively short long-tail boat ride go us to our destination. 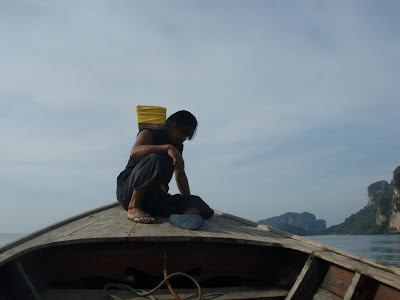 We opted for the half day climb, being penny pinchers and all and thinking a full day of climbing would be a bit much anyway. Great decision in the long run, but as the time ticked getting all 20-some participants their right sized shoes and harnesses and sorting out groups, I was getting a bit nervous. We had paid for a 4 hour climb, and so far 2 hours of it were spent walking to the equipment place and getting gear. The walk to the cliffs wasn't too far, but when we got there, it was clear that THIS was the place to be. There were at least 100 other people there climbing or waiting to climb by the time we got there. I was feeling bummed, thinking I'd get maybe a climb or two in and check out people's butts the rest of the time (which in itself isn't bad, but I wouldn't pay 70 bucks to do it). We headed down to this point at the very end. 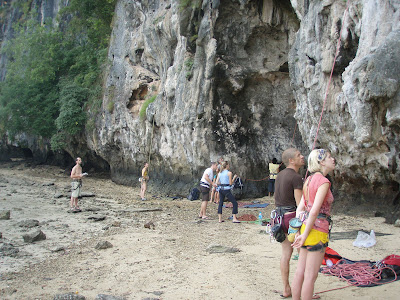 At first it was a lot of waiting around, and watching others with a few mediocre climbs. Gopika's climbed before and was rockin' it, but got a little overwhelmed by the innate height fear she couldn't get outta her head. Frank was a first timer that scaled the cliffs like a pro! I officially converted her to a climbing junkie and a promise has been made to hit up the Devil's Head Lake cliffs when I get back! We of course took a gajillion and one picture of the climbs, but I'll spare ya on the excessive butt shots. Maybe just a few... 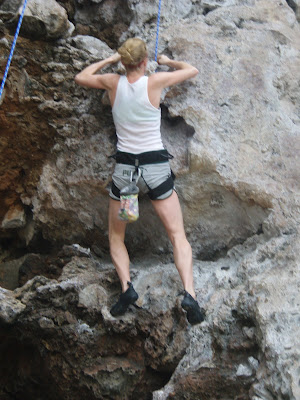 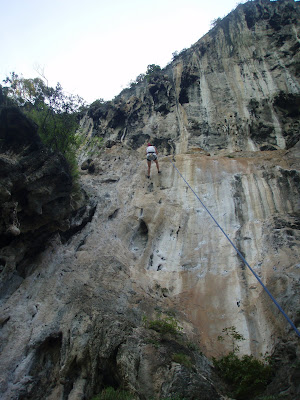 From running back and forth between our guides exclaiming "I'm ready! I can be next, if you'd like. Ready when you are!" I'm pretty sure they could tell how anxious I was to get on the ropes again and try out some more challenging climbs. So this guy stuck me on this overhang which was next to impossible to get up... but not entirely impossible! 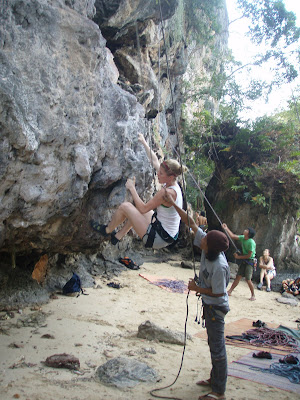 I harnessed my camera up on the last run and snapped some pics from the top. Yes, those are sweat beads glistening all over my forehead. 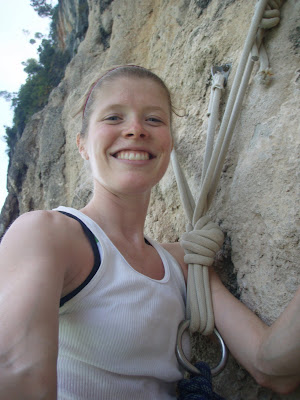 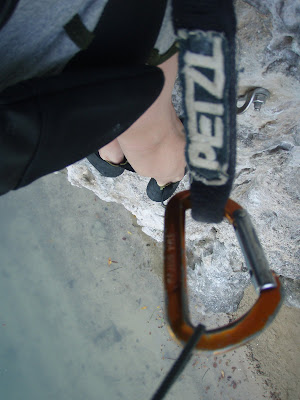 Looking out over the bay. 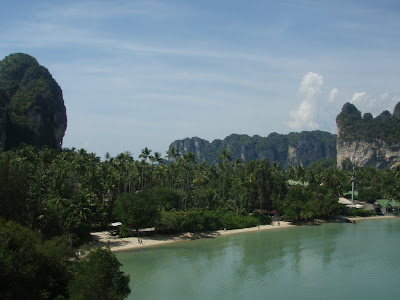 You guys are littttttle! 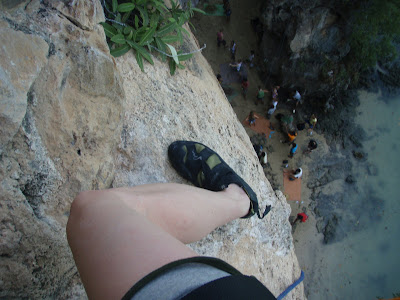 The ladies with our awesome instructor who made sure we all got as many climbs as we desired! 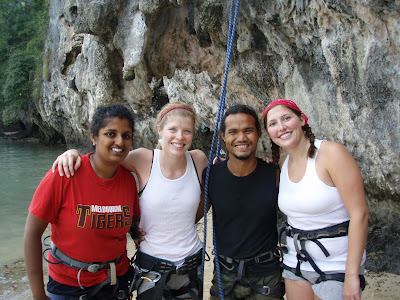 Our other instructor, who made sure we were all offered the chance to buy his smelly worn shirt, his socks, and a rock from the beach. 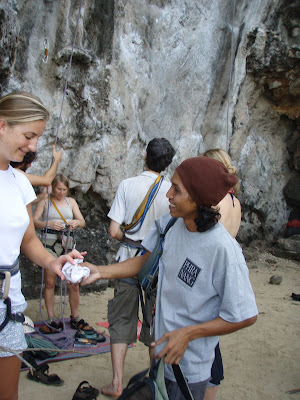 After the climb, we headed out to lunch. We took a recommendation from the woman working at the climbing place. There was only one large stretch of path along the beach and every place looked exactly like the next. They were all bars/clubs/restaurants with loud music, a worn pool table, neon paintings, and a dirty bathroom. Still, the chill seating was perfect and the food was spot on! 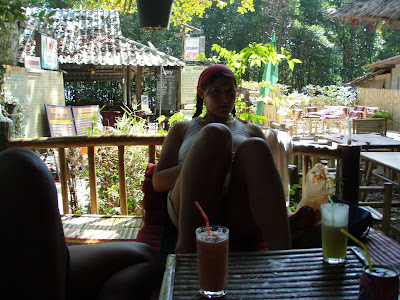 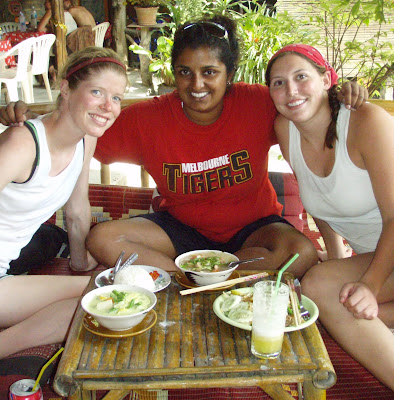 After a delicious and filling lunch, we decided to venture over to the other side of the peninsula. The walk there was a bit confusing, but gorgeous and so worth it. We found ourselves walking alongside and through bits of limestone caves. 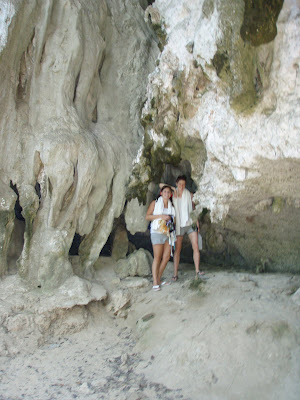 At the end there was this little beach and cavern. 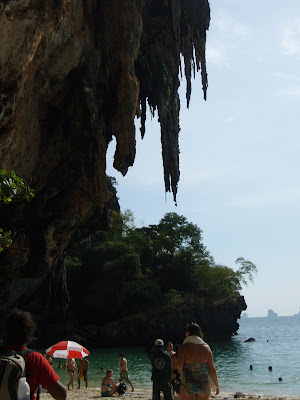 Naturally, we got in for a swim and found this cool little lagoon. 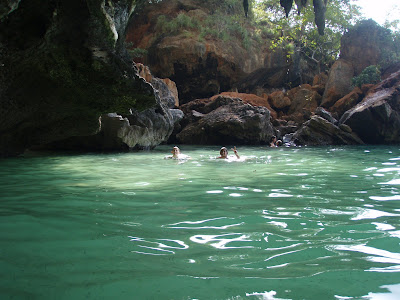 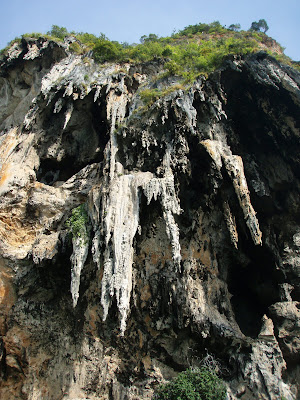 Then the highlight for me, was finding this here cliff - which, naturally I had to jump off. But not without convincing Frank to do it first! 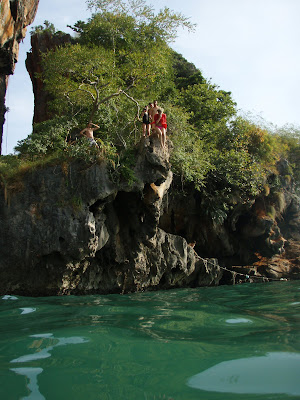 Here's a video of Frank taking the plunge. Sorry I didn't realize I wouldn't be able to rotate a video on here - soooo, you'll have to tilt your head sideways to get the full effect.

Then I thought it'd be fun to try to video tape myself jumping, what with my sweet waterproof camera and all. It didn't really turn out that great, but it's still kinda cool.