Take Me Out to the Ballgame!

March 22, 2008: a day marked on many a gaijin's calendars. This day was the MLB season opener, conveniently located in Tokyo, Japan. I'm not a die-hard baseball fan by any means. I love going to Brewer games, but mostly for the tailgating beforehand and the Weiner races. I do like Boston though (home of Aerosmith) and any group event involving eating, drinking, and yelling. So off we were:
This is the entrance to Tokyo Dome City (complete with the actual Tokyo Dome, some restaurants, some amusement park rides, a mall of course, and a hotel). 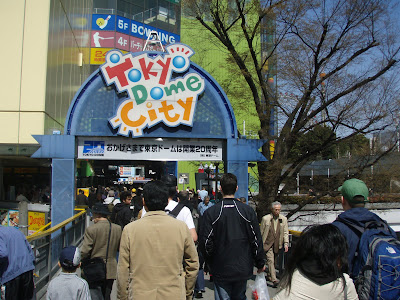 The Tokyo Dome is home to the Tokyo Giants. 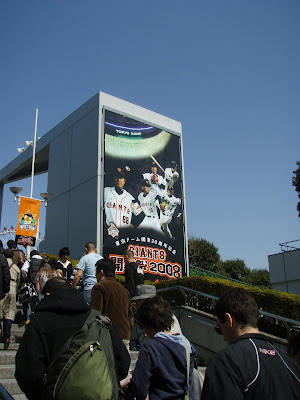 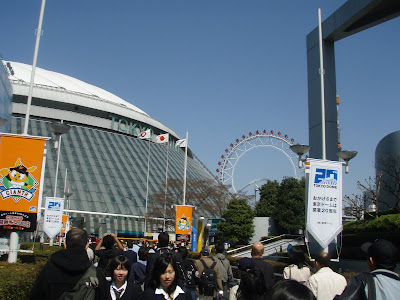 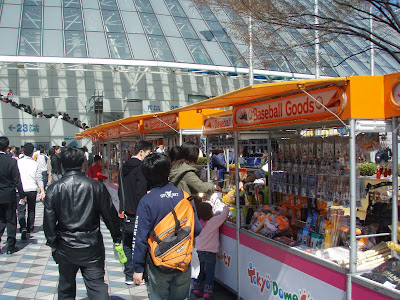 It didn't look like Gotham City anymore during the day, but it was still cool. 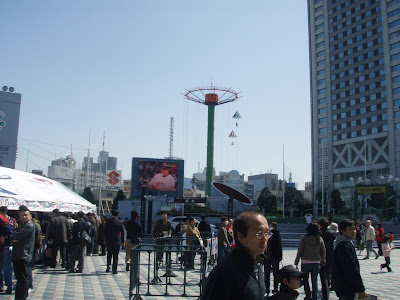 I didn't actually want to see the Hall of Fame Museum, but the mural outside was kinda cool. 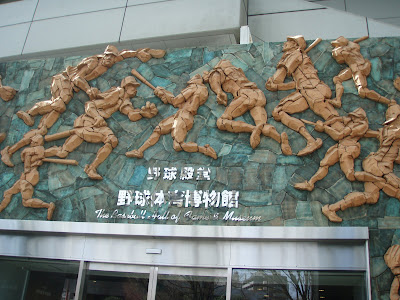 All the true fans gotta get themselves a noise maker! 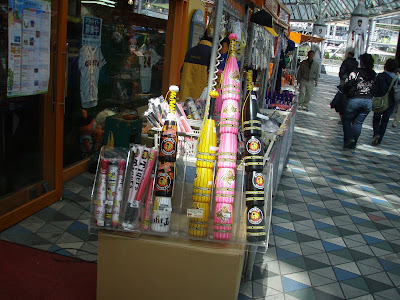 And we're inside! Massive dome - but unretractable and thus far inferior to Miller Stadium. Especially when it was sooooo nice outside. It was the Boston Red Sox vs. The Hanshin Tigers (a team from Osaka, Japan). They played the US and Japan National Anthems (on the big speakers on trucks). It seemed to be about a 50/50 crowd of foreigners/Japanese. 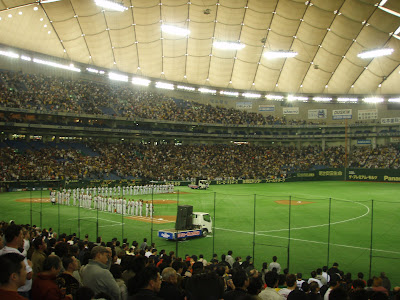 Sure, there was a game being played, but there were more important issues to be pondered... such as, will they serve beer at the Tokyo Dome? The answer: not only did they serve beer, they served it ON TAP! Oh Japan, how I loveth thee. Terry and Adil were more excited about the cute girl serving than the actual beer, I think. 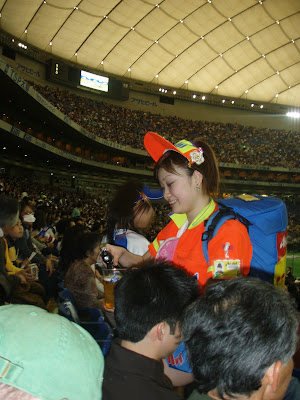 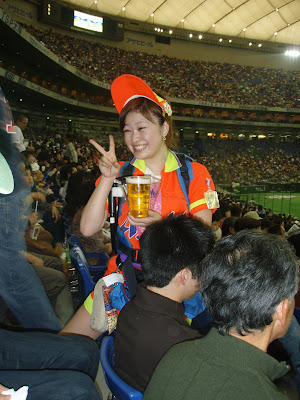 There were no wiener races, but there was a "guess which Tokyo Tower the ball is under game" which was pretty cool. 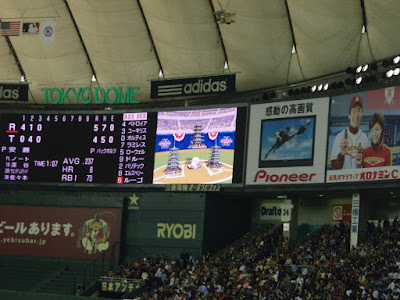 And second to beer, the other question of the day was what kind of food they'd have. I of course took the risk of carrying in, successfully! But to those less prepared, chicken nuggets, foot longs, Ritz, and Oreo's were for sale. 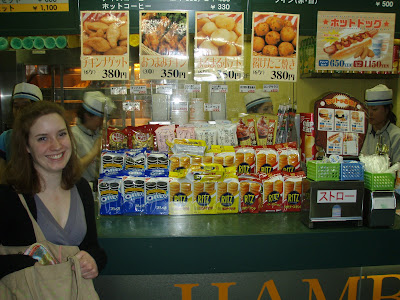 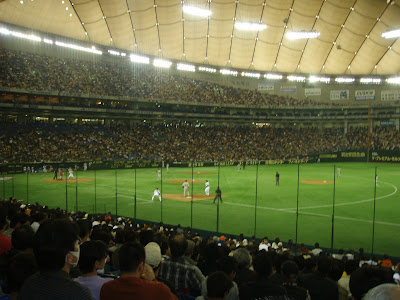 Swing and a hit! 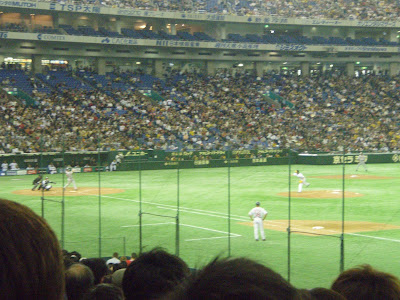 Click below for a feel of the Dome's atmosphere.
Final score of 6-5, Red Sox. 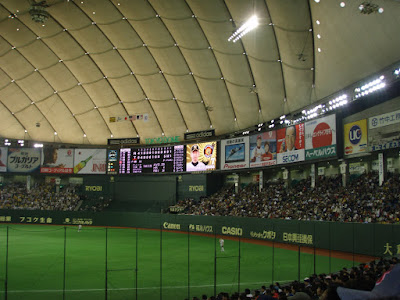 But more importantly, we look good! 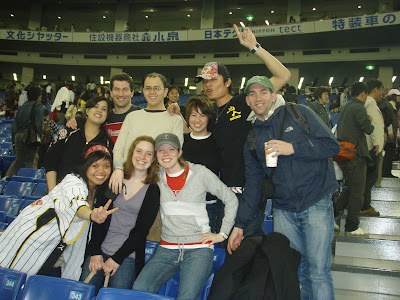 Oh yeah, we should probably get the field in the background, huh? 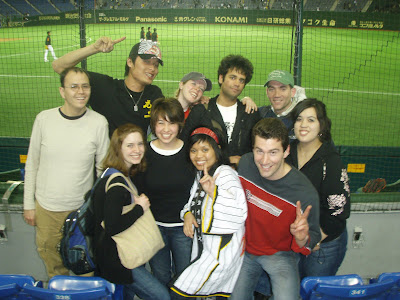