Who Knew about Nagano?

Not I! We had driven to Nagano Prefecture in September for the ALT soccer tournament and all I remember was the early morning mist and haze, followed by a lot of pretty soccer fields that quickly became not so pretty. We also got a good look at many of the ski runs that were used in the 1998 Olympics. BUT, Nagano's more than just a former Olympic City and home to entertaining snow monkeys.
It's also home to the Zenkoji temple which was allegedly home to the first Buddhist image to arrive in Japan some 1500 years ago ( in552, from Korea). The temple has since been destroyed 11 times by fires (a theme recurring in Japan's history of temples) and rebuilt. The current temple was built in 1707 and is a National Treasure.
Sometimes, temples make us feel like dancin'. 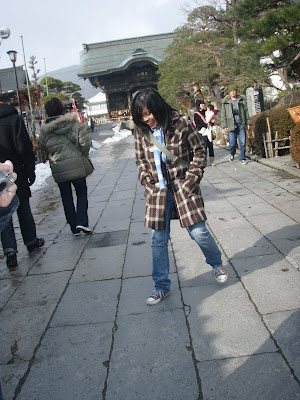 Buddha and the lost children. 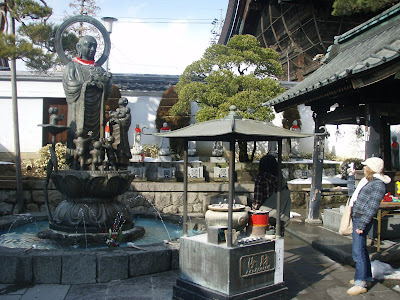 These are the jizo statues that stay behind to guide the lost children to Heaven (says Ali). 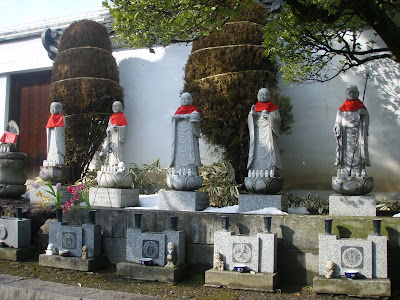 Group pic in front of the first gate, Nio-mon. None of the multiple people I asked to take the picture actually got the gate and us in it. 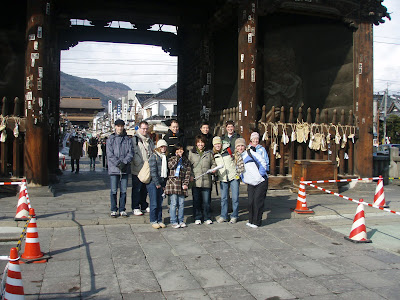 Like all good temples, there was a street leading up to it filled with ample supply of free samples and regional goods and products begging to be bought for omiyage (presents, typically for co-workers after you've traveled somewhere.) After tasting all the treats that Nagano's got to offer, I settled on a few boxes full of individually wrapped sesame manju for my teachers. 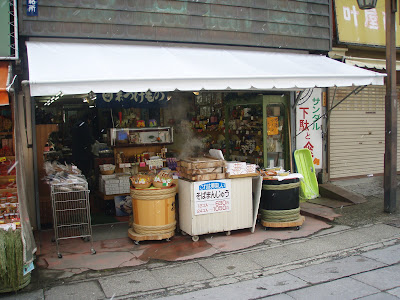 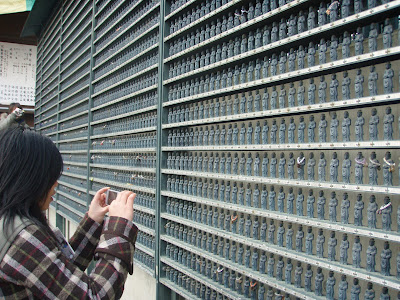 The following pictures (the really nice ones that are far superior to mine) are all taken by Alex. 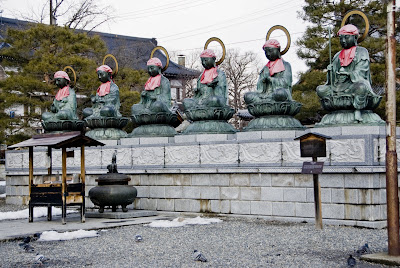 It was inside this main hall (Hondou) where the Ikko-Sanzon image is: no pictures allowed. We saw that, then paid $5 to pretty much revisit the haunted house days of our yesteryears and get the crap scared out of us as we wandered around a pitch black tunnel searching for "the key to salvation." 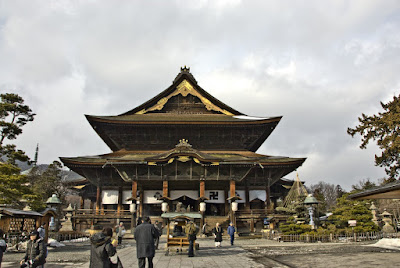 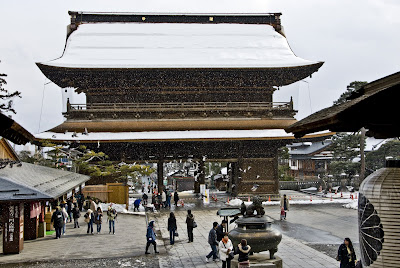 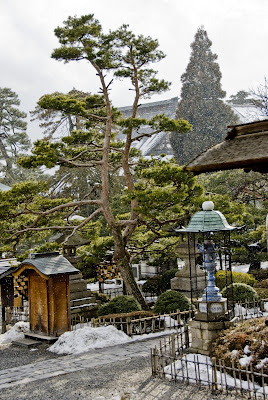 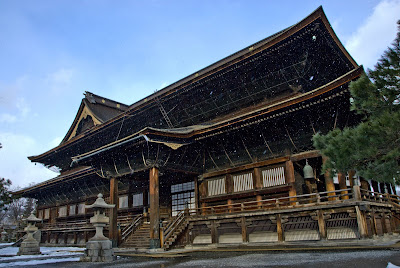 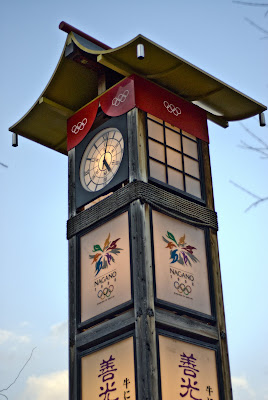 After checking out the temple grounds and getting kicked out - we headed for a sake brewery. Nobody was actually working there at the time, but we did get to see the equipment, pretend to read the explanatory signs, and sample it for free. Also, there were shiny poles where Alex was creative and took this amazing photo. 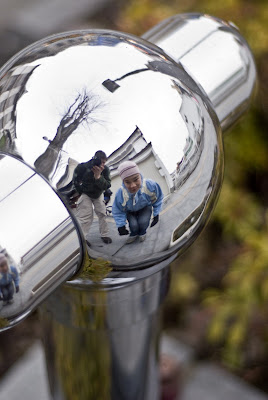 This day we took the shinkansen, regular train, buses and a cab. Here's a shot of the city as we're heading back. 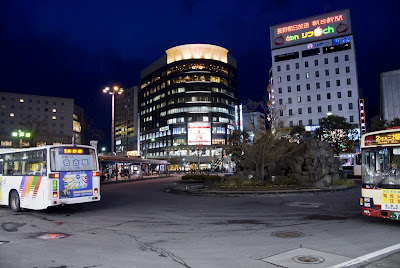