Minakami... far from the Camp Minakami I went to for Preschool!

On October 6th, a bunch of friends and I headed up to a town called Minakami (about 1 1/2 hour train ride north of Maebashi). It was a gorgeous day, and this here coal powered train pulled up to the station platform. I don't know what was more amusing... the sweet coal powered train (which we didn't get to ride in), or the stampede of Japanese locals ready to snap 96 pictures of the train at the drop of a coin. I fit right in:) 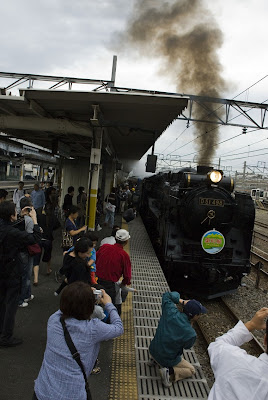 We got to Minakami Station with 30 minutes to spare before our bus pick-up and walk out to the sun shining and a group of local taiko drummers! What an awesome surprise. I think they might have been more surprised to have a fan base of 30 geijin (foreigners) watching them. 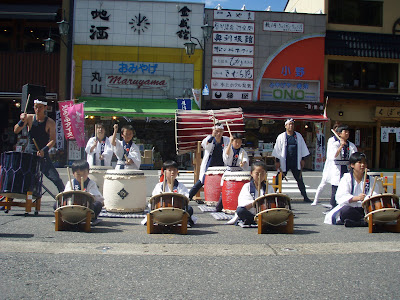 I have a whole new appreciation for the taiko arcade game now. 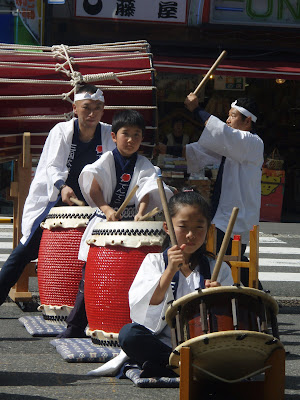 Okay, so then we get picked up by a big 'ol bus which winds up and down the mountains some more before getting to our destination: Canyons. Canyons is a Kiwi (New Zealand folks) run company which specializes in adventure activities around the area. Our adrenaline rush of the weekend came via "canyoning", which can't be explained as well as just experienced... or shown via photos. I.e. see below!
Since camera's weren't allowed on actual course (which was a "beginner" course by the way), I had to get one last snap in before the run. Full body wetsuits and moonboots take AGES to put on, in case you were wondering. 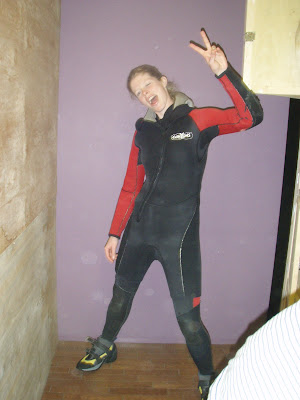 Here's our whole Gunma crew before we hit the rapids. Can you find me? 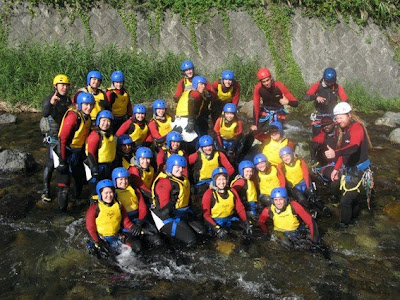 We sloshed around in the water a bit to get used to the water, had one "mini" drop, and then it was down THIS! You're roped in on this one, so you kinda of just slide down really fast with water pounding all over you. Crazy feeling!

They were charging $8 for a digital picture of me from this view... so, needless to say, you're just gonna have to 'envision' my face instead of hers at the top of this drop. If it helps, I was smiling much bigger and cornier and I didn't skimp on the thumbs - two of 'em up! 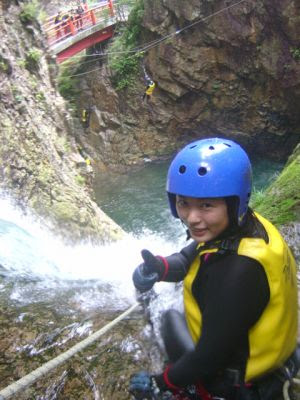 Only a few people did this drop, because you had to be able to do a pull up on the bar to show that you could grasp the bar when they pull the seat out from under ya so you're not falling the 200 m down on your side, or face, or something other than your feet to take the impact. It was intense, to say the least. 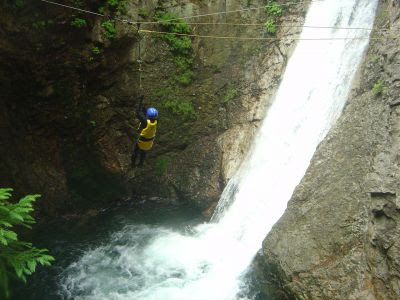 There were lots of these thingers, where you could opt to slide, jump, do a flip, dive, go backwards, etc etc into what is apparently and endless hole. I went classic sliding and jumping style without enough guts for flipping or backwards entry. I never could get those down on the diving board or raft, so I'm thinking slippery and jagged rocks wouldn't be the best place to mess up my form. 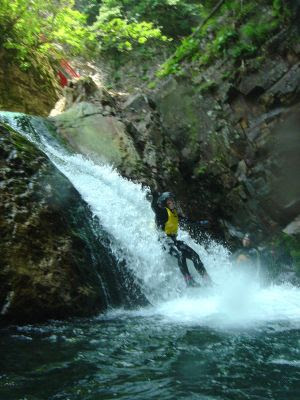 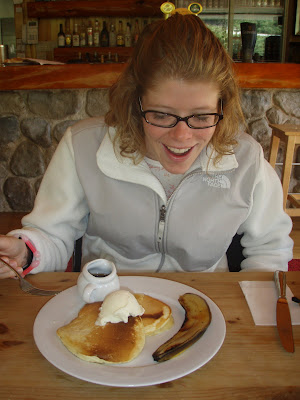 Our weary state on the train ride back to Maebashi led us to have like, a 30 minute conversation about rice fields. We also talked about a ridiculous sign we saw for 30 minutes, but I realized I was more interested in rice paddies and farming that I ever thought I would be in my life. This is pic of the rice after it's been picked and is hanging out to dry. 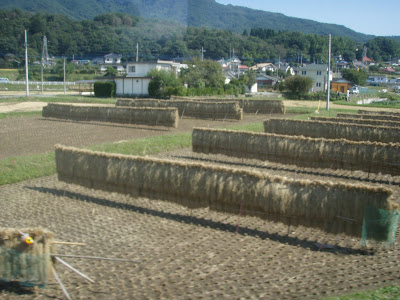 Wanna see that ridiculous sign? You'll have to wait... I'm holding off until I have a stock of 'em to post all at one time... oh, the Engrish signs make me giggle. Until then...
Posted by Sarah M at 3:46 AM