I don’t play soccer. I was never on the ‘Lil Kickers or referred to as “The Brick Wall” because of my awesome goalie skills. I’ve never played a day of organized soccer in my life. So why would I sign up to play this unfamiliar sport for two days straight? Because, there were 26 other Gunma soccer players and supporters and almost 1000 other soccer players and supporters from around the eastern half of Japan all signed up for the same competitive but friendly connection amongst ALTs and our Japanese comrades.

Before the big tournament in Nagano, we had a few practices in Kiryuu, Gunma (not far from me in Maebashi). 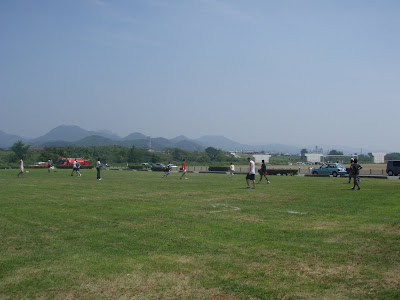 Namely, I just sat on the side, watching the mad skills of the Brits, like Tom. 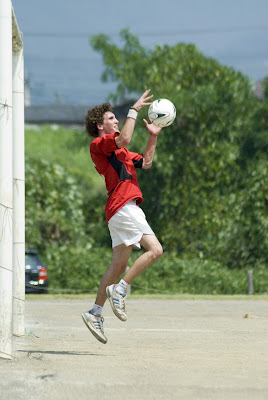 On Sept 29th, we headed out from Maebashi, Gunma to the tourney in Nagano Prefecture. It was an expected two hour drive, so we had a meeting time of 5:30am, waited an hour for Claudio to get out of bed, then hit the road. It was cool because we were like driving into the mystic of Nagano. It wasn't cool, because it was 6:30am. 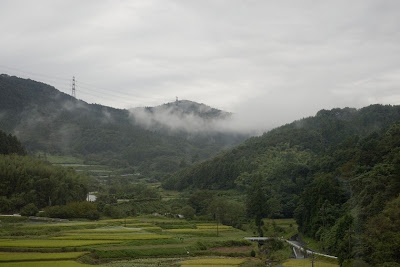 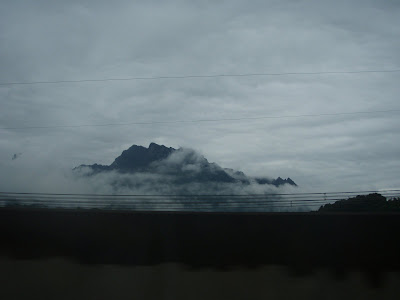 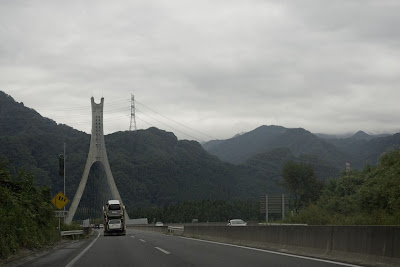 But, we finally made it there JUST in the knick of time (literally at the boys 9:00am kickoff time). These are two of our amazing supporters, Kamo and Tomomi. You can see a bunch of ski runs in the backround... those were used in the '98 Winter Olympics that were held in Nagano. Sorry Katie, I didn't see any bobsled runs:) 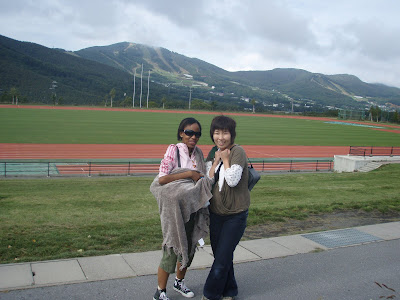 This is the boys' "pitch" (it's a field... seriously; who calls it a pitch?) in Senai. Absolutely gorgeous, grade A "pitch". 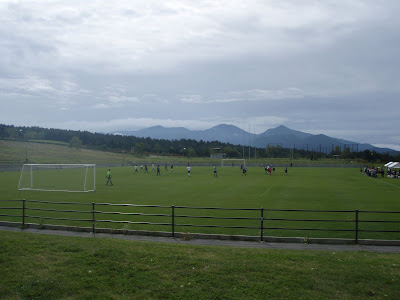 Tom takes a half time break to rest and hold our #1 supporter, Shooma. Coolest hair, ever! 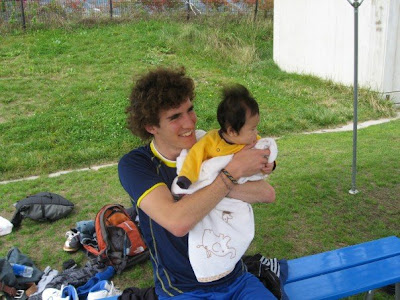 Welcome to the girls' "pitches". Not quite as glamorous, but they got the job done! We had smaller fields, smaller teams, and shorter halves... hmmmm - how come we were still so tired? Oh, probably because we didn't have any subs, and only had a full team (6 players) 12 hours before we left. It ended up being amazing though and even though none of us had played before, we were all surprised at the skill that came out! Okay, so the skill didn't play out on the scoreboard or anything, but we definitely put up a good fight! 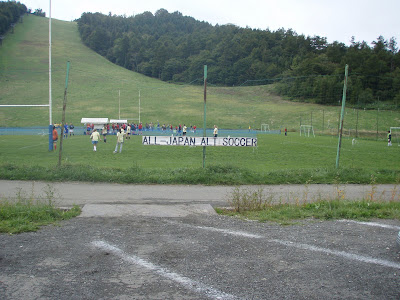 Yes, that is me wearing our "jerseys" (i.e. wear black!) and softball socks and running shoes. It was a pretty pricy weekend with the commute and lodging and food, so I was thrifty wherever possible. Don't worry though, I did splurge on shin guards, so that might have been the only part of my body not in pain on Monday. 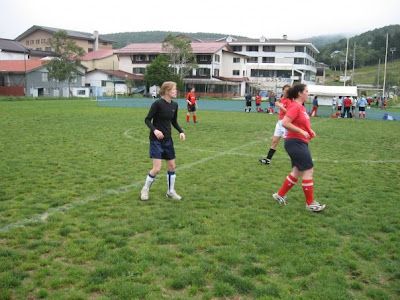 I could run up and down the field like there's no tomorrow... I just couldn't put the ball in the goal! Actually, I did score our team's one and only goal of the 4 game weekend... I don't really know whether to be proud or ashamed of that though. 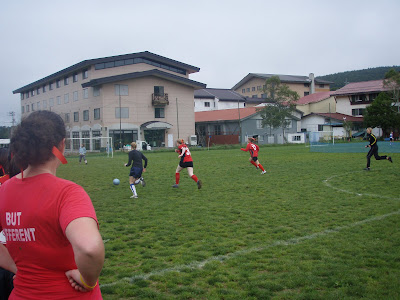 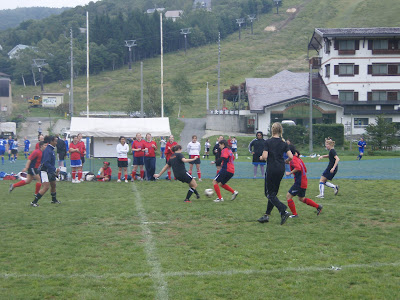 The whole girls' team and our meager supporting crew after our first day of 3 losses. As you can see, we're still in good spirit! 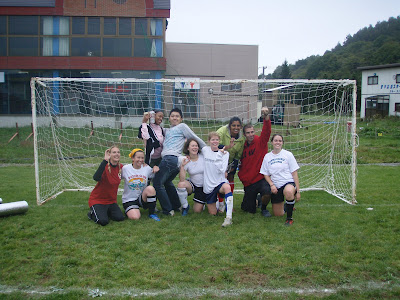 The boys team represented as well, winning their first two but losing to the next two to veteran teams. 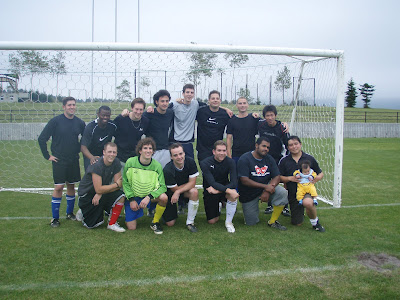 On Sunday, teams were seeded based on their performance in Saturdays games. It was single game elimination. Needless to say, we were out after our first game. However, we weren't too disappointed, because on top of the coldness and wind in high altitudes on Saturday, it decided to rain on Sunday to boot. Boys' lost their game too, just in time to come and miserably support us in the second half. 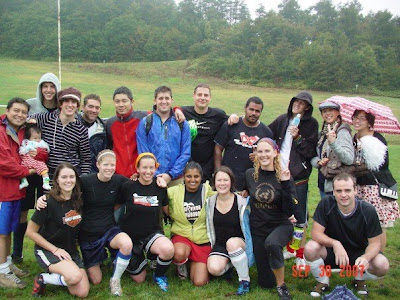 And just when we thought we'd get to head in to the wonderful warmth of the public baths and hot springs, Gunma's called to ref and line judge. Not knowing any soccer rules, I opted for line judging responsibilities. Brooke and I aren't the happiest, but at least we weren't wearing a plastic garbage bag like one woman. Thanks for the rain jacket, Mom and Dad - best departing gift EVER! 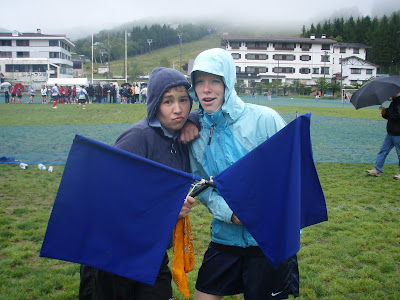 OK lets one thing straight. A pitch is somewhere you play sport on. A field is somewhere for cows to eat grass. It's pretty simple. I'm rubbish at football as well, I always got picked last and put in goals cause I was even shitter at every other position. Oh the misery of childhood sports days....