We were graced with the presence of this anomaly of a spider in the morning. 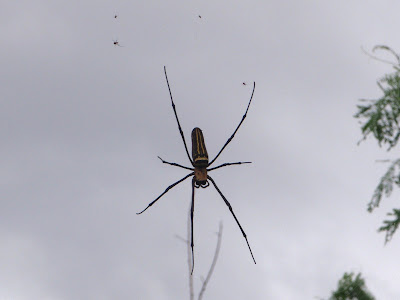 The rain didn't slow and this guy was still way more prepared than us. 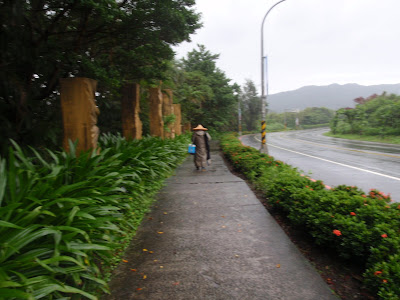 Like I said, Fulong is namely known as a beach town. But since we went far after the summer months, and it was crap weather, we had the whole place to ourselves. 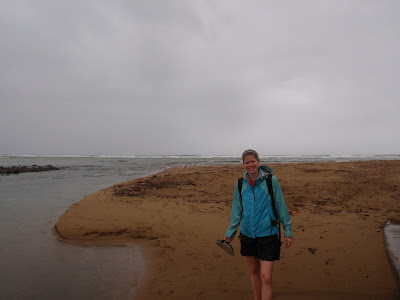 Waiting at Fulong train station (trains along the coast come only every hour and a half, which we always inevitably timed for the longest possible wait), a tourist group came through. We, of course, hopped in on their group picture. 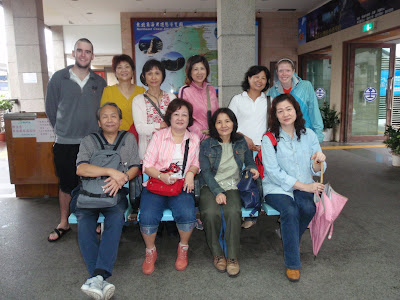 Eventually it came. The trains were always clean, usually had service carts, and were usually pretty comfy. 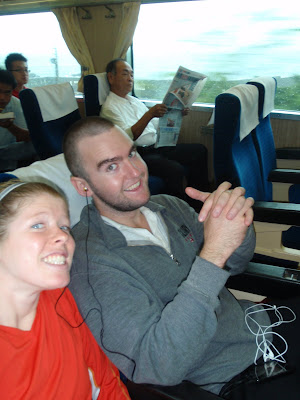 The view, heading down the east coast of Taiwan. 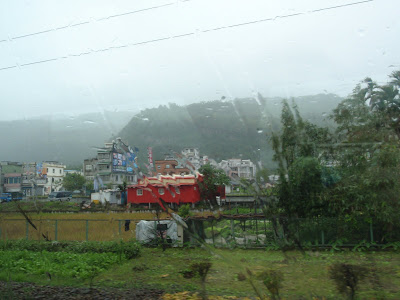 We always knew the destination, but never quite knew when it was coming up. What resulted upon our embarking at the stop for Tarako Gorge, was a mad grab for our like 13 bags, having to pull open 3 hinged doors (toward us, nonetheless), and then jumping off of a then moving fairly fast train. The results: disastrous. Picture a sprawled Sarah on the pavement between train tracks with a 70 liter backpack on and probably 5 bags scattered about, 3 concerned but amused train attendants, and a standing and unscathed Ronan. About 10 seconds AFTER I jumped, the train stopped. A little late. But, no serious injuries and not having to wait for another hour and a half to get back one stop was definitely worth it. 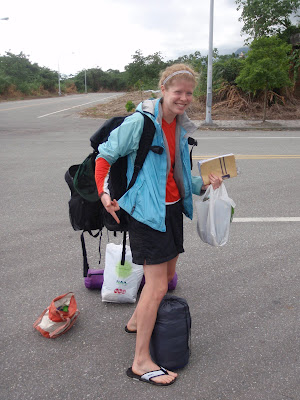 Taroko Gorge gets the status as 'Taiwan's top tourist destination'. Now, I'm not usually a huge fan of uber touristy places, but Lonely Planet's description totally sold me: "With its marble-walled canyons, lush vegetation and cliffs so outsized they block out the sky, Taroko Gorge puts the ‘Formosa’ in Ilha Formosa. Taroko contains almost half of all the animal species in Taiwan, including the Formosan black bear and wild boar... it’s not hard to spot a Taiwan macaque or two… The blue-green Liwu River cuts through the centre, gorging deep slitted valleys and ravines before emptying into the sea…there are numerous hiking trains and some lovely spots for swimming and river tracing”. Do I really have to explain why this location made the cut?
After the train debacle, we made our way to the visitor center to get all the necessary maps and chat with an absolutely wonderful park ranger who gave us the skinny on the best trails and how to get from point A to point B. We had over an hour to kill before the bus that "might or might not" show up came, so we strolled around the town a bit. 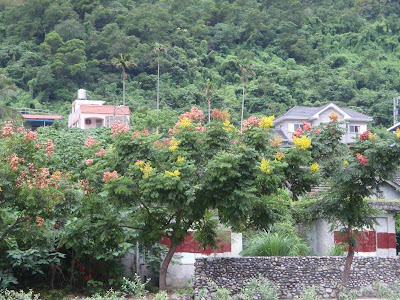 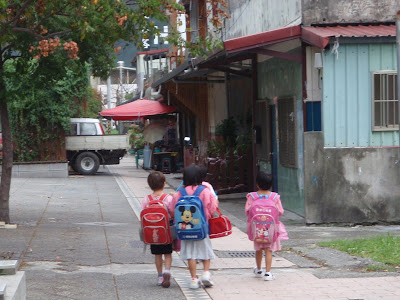 This is the bus we waited for and then PARTIED on! 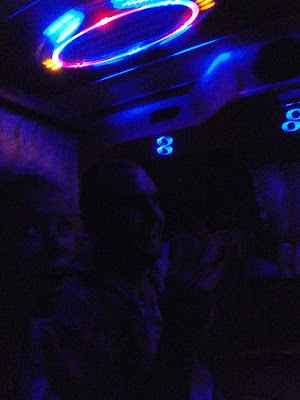 I tried not to let the confines of the party van distract my views from the amazing outdoors, though. 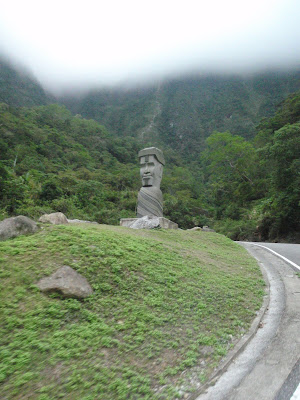 Setting up camp for the night at Lyushui Heliu . It was free and hands down the SWEETEST camp site I have ever stayed at. Considering my camping record, I'd say that's a pretty big compliment. 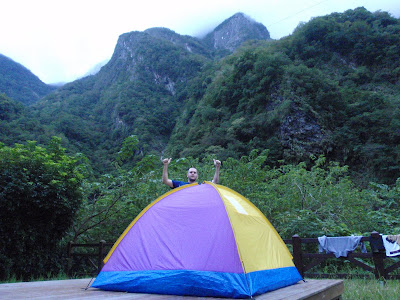 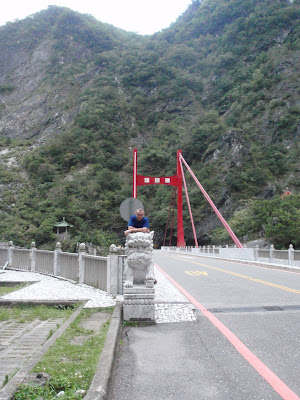 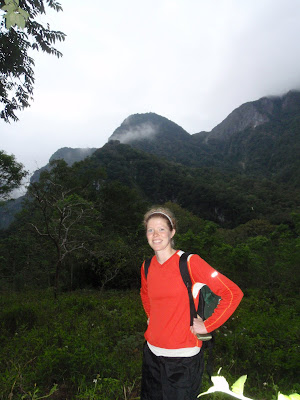 After the sun had set, and my stylish head lamp was on to make an obstacles clear and Blair Witch reenactments possible, I noticed a million and one of these little shiny things. At first, I kinda thought Ronan and I had stumbled upon some 'off the beaten track' money maker, littered with tons of diamonds or gems or something. Upon closer investigation, this is what I found: 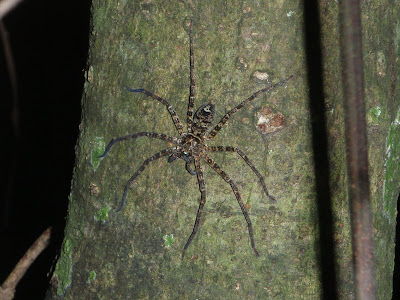 A bit disappointing.
Posted by Sarah M at 7:41 PM