The start of November brought me to the far, and not so distant from Japan, land of Taiwan. I really want to travel to as many countries as possible while I am over on this side of the globe, because let's face it: my future as a public educator in Wisconsin really isn't going to allow for much more round the world travel and internationalization. SO, I took a look at my little JET 'diary' planner, found the red holiday dates, and planned a vacation to Taiwan. It started out just being Brooke and I, and before I knew it, eight other people had booked tickets as well. SO, the trip was kind of divided up into the bit with 9 people in Taiwan and the bit with 2 people down the east coast. Come travel with me, if you will.

After spending an entire day, afternoon, and night traveling to the airport, and flying on a first class airplane that was literally sponsored by 'Hello Kitty' (complete with Hello Kitty adorned napkins, utensils, fish cakes, and mochi desserts), Ronan and I made it into Taipei a few days after the rest of the crew.
The next morning, I led those interested on my "Taipei in a day" itinerary. First on the agenda: Longshan temple: the quintessential Tai temple. 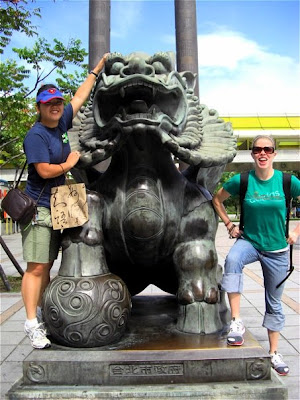 The only picture of all us Gunmanians (and one Tokyoite) together. 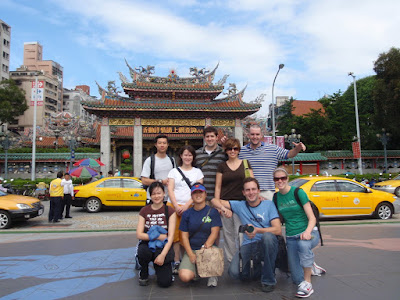 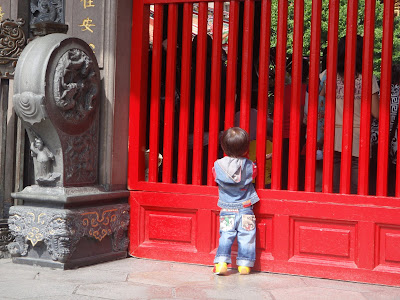 The details at the temple were absolutely incredible. It was originally built in 1738, but has since been rebuilt several times, especially during and after the wars. Longshan temple is interdenominational. 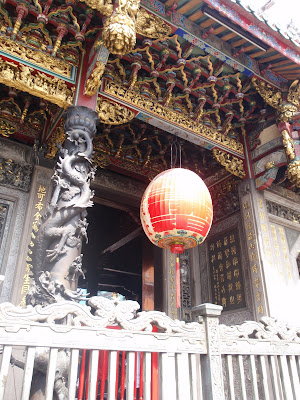 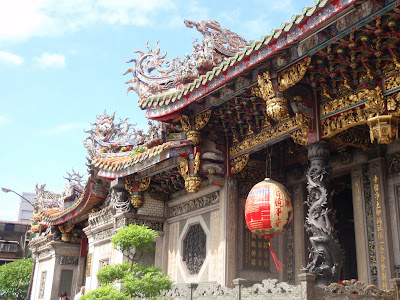 Brooke and Laurel inside the courtyard paying their respects. 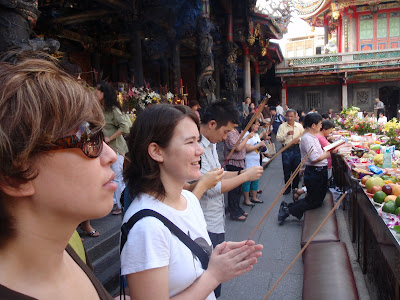 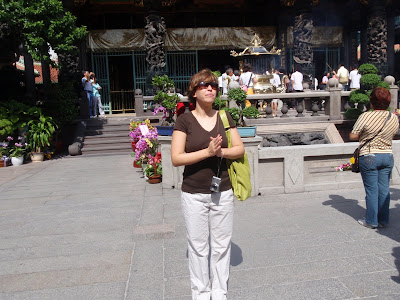 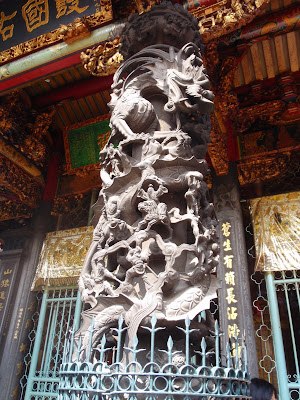 The backside of the courtyard with an incense bundle burning out of control! 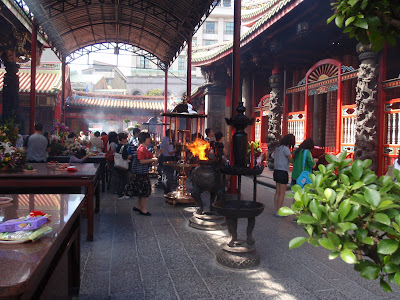 Next stop: Taipei 101. It is still currently classified as the world's tallest building, but is soon to be outdone by a skyscraper in Dubai. Until September 2009 though, I totally got to say I was in the World's Tallest Building! 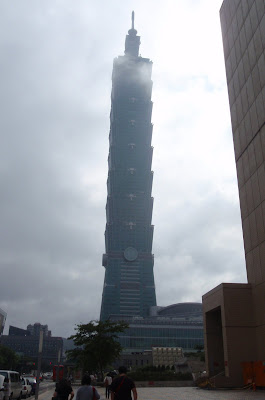 Taipei 101 apparently embodies a lot of symbolism, but the most cited one is that it is intended to look like a massive bamboo stalk. Looks more like a building to me. 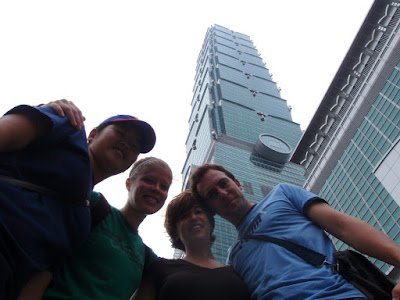 I'm not that into architecture or anything, but reading up a bit on the planning and struggles that went into constructing this bad boy was quite impressive. Plus, heights are fun - especially when you go with people that are scared of them. The building is indeed 101 stories, and you can go up to the 98th via "the world's fastest elevator" in less than 45 seconds. Ear poppage for sure. 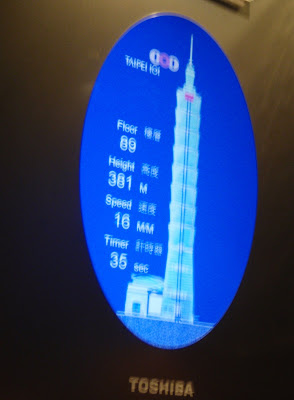 Even though it was pretty cloudy, the view from atop was pretty sweet. Like in Tokyo, I was most impressed with the mixture of city and nature. There is a significant portion of Taipei where parks have been maintained and it keeps a very nice balance throughout the city. 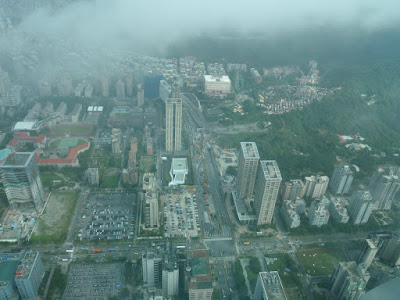 This sign was very clever and managed to get me interested in the building's "damper"... something I didn't even KNOW existed before. 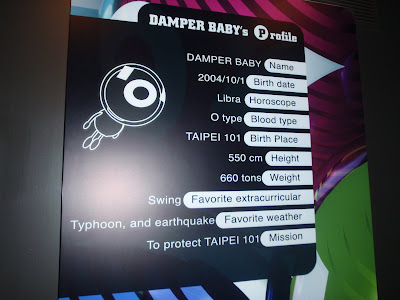 The damper basically stabilizes the building to prevent damage during extremely adverse weather. At $4 million, I hope it does its job! 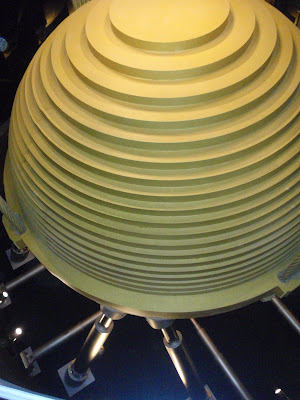 An entire floor in the building was dedicated to coral... it's somehow different than sea coral and for some reason very important to Taiwan's economy. You can tell I was reading and retaining very well that afternoon. 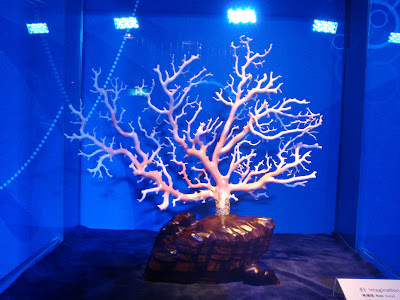 I think I wasn't really paying that much attention to the coral, because the MAIN reason I brought everyone to Taipei 101 was for the free food samples at the ritzy grocery store in the basement. I LOVE Sam's Club and the 'cooker ladies', but this outdid Sam's on every level. 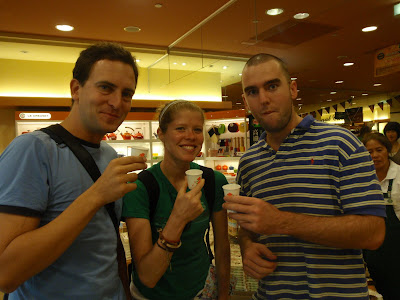