The All-Japan ALT Soccer Tourney in Nagano last October was such a blast, I knew had to go back for year two. The anticipated fun was met, AND exceeded! The newbies were initiated properly and brought their A day and night game.

This year, the girls' team not only got to play on 'real' fields, we actually had enough players for subs, there wasn't a drop of rain, and we got to stay for the included curry and rice lunch on Sunday. All in all, a total success. 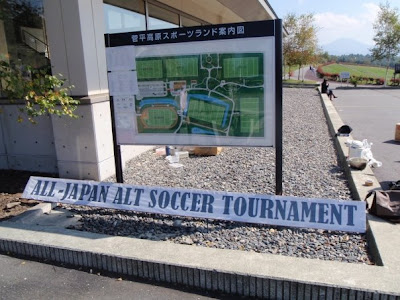 An expected 6am departure of course means be left around 7am. Got to the fields just in time for the boys to play their first game of four on Saturday. 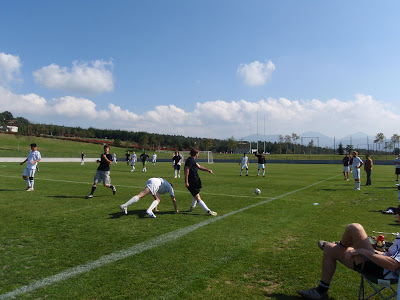 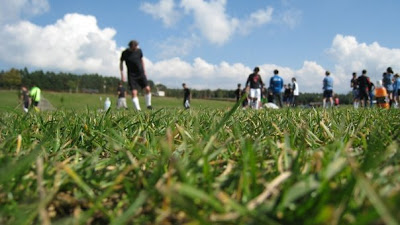 (above picture taken by Cynthia Leon)
Our fields were next to each other this time, so we actually got to support our Gunma males... and they got to nap for our games. 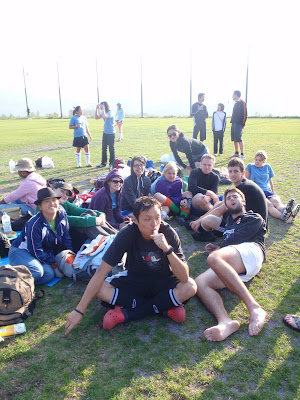 I don't know about everyone else, but I don't know the first thing about soccer. I look like a confused sprinter dropped in the middle of a soccer pitch who wants to play for both teams but never really does anything productive. Although there were much more informed and skilled players on the team, we did end up losing three games and tying one by the end of Saturday. 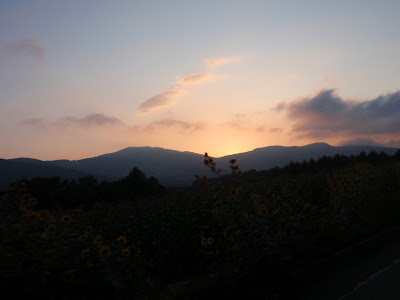 Our spirits were still up on Sunday and our support was incredible. 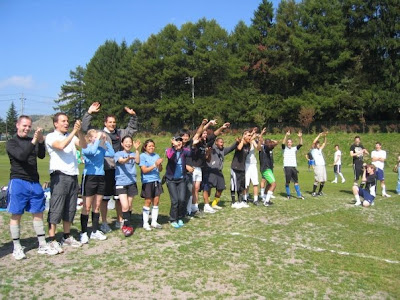 Aaaahhhh, what do I do now? 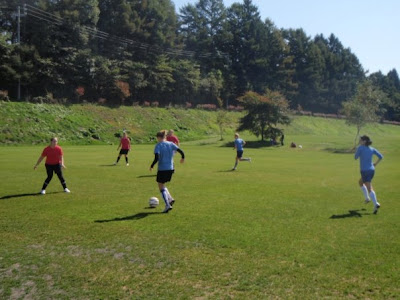 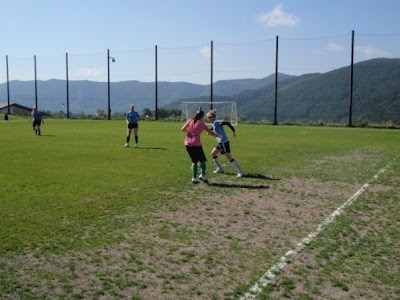 Kick it back to Laurel! Look at those legs!!! 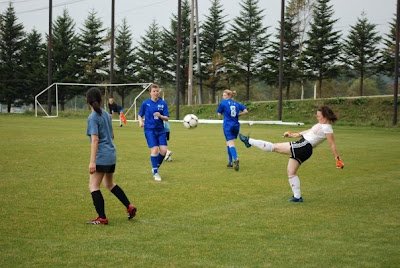 (above picture taken by Symerna Blake)
We lost. It was single elimination. But we got a mannnnnnnnnnn tunnel! 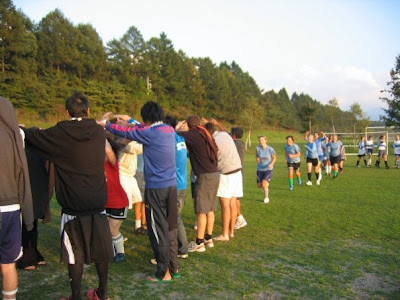 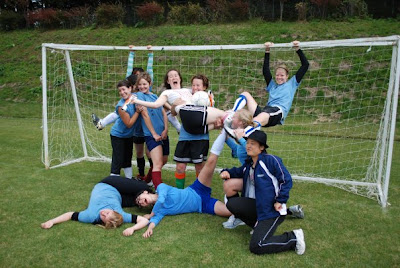 And line judging, as that is the losing team's responsibility. 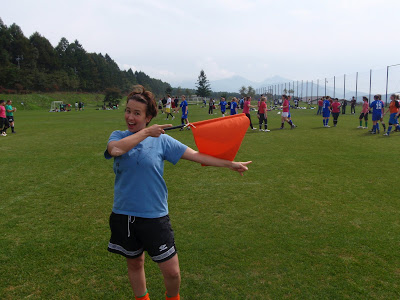 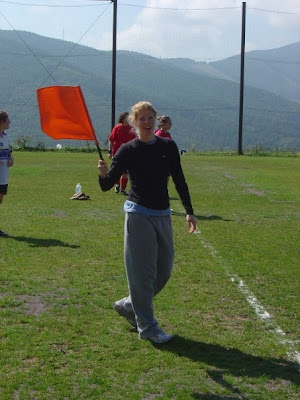 Back to support the boys' in their final game on Sunday. They made it to the loser's bracket championship... they lost in an intense shoot out. 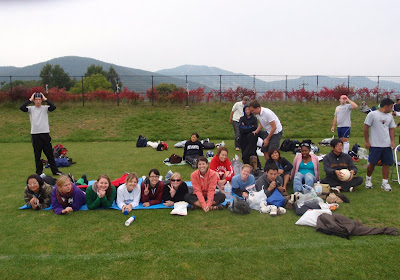 And gorgeous women to match it! Brooke, me, Helen, and Kristine. 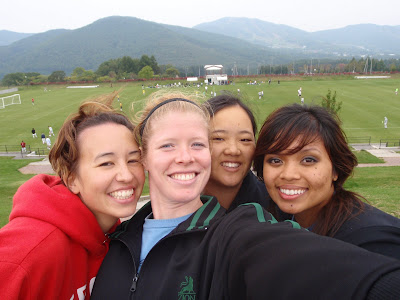 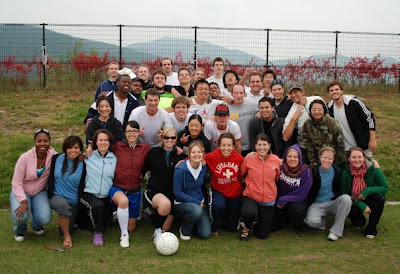