After all the touristing for the day, we made it to the second big event of the trip: Kanto Matsuri (Festival) in Akita city, Akita Prefecture.
This festival is held annually to ensure all those massive grain harvests Akita is used to, as a leading rice-growing area. About 1.3 million people visit the festival every year, so the streets and city basically close down for this one parade. There were benches set up all throughout this roads median, but nobody could actually sit down until exactly 30 minutes before the parades commencement. 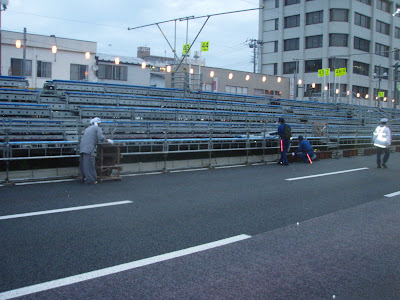 The parade consists of what seems like an endless procession of Kanto. A Kanto is an array of many candle-lit lanterns hung on a bamboo frame and each one is meant to look like a glowing ear of rice. This is one on display before the night dawns. 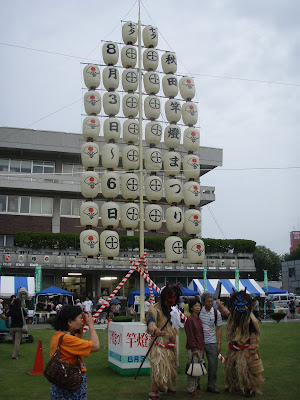 Each kanto's lanterns had a different design/sponsor: my favorite was the whale, hands down!

*the majority of the pictures are taken from Alexander Laws: http://www.photoblog.com/AlexanderLaws/2008/08/03/kanto-matsuri.html . 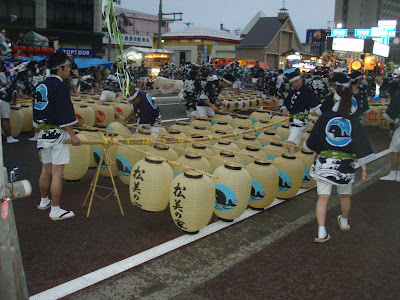 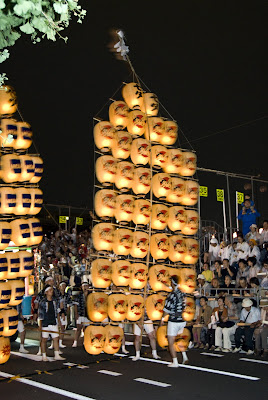 The men lift the Kanto onto their palms, foreheads, shoulders, and lower backs and attempt to balance them as the spectators jeer and cheer them on. For the first few minutes I was peeing my pants, envisioning one of these Kanto cracking my skull in half as an overconfident Akita-n attempted too poorly to hold the 110 lb mock ear of rice. As the first ones fell, I realized it wasn't fate or magic keeping them from hitting me, but rather the wires lining the streets above me. 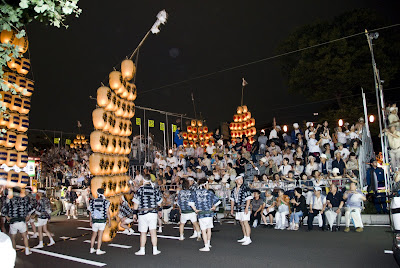 The stress on technique instead of brute strength (there have been men in that past that could hold 50 kanto!!!) has happened only recently. The Kanto tradition has been going on since the mid 18th century to request good harvests and protection of physical health by cleansing the body of evil spirits and impurities. 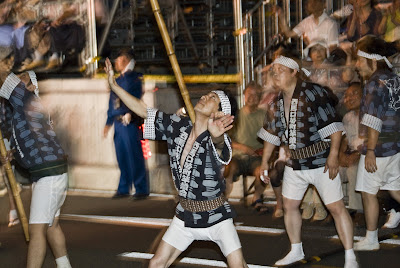 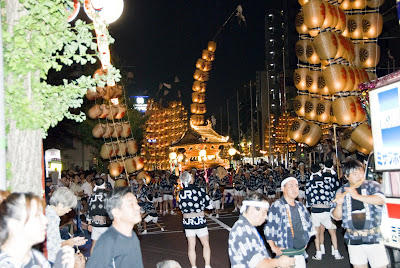 Alex is brilliant: love this pic! 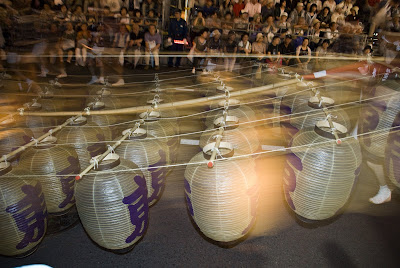 Low quality video to give you a pan of the Kanto Festival in action. 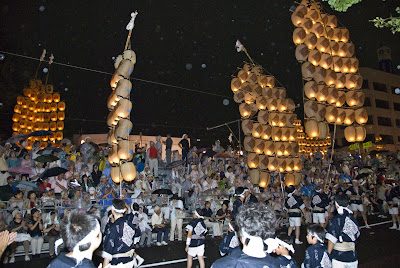 So, the wires stop the Kanto from falling into the crowds... unless of course, the bamboo breaks! 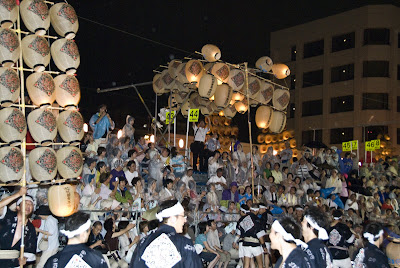 It's like the back kanto is sympathy falling for the front one... either way, they both went down! 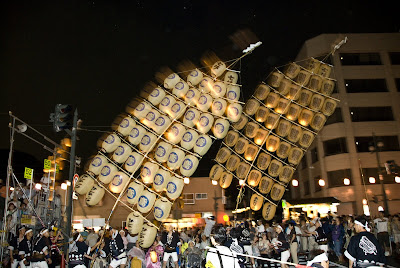 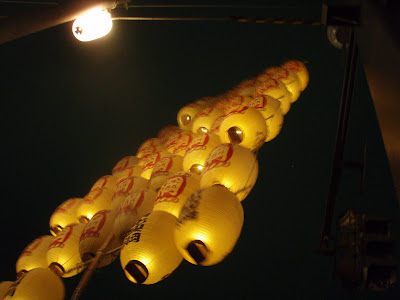 Overall, an awesome festival very unique to the region and something I had never seen before. Who would've thought staring at men lifting big poles and lights could be so exciting?
Posted by Sarah M at 7:39 PM