For my last day of birthday fun, we went to Fuji Q Highland: an amusement park in Yamanahshi Prefecture.
Here's the whole crew in front of our hostel, which was super cute, nice, and convenient. 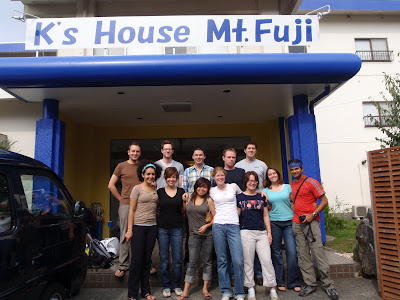 The oohs and ahh's in our car as we approached the park were resounding. The rides looked re-dunkulous. This is the Pizza-la ride, Tonde Mia! from the side. 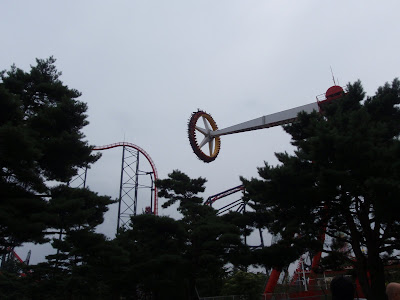 We got a bit of a late start... essentially because we had 11 people and had to all wake up and eat breaky and all, which apparently takes for-ev-er. Anyway, we eventually made it and decided to hit up all the main rides 'first'. Our first go was on the park's most recent edition, Eejanaika (2006). It's the world's second 4-dimensional roller coaster, meaning the chairs can rotate 360 degrees forward or backward in a controlled spin. I was inverted three times on the ride.
Everyone but Dean (the one going "no no no no" in the video) braved this ride out. It was definitely my favorite of the day...

...even if my hair did look like this after the ride. 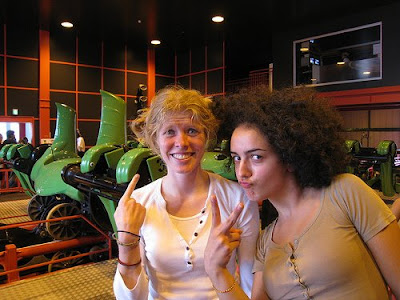 Rules to remember before riding Eejanaika: 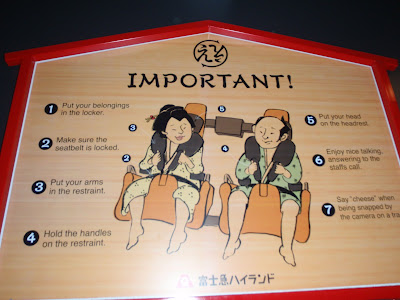 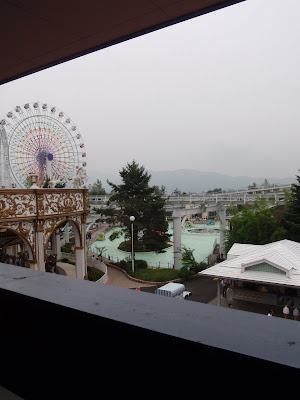 You can get corn, squid on a stick, and a hot dog wrapped in a tortilla - but none of those options were as tempting as the peach or blueberry ice cream. 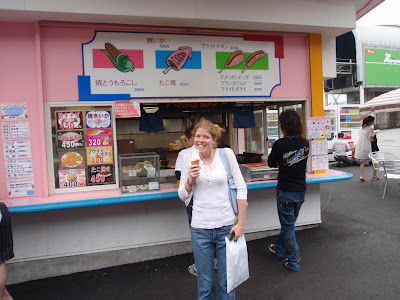 Except to Alex, who got the tortilla wrapped hot dog. 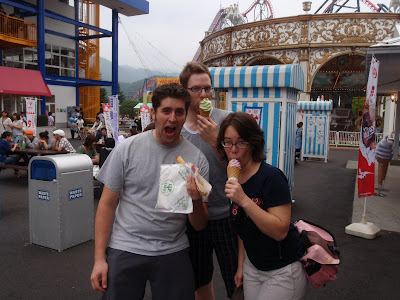 Amusement parks in Japan also have awesome cut-outs to pose in. 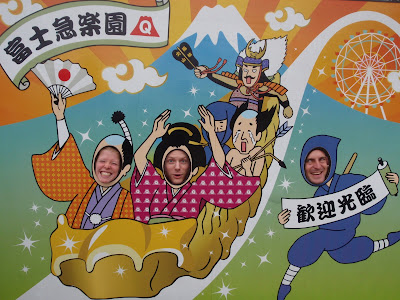 And game alleys: reminded me of State Fair a bit, but with way nicer prizes and way less townies. 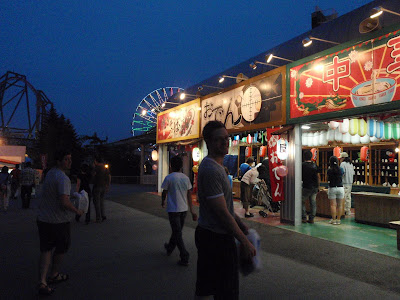 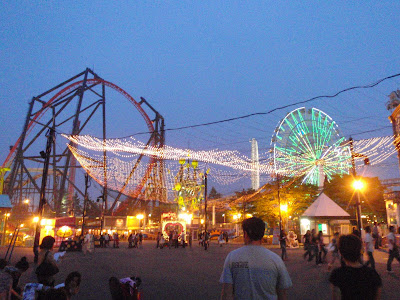 Oh, this is love! 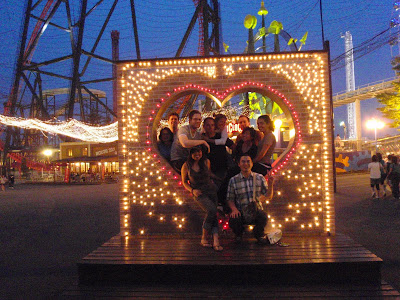 The park closed at 7pm, but all the rides stopped entrance at like 6pm. So, we walked around posing with things and feeding into their brilliant marketing scheme by buying random stuff. 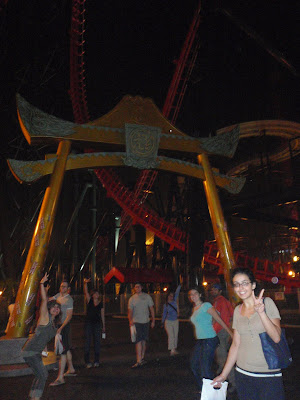 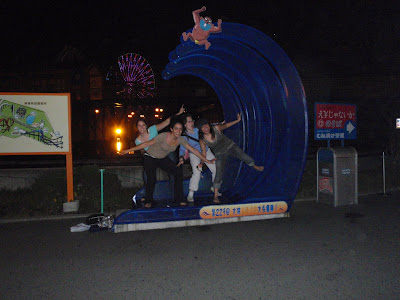 Look out! Do not wash your blue hair in Fuji Q. 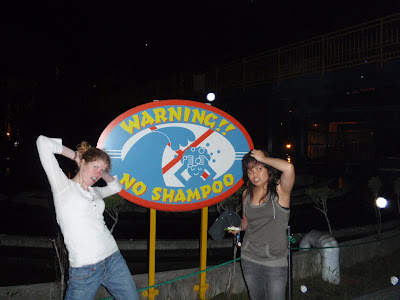