Every elementary school across Japan has an annual Sports Festival in August. From what I gather, they spend almost the entire first semester preparing for it. The whole school is involved and it's pretty sweet. There are games, races, choreographed dances, and singing. In Maebashi, there are three or four teams. Each team is named after a major mountain: Myogi, Haruna, Akagi, or Asama.

Here, Myogi is planning and practicing their dance routine. 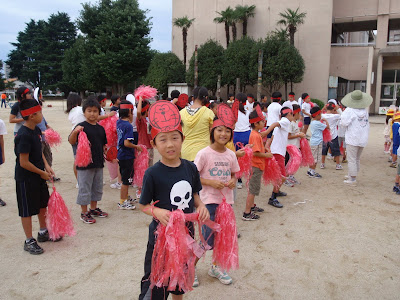 The school grounds are meticulously groomed and prepped before the event. I had the pleasure of joining them during weed picking time. 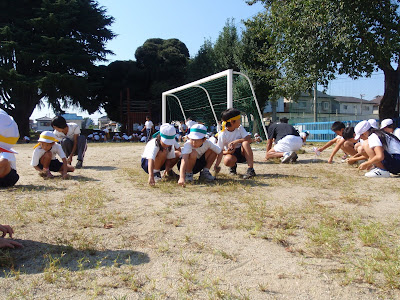 The day has come! There was a 90% chance of rain and a typhoon predicted for this Saturday. As you can see, it all worked out.
Everyone gather in army like formation for the commencement of the event. 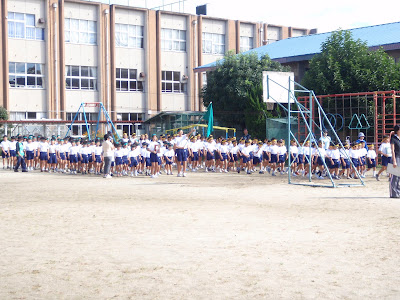 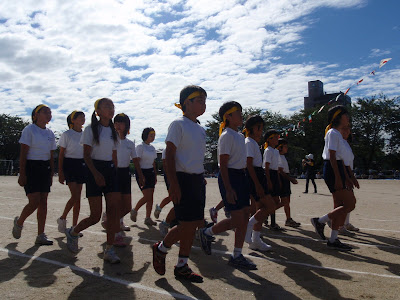 After the flag procession, proper row and column checks, and all the important people have been introduced, it's time to stretch! 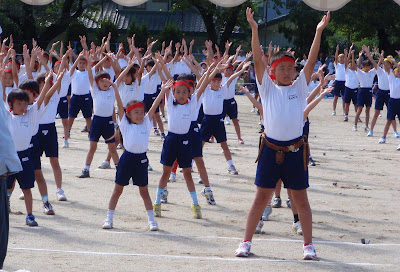 Next up: school song.
And they're off! 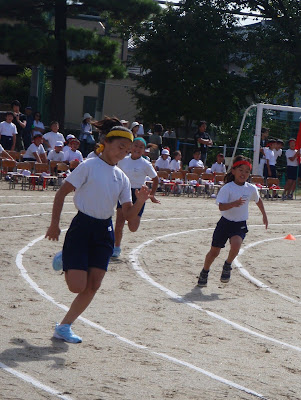 One of the many glorious choreographed dances. 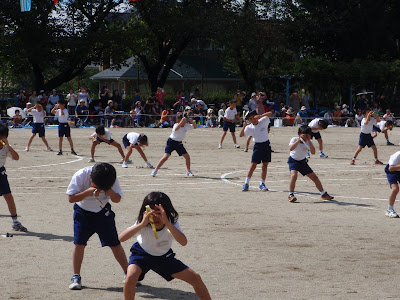 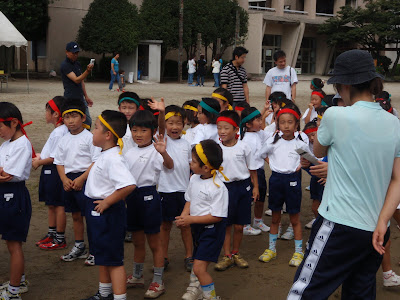 Not before attempting to be as stylish as I am, of course. 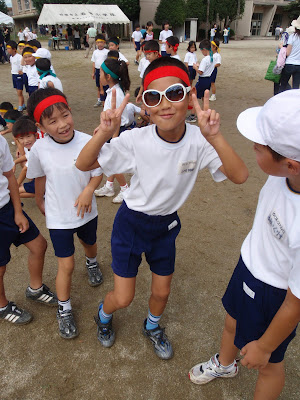 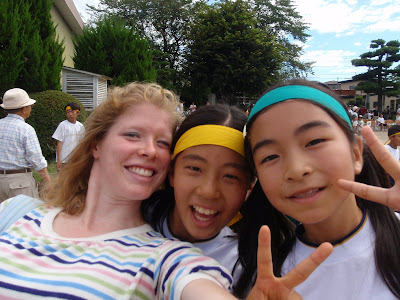 Ichi-nensei (1st grade) student so proud of getting third place in his race! 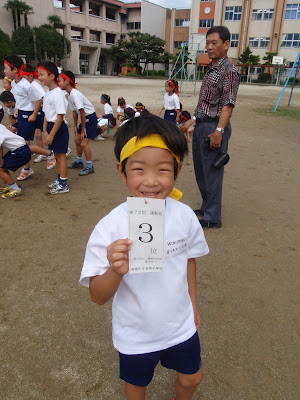 A student from each team ran out as a 'clown' after the races to show everyone the point totals... Myogi's in the lead! 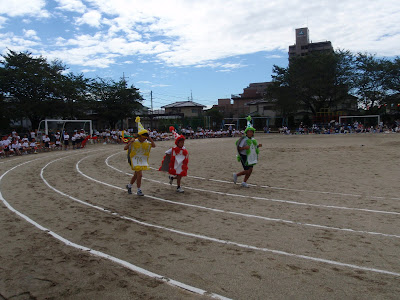 Let the games begin: check out the colored caps on their heads. 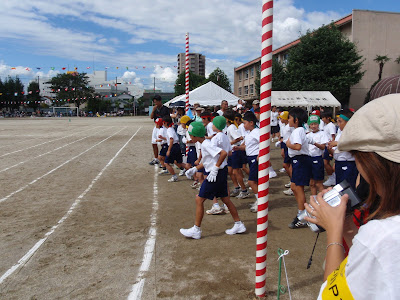 The object of this game was to grab those caps off the other teams heads. Crazy. 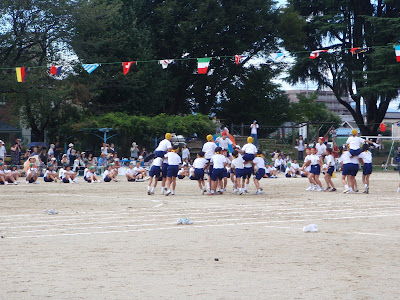 Watch this video for another, equally entertaining game somebody devised. I have no idea how this really originated, but I can imagine a bunch of exhausted teachers, sitting around, thinking up these games late one night back during the war period. They needed something so ridiculous that everyone would smile and laugh during such trying times. What they didn't know is that generations and generations to follow would be playing the same ridiculous games.
Posted by Sarah M at 9:04 PM