We Are Japanese Tourists

Day two of our Japanese tour bus extravaganza put us back on the bus and heading back down south to Maebashi. Tomomi signed us up for the tour package and we knew we'd get to see the Nebuta and Kanto Festivals, but weren't really sure where else we'd be stopping along the way. There are some tour bus stops in Gunma that are are pretty lame (i.e. one room mushroom storage building), so weren't expecting much else other than the festivals.

But, there were lots of stops at rest stations with ice cream; got to try spinach, peach, and apple ice cream! Spinach was surprisingly delicious. 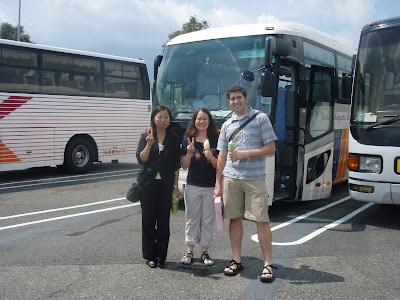 I'm not sure exactly where this stop is, but the 'attraction' was a Casting Works building. I felt kind of weird to be following all the Japanese around but I especially loved our cute lil tour guide with her mini flag. I think it's worth noting that we were quite literally always the last people on the bus. Didn't matter if it was 30 seconds or 10 minutes before the stated bus departure time, we were always last. I don't know if the other Japanese were annoyed with our timing (always on time or early), but I always felt guilty. 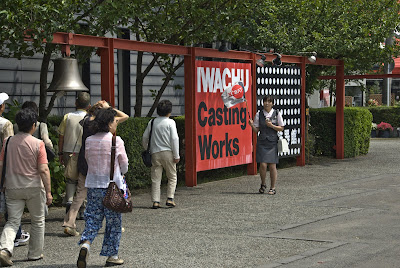 I didn't know what half of the placards with explanations were saying, but the whole casting process appears to be pretty interesting, actually.
Laurel, me and a BIG nabe pot. 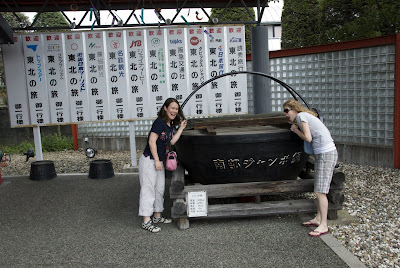 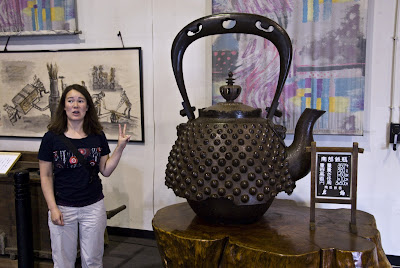 Where the casting magic begins. 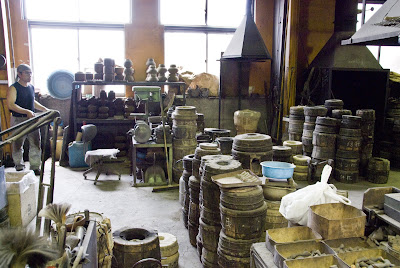 Heading through northern Honshu, the views from the bus were gorgeous. Many of the rice paddies were near ready for harvesting. 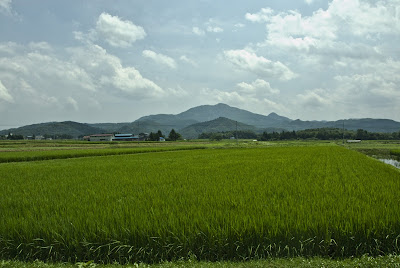 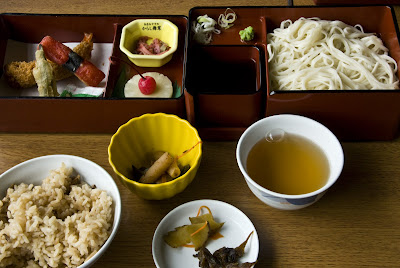 Lake Towada is a 327 meter deep crater lake and is pretty incredible. Hard to capture on film, but from the side, the water appears to be an impeccable blue shade. 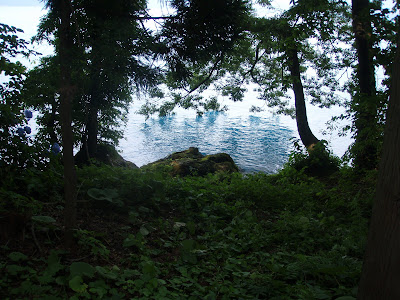 I can't remember the name of this woman statue, but I think I can safely call her Sarah #2 for the time being. There was some sweet legend behind her, but it's escaped me now. 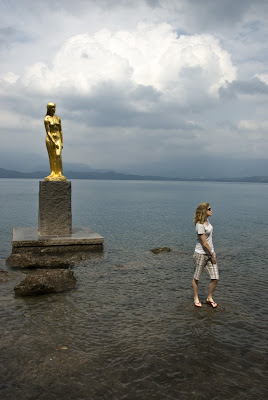 This little fisherman thought it'd be funny to put dead fish on the pier I was intending to walk on. It was only mildly funny. 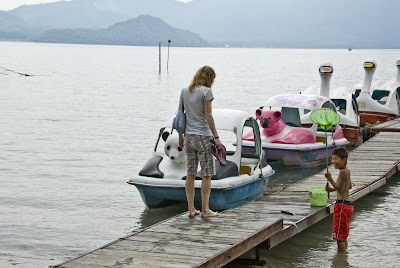 Laurel and I were playing with all the bizarre stuff on the beach. 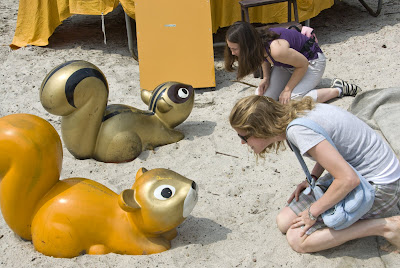 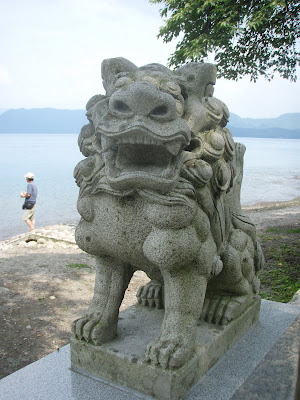 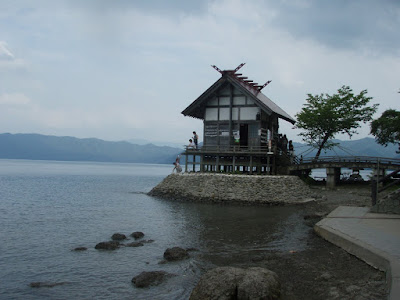 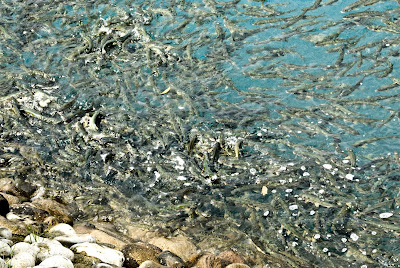 Next Japanese tourist stop was less impressive than Towada-ko and probably even with the Casting Iron Works place. It was an area called Kakunodate, still in Iwate-ken. It felt like a town built entirely for tourism. Like nobody actually lived anywhere remotely near there, and there were just streets upon streets of gift shops with pretty crap gifts. There were also several 'historical' houses which you had to pay to get in. We basically just enjoyed the scenery and walking in the nice weather, but the actual 'sights' were less than stellar. 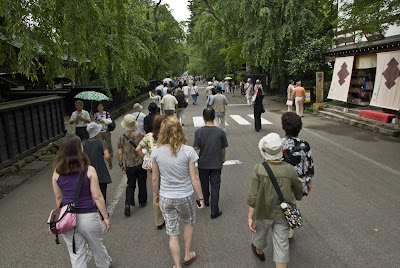 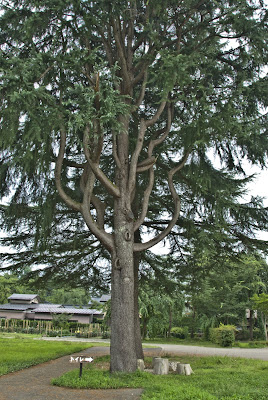